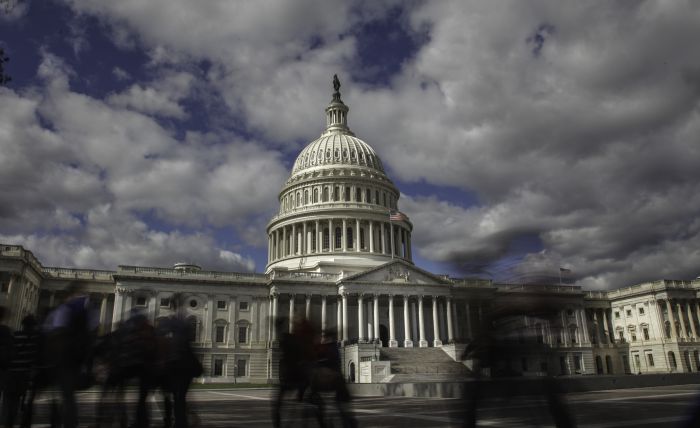 Joseph Zeira
Joseph Zeira is a Professor of Economics at the Hebrew University of Jerusalem and the current president of the Israeli Economic Association.

A new study tracks the influence of public policy on inequality and argues that the main rise in inequality has been a result of the decline in public sectors in the OECD countries.

Income inequality has been at the forefront of public debates in the US and around the world in recent years, fueling voter dissatisfaction in liberal democracies and contributing to the rise of far right populists. Inequality has become a particular area of interest for economists, as numerous studies show a dramatic rise in income and wealth inequalities since the 1980s.

Research in economics reacts both to the real world around us and to the new tools available to us. As global inequality increased significantly, new tools of research in neoclassical economics have been developed, mainly the use of models of heterogeneous agents. Economists have begun to analyze the effects of the distribution of income on other macroeconomic variables, like aggregate output and technical change. They have also begun to study what determines the distribution of income and why it differs so much both across countries and over time.

In our recent paper “Inequality and Public Policy,” we explore why inequality differs across countries and over time. The paper focuses on the role of public policies, namely the policies of the central governments, local governments, and the other public institutions that together form the public sector. We discuss both budgetary and non-budgetary policies. Since most of the effects of public policy on the distribution of income are straightforward and there is no need for fancy models to understand them, the paper is empirical. Our empirical work focuses on OECD countries, since data collection on income and policies in the most developed countries is of higher quality. We also examine a wider set of countries and find that our results are robust.

Focusing on the effects of policy on inequality does not mean that we ignore other determinants of inequality, such as the level of development, globalization, and technical change. Nevertheless, our research shows that the effect of public policies is not only statistically significant, but is also quite large. One way to see the effect is to examine the difference between the distribution of economic income, which is determined in the labor market, and disposable income after receiving subsidies and paying direct taxes, mainly income tax. The gap between the two types of income will be due to public policies.

The paper begins the empirical analysis by showing that the redistribution of income through direct taxes and transfers is significant and large. It does so by using a regression analysis in which the explanatory variables are market income inequality, direct taxes as percent of GDP, and subsidies as percent of GDP, while the explained variable is inequality of disposable income. This analysis shows that both taxes and subsidies have a significant and strong effect.

In light of these results, we raise a conjecture that inequality of disposable income should decrease if the government increases its intervention in the economy. To test this conjecture, the paper measures public intervention by public expenditures as percent of GDP.

Indeed, the analysis shows that the share of public expenditures in GDP has a negative, significant, and large effect on inequality. For a given level of inequality of market income, a rise of public expenditures by an additional percent of GDP reduces the Gini coefficient of disposable income by 0.35 percentage points. Since the size of public expenditures across the OECD countries varies from 35 to 55 percent of GDP, this variable can therefore explain variability of the Gini coefficient of 7 percentage points across these countries. The Gini of disposable income in the OECD countries varies from 0.25 to 0.4. Hence, changes in public intervention can explain half or even more of these differences.

To cope with the problem of potential reverse causality, we use the tool of “Instrumental Variables”: variables that are not supposed to affect inequality directly, but affect public expenditures. If we observe that they are correlated with inequality, it means that there is a direct effect to public expenditures on inequality. One can claim that the regression analysis described above does not measure well the effect of public policy on inequality, since causality can go both ways—public policy not only can affect inequality, but can be affected by it as well. Indeed, some economists claimed in the 1980s that one of the main reasons for the rise of government during the 20th century was high inequality.

To rule out the possibility of reverse causality, we use two instrumental variables: the size of public debt (which affects expenditures through interest payments) and the share in population of homeless due to natural disasters. These two variables do not have any direct link to inequality, but they do affect public expenditures. Our regressions show that these two variables have a significant effect on inequality of disposable income. We conclude that this effect must work through the mechanism of public expenditures. We also shows that the effect implied by these instrumental variables is very close to the effect of public expenditures when measured directly, which rules out the possibility of a bias.

In the second stage of our analysis, we turn to examine the effects of public policies on the distribution of market income. There are very few studies on this topic, and this analysis is quite preliminary. The paper identifies four policy tools that can affect this distribution in theory. The first is public expenditures on education, which has a significant effect on the supply of human capital and through it on the distribution of market income. The second policy is public investment in infrastructure and in public transportation, which reduces costs of mobility from the center to the periphery and thus reduces inequality of market incomes. The third public policy that affects market incomes is hiring by the public sector, which is a large employer. The fourth public policy is regulation of the labor market by the government, which also affects market incomes.

We then test how the four interventions by the public sector affect the distribution of market income across countries and over time. The tests use panel regressions, which also control for other variables that reflect common explanations for inequality, like economic development, globalization, and technical change. These regression tests find that the four public policies affect inequality as expected, although the effect is not always significant. First, the effect of public education is indeed not monotonic. Increasing public education up to 6 percent of GDP reduces inequality, while beyond 6 percent it increases inequality. Since most OECD countries spend less than 6 percent of GDP on education, public education tends to reduce inequality.

Finally, we use the results of our analysis to estimate which variables have contributed most to the recent rise in inequality in the OECD countries. We find that the main rise in inequality has been a result of the decline in public sectors in the OECD countries. We focus our analysis on 14 countries in the OECD that have full data for the entire period. Public expenditures as a share of GDP in these countries decreased significantly from 52.7 percent of GDP in 1996 to 46.8 percent of GDP by the year 2015. This significant decline should account for a rise in the Gini of disposable income of 2 percentage points, which is the actual rise over these years.

Michele Battisti is an Associate Professor at the University of Palermo. Joseph Zeira is a Professor of Economics at the Hebrew University of Jerusalem and the current president of the Israeli Economic Association.