The Road to Digital Serfdom? The Visible Hand of Surveillance Capitalism 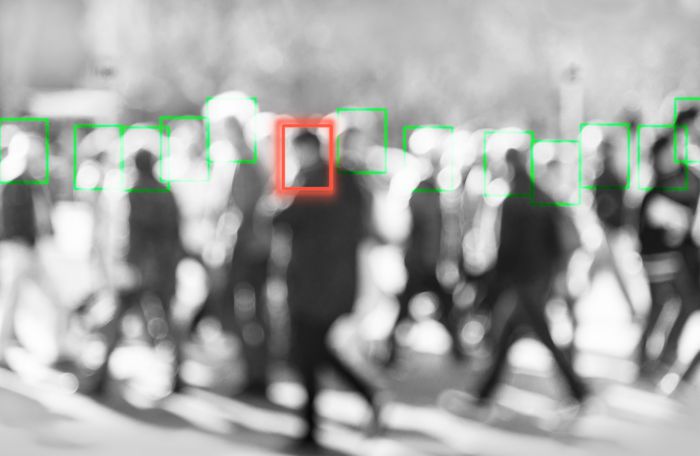 Shoshana Zuboff
Shoshana Zuboff is the Charles Edward Wilson Professor emerita at Harvard Business School and a former faculty associate at the Berkman Klein Center for Internet and Society at Harvard Law School. She is the author of The Age of Surveillance Capitalism (PublicAffairs, 2019).

Surveillance capitalism departs from the history of market capitalism in three startling ways. First, it insists on the privilege of unfettered freedom and knowledge. Second, it abandons long-standing organic reciprocities with people. Third, the specter of life in the hive betrays a collectivist societal vision sustained by radical indifference and its material expression in Big Other. In this chapter we explore each of these departures from historical norms and then face the question that they raise: is surveillance capitalism merely “capitalism”?

I. Freedom and Knowledge

Surveillance capitalists are no different from other capitalists in demanding freedom from any sort of constraint. They insist upon the “freedom to” launch every novel practice while aggressively asserting the necessity of their “freedom from” law and regulation. This classic pattern reflects two bedrock assumptions about capitalism made by its own theorists: The first is that markets are intrinsically unknowable. The second is that the ignorance produced by this lack of knowledge requires wide-ranging freedom of action for market actors.

The notion that ignorance and freedom are essential characteristics of capitalism is rooted in the conditions of life before the advent of modern systems of communication and transportation, let alone global digital networks, the internet, or the ubiquitous computational, sensate, actuating architectures of Big Other. Until the last few moments of the human story, life was necessarily local, and the “whole” was necessarily invisible to the “part.”

Adam Smith’s famous metaphor of the “invisible hand” drew on these enduring realities of human life. Each individual, Smith reasoned, employs his capital locally in pursuit of immediate comforts and necessities. Each one attends to “his own security… his own gain… led by an invisible hand to promote an end which was no part of his intention.” That end is the efficient employ of capital in the broader market: the wealth of nations. The individual actions that produce efficient markets add up to a staggeringly complex pattern, a mystery that no one person or entity could hope to know or understand, let alone to direct: “The statesman, who should attempt to direct private people in what manner they ought to employ their capitals, would… assume an authority which could safely be trusted, not only to no single person, but to no council or senate whatever.…”1

The neoliberal economist Friedrich Hayek, whose work we discussed briefly in Chapter 2 as the foundation for the market-privileging economic policies of the past half century, drew the most basic tenets of his arguments from Smith’s assumptions about the whole and the part. “Adam Smith,” Hayek wrote, “was the first to perceive that we have stumbled upon methods of ordering human economic cooperation that exceed the limits of our knowledge and perception. His ‘invisible hand’ had perhaps better have been described as an invisible or unsurveyable pattern.”2

As with Planck, Meyer, and Skinner, both Hayek and Smith unequivocally link freedom and ignorance. In Hayek’s framing, the mystery of the market is that a great many people can behave effectively while remaining ignorant of the whole. Individuals not only can choose freely, but they must freely choose their own pursuits because there is no alternative, no source of total knowledge or conscious control to guide them. “Human design” is impossible, Hayek says, because the relevant information flows are “beyond the span of the control of any one mind.” The market dynamic makes it possible for people to operate in ignorance without “anyone having to tell them what to do.”3

Hayek chose the market over democracy, arguing that the market system enabled not only the division of labor but also “the coordinated utilization of resources based on equally divided knowledge.” This system, he argued, is the only one compatible with freedom. Perhaps some other kind of civilization might have been devised, he reckoned, “like the ‘state’ of the termite ants,” but it would not be compatible with human freedom.4

Something is awry. It is true that many capitalists, including surveillance capitalists, vigorously employ these centuries-old justifications for their freedom when they reject regulatory, legislative, judicial, societal, or any other form of public interference in their methods of operation. However, Big Other and the steady application of instrumentarian power challenge the classic quid pro quo of freedom for ignorance.

When it comes to surveillance capitalist operations, the “market” is no longer invisible, certainly not in the way that Smith or Hayek imagined. The competitive struggle among surveillance capitalists produces the compulsion toward totality. Total information tends toward certainty and the promise of guaranteed outcomes. These operations mean that the supply and demand of behavioral futures markets are rendered in infinite detail. Surveillance capitalism thus replaces mystery with certainty as it substitutes rendition, behavioral modification, and prediction for the old “unsurveyable pattern.” This is a fundamental reversal of the classic ideal of the “market” as intrinsically unknowable.

Recall Mark Zuckerberg’s boast that Facebook would know every book, film, and song a person had ever consumed and that its predictive models would tell you what bar to go to when you arrive in a strange city, where the bartender would have your favorite drink waiting.5 As the head of Facebook’s Facebook’s data science team once reflected, “This is the first time the world has seen this scale and quality of data about human communication.… For the first time, we have a microscope that… lets us examine social behavior at a very fine level that we’ve never been able to see before.…”6 A top Facebook engineer put it succinctly: “We are trying to map out the graph of everything in the world and how it relates to each other.”7

The same objectives are echoed in the other leading surveillance capitalist firms. As Google’s Eric Schmidt observed in 2010, “You give us more information about you, about your friends, and we can improve the quality of our searches. We don’t need you to type at all. We know where you are. We know where you’ve been. We can more or less know what you’re thinking about.”8 Satya Nadella of Microsoft understands all physical and institutional spaces, people, and social relationships as indexable and searchable: all of it subject to machine reasoning, pattern recognition, prediction, preemption, interruption, and modification.9

Surveillance capitalism is not the old capitalism, and its leaders are not Smith’s or even Hayek’s capitalists. Under this regime, freedom and ignorance are no longer twin born, no longer two sides of the same coin called mystery. Surveillance capitalism is instead defined by an unprecedented convergence of freedom and knowledge. The degree of that convergence corresponds exactly to the scope of instrumentarian power. This unimpeded accumulation of power effectively hijacks the division of learning in society, instituting the dynamics of inclusion and exclusion upon which surveillance revenues depend. Surveillance capitalists claim the freedom to order knowledge, and then they leverage that knowledge advantage in order to protect and expand their freedom.

Although there is nothing unusual about the prospect of capitalist enterprises seeking every kind of knowledge advantage in a competitive marketplace, the surveillance capitalist capabilities that translate ignorance into knowledge are unprecedented because they rely on the one resource that distinguishes the surveillance capitalists from traditional utopianists: the financial and intellectual capital that permits the actual transformation of the world, materialized in the continuously expanding architectures of Big Other. More astonishing still is that surveillance capital derives from the dispossession of human experience, operationalized in its unilateral and pervasive programs of rendition: our lives are scraped and sold to fund their freedom and our subjugation, their knowledge and our ignorance about what they know.

This new condition unravels the neoliberal justification for the evisceration of the double movement and the triumph of raw capitalism: its free markets, free-market actors, and self-regulating enterprises. It suggests that surveillance capitalists mastered the rhetoric and political genius of the neoliberal ideological defense while pursuing a novel logic of accumulation that belies the most fundamental postulates of the capitalist worldview. It’s not just that the cards have been reshuffled; the rules of the game have been transformed into something that is both unprecedented and unimaginable outside the digital milieu and the vast resources of wealth and scientific prowess that the new applied utopianists bring to the table.

From The Age Of Surveillance Capitalism: The Fight for a Human Future at the New Frontier of Power, by Shoshana Zuboff. Reprinted with permission from PublicAffairs, a division of the Hachette Book Group. Zuboff is the Charles Edward Wilson Professor emerita at Harvard Business School and a former faculty associate at the Berkman Klein Center for Internet and Society at Harvard Law School.