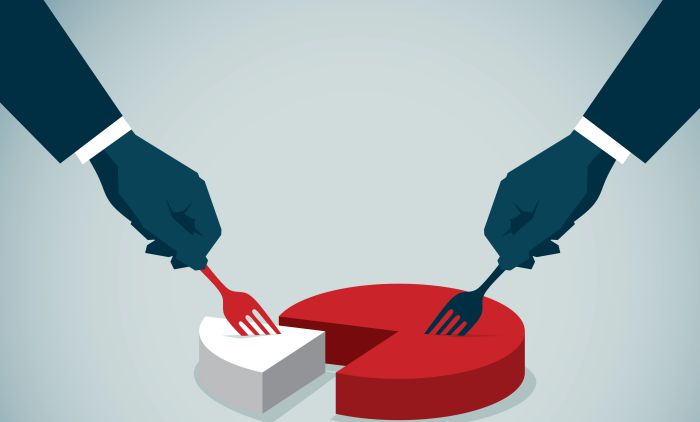 Kevin Rinz
Kevin Rinz is a labor economist in the Center for Economic Studies at the US Census Bureau.

A new study compares the trends in national and local industrial concentration between 1976 and 2015, and explains why they diverged.

The idea that firms may enjoy some wage-setting power in the labor market, commonly referred to as monopsony power, has received renewed attention in both public and academic debates over the last few years. Some policymakers have even suggested that monopsony power could play a role in stagnant wage growth and increased inequality. While little direct evidence on that possibility has been available until recently, the predicates for it to be true seem to be in place. Monopsony power can arise from a variety of broadly experienced phenomena, such as heterogeneity in preferences over job characteristics, frictions in the process of finding a new job, the inclusion of so-called “non-compete agreements” in employment contracts, agreements among employers not to poach each other’s employees, and high levels of labor market concentration.

Recent evidence indicates that a substantial share of local US labor markets can be characterized as highly concentrated and that increases in labor market concentration reduce average earnings. However, while employment has become more concentrated within industries at the national level over the last few decades, we know little about changes in local industrial concentration over time. Moreover, it is possible that the effects of changes in concentration could differ across groups of workers in ways that overall mean effects may obscure.

For an intuitive, though stylized, example of this dynamic, think about pharmacies. In the late 1970s, the typical person probably had access to at least a few mom-and-pop pharmacies within a reasonable distance of her home. Today, she has access to more pharmacies (the local pharmacy employment is less concentrated), but those pharmacies are less likely to be mom-and-pop operations and more likely to be part of a large firm like CVS or Walgreens (the national pharmacy employment is more concentrated).

The decline in local concentration has been geographically widespread, though there is variation across places in the magnitude of the decline, and some places have experienced increases, notably rural areas in the Great Plains area, as well as parts of Appalachia and the southeast United States. This variation allows me to estimate the effects of changes in concentration on earnings outcomes. I find that increases in concentration reduce earnings; moving from the median of the local concentration distribution to the 75th percentile would reduce average earnings by about ten percent. Higher concentration also increases earnings inequality, with the increase driven by falling values of lower percentiles of the distribution. My demographic analysis indicates that the increase in inequality is experienced across all groups I consider, and most also experience the decline in average earnings.

From a macroeconomic perspective, though, the magnitude of my estimates, combined with the trends in local industrial concentration I discussed above, suggest that this particular source of monopsony power is an unlikely candidate to explain decades of stagnating earnings growth and increasing inequality. If local industrial concentration had been at its 1976 levels in 2015, back-of-the-envelope calculations suggest that earnings would have been about one percent lower and earnings inequality, as measured by the ratio of the 90th percentile of the earnings distribution to the 10th percentile, would have been about six percent higher.

There are some areas, though, where the effects of increasing local industrial concentration may be felt more intensely. My research indicates that smaller, more rural markets have experienced increases in concentration in recent years, even as the average person has experienced little change. It also indicates that the relationship between concentration and earnings outcomes is more negative in these smaller markets. This combination suggests that people in these markets are especially exposed to the adverse consequences of increasing concentration. Future research should delve further into this issue.

There are several other interesting avenues for future work on the causes and consequences of local industrial concentration. How do changes in concentration affect the ways in which workers sort across firms? What role do associated changes in the distribution of firm size play in generating earnings effects? Do differences in business practices between entering, surviving, and exiting firms contribute? To the extent that earnings effects differ across demographic groups, can these differences be explained by differences in exposure to employer-side changes? Who, if anyone, is capturing monopsony rents associated with increased concentration? How do earnings effects of local industrial concentration compare to those associated with other sources of monopsony power? Answering questions like these is an important next step in understanding the role that concentration plays in imperfectly competitive labor markets.

Kevin Rinz is a labor economist in the Center for Economic Studies at the US Census Bureau.