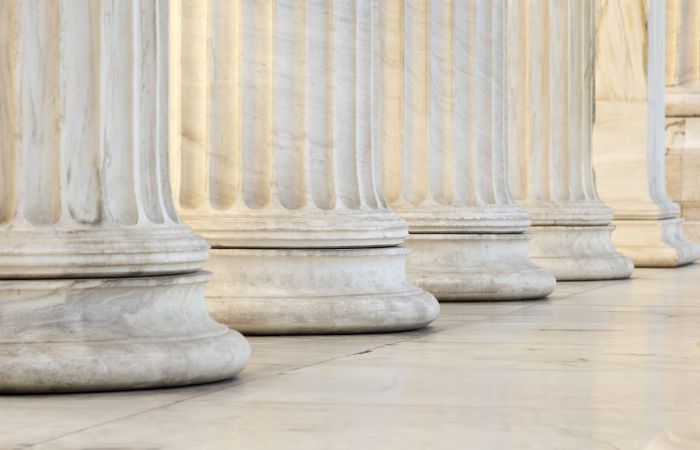 Vice Chancellor Travis Laster of Delaware Chancery Court has recently cautioned that while courts have given greater deference to market price in appraising fair value, this approach does not elevate “market value” to the governing standard under Delaware’s appraisal statute. The Judge asked for further economic evidence and framework, and his caveat begs at least three questions, write Dirk Hackbarth and Bin Zhou. The appraisal remedy in US corporate law gives dissenting shareholders in a completed cash-out merger the right to an independent judicial determination of the “fair value” of their shares and buy-back of their shares by the acquiring firm at this “appraised” fair value with accrued interest. Recent decisions in Delaware’s Supreme Court and Chancery Court have reignited an important legal and policy debate about the fair value statute. In contrast to decisions between 2012 and early 2017 in which primarily “discounted cash flow estimates” pinned down fair value, the most recent decisions have given greater deference to market evidence.

For example, Vice Chancellor Laster’s February 2018 decision in Verition Partners v. Aruba Networks ruled that the most reliable estimate of fair value of Aruba Network’s stock was the 30-day average leading up to HP’s offer (“market price”) of $17.13, more than $7 per share less than HP’s offer (“deal price”) of $24.67. The Court rejected the dissenting (minority) shareholders’ discounted cash flow estimate because it (i) “likely was tainted by human error,” and (ii) “continues to incorporate an element of value derived from the merger itself: the value that the acquirer creates by reducing agency costs.”1

From an economist’s perspective, these holdings are significant, as judges are increasingly embracing market price in fair value determination under Delaware’s statute. This trend suggests at least three related law and finance questions. First, is market price relevant for appraising fair value of publicly traded companies where there is no controlling shareholder?  Second, should market price in such circumstances be given exclusive reliance for fair value determination? Third, if not exclusively, what evidence should be used to assess the weight given to market price, relative to other indicators of fair value?

We argue that the answer to the first question is an unequivocal “yes.” Decades of empirical finance research establishes that in the US stock market, publicly available information about companies is quickly reflected in stock prices. Although courts acknowledge that stock markets are in general efficient, they insist that fair value under Delaware statute is a jurisprudential, rather than purely economic, construct. This concept has certain nuances that neither an economist nor market participant would usually consider when either valuing a minority block of shares or a public company as a whole. Because the average investors have no influence over the company’s business strategies and operations, Delaware courts have frequently held that, relative to Delaware’s fair value, there is an implicit minority discount in the US market price. This view, however, is misconceived.

Some investors pay a premium to the market price for a control block of stock if they anticipate receiving benefits that do not flow to other (non-controlling) shareholders. These benefits are commonly referred to as private benefits of control and control premiums in economics literature. Because any private benefits of control need not harm minority, non-controlling shareholders and because controlling shareholders can provide valuable benefits for minority shareholders, it is an open question whether in a particular target company there should be any minority discount and, if so, what its magnitude should be.

There are typically two approaches to measure minority discounts. The first approach examines the relationship between firms’ market-to-book ratios and their ownership concentration. A low market-to-book ratio would be consistent with uncompensated expropriation of cash flows by a dominant shareholder. It would mean that the firm has invested assets (book value) that are not highly valued by the market (market value). The second approach is to measure the relationship between firms’ accounting rates of return and ownership concentration. The rationale is that if a large shareholder is expropriating cash flows it will be reflected in lower accounting cash flows. Consistent with the above discussion, researchers generally find no systematic evidence on minority discounts in the United States.

As Vice Chancellor Laster also emphasized in his Aruba decision, we note that market price as baseline indicator of fair value does not mean that there cannot be an appraisal for a publicly traded company receiving a premium offer. For example, if certain material, non-public information has not been incorporated into the price, and that information can be considered part of the “operative reality” under the Delaware statute, market price should not be the exclusive evidence for fair value. So our answer to the second question is “not necessarily.”

The Delaware statute requires recognition of all relevant factors for the determination of fair value. Hence, there is a continuum of possible combinations of market prices, adjusted deal prices, and discounted cash flow estimates. The reliability of market price as indicator of fair value should be evaluated against its own merits, and against the merits of other fair value measures. In particular, in deciding the best indicator of fair value, the Courts acknowledged that the latter two indicators are subject to human errors and judgment. Notably, there are exceptions such that deviations from exclusive reliance of market price are clearly warranted. However, this requires an economic framework that empirically quantifies reliability of (and weight on) market price.

To address the third question about weight given to market price, and to respond to the Court’s invitation of expert opinions, we propose three sets of indicia for fair value: a) liquidity and market microstructure; b) corporate governance; and c) accounting transparency. Part (a) of our proposed tests is an extension of the tests used in securities litigation. Parts (b) and (c) of our tests are proposed to establish or refute the Delaware Court’s historical suspicion of an implicit minority discount in the stock price. Cross-sectional comparisons can be easily shown in histograms to see how the target company’s measures at a point in time stack up against its peers or the market. Time series plots of the target’s measures can be used to detect any abnormal patterns over time. Potentially, when the signals from each measure individually are conflicting with each other, regression analyses of various variables listed above could be performed to measure the combined effects of the proposed factors on the target company’s stock. These types of analyses could be used either as a more sophisticated test of market efficiency for the appraisal actions, or as an alternative market-based measure of fair value.

In sum, we conclude that Courts may rely more on market price in appraising fair value of stocks that are actively traded on a US stock exchange and where there is no controlling shareholder. In response to the Court’s invitation of expert opinions, we propose a number of cross section and time series tests that can give guidance as to reliability of market price as indicator of fair value. In particular, in addition to market efficiency tests commonly used in securities litigation, we suggest a complementary set of tests that focus on market and company fundamentals, such as liquidity, corporate governance, and transparency.

Dirk Hackbarth is a professor of finance and an Everett W. Lord Distinguished Faculty Scholar at the Boston University Questrom School of Business.

Bin Zhou is a principal at The Brattle Group.

The opinions expressed are those of the author(s) and do not necessarily reflect the views of the firm, its clients, or any of its or their respective affiliates. This article is for general information purposes and is not intended to be and should not be taken as legal advice.