Does Learning More at University Actually Pay Off in the Job Market? 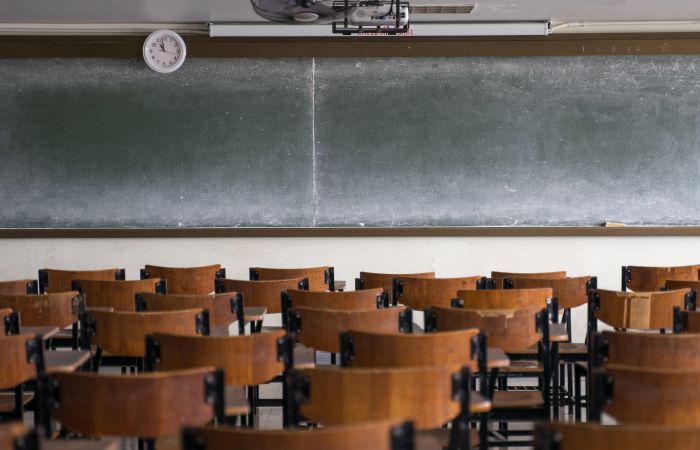 IG Farben used to be the world’s largest chemical company and a major innovator—until it was broken up in one of the...
Read more
Economic History Series

In this celebration of Adam Smith’s contributions to the field of political economy, Peter J. Boettke and Alain Marciano take a passage...
Read more

Does a degree really add to students’ skills or simply point employers toward students who were clever enough to get accepted? Education is one of the most important determinants of wages. According to data from the American Community Survey, in 2016 college graduates on average, earned 76 percent more than high school grads. Within college graduates, in 2015 the median annual earnings for an Ivy League graduate 10 years after starting amounted to well over $70,000 a year. For graduates of all other schools, the median was around $34,000.

But why is it that going to college—and going to a better college—increases earnings? In economics there are two possible answers.  On one side, the human capital theory argues that education increases productivity and wages rise as a result (Becker, 1962; Mincer, 1974). So basically when you go to school you learn useful skills that are later rewarded in the labor market. On the other side, the signaling theory posits that higher wages reflect the correlation between education and ability (Spence, 1973). Or in other words, that the smartest students are the ones who are accepted in college, and the ones that graduate from the most selective schools. They are paid more because they are smarter, and a college degree is an easy way to check that. But it is not the case that they learn anything substantially different from those students that attend less prestigious schools, or even those who don’t go to school at all. The problem in testing these two hypothesis is that in both cases, higher-ability workers obtain higher levels of schooling and are paid more, and as a result setting the two theories apart is a challenging task.

In my paper, recently published in the Journal of Public Economics, I provide new insights into the human capital versus signaling debate. To do so, I take advantage of a curriculum reform at the top school in Colombia: Los Andes University. There, in 2006 the Economics and Business Departments reduced the number of classes required to earn a degree, but the admissions criteria remained the same throughout this reform. In terms of our discussion, the reduction in coursework makes students graduate with less knowledge and skills, so the human capital theory would predict a decline in wages. On the other hand, if the quality of students didn’t change with the reform, the signaling theory would predict that wages shouldn’t be affected. As a result, studying what happened with these students can shed some light on the debate.

The reduction in coursework was the following: In economics, the curriculum was trimmed by 12 courses, 20 percent of the total number of credits. Most of the reduction came from changing mandatory classes to electives and reducing the number of elective courses. Examples of these courses include “Money, Banking, and Monetary Policy,” “Corporate Finance,” and “Public Finance,” among others. In business, the reduction was of 6 courses, which represented 14 percent of the workload. For both majors, instruction time was reduced from 4.5 years to 4 years. In the paper, I show that effectively the number of credits students took declined, as well as the average length of the program.

The signaling theory predicts constant wages only if the students’ quality didn’t change with the reform. This may not necessarily be the case. It may be that once the degree became easier (had fewer requirements), students that would have otherwise found the degree too hard to complete now felt encouraged to apply. It turns out that at Los Andes, the admission process is constrained by a limited number of slots and is solely based on students’ scores in the national standardized high school exit exam. I show that the average entrance test scores did not decrease, nor did the size of the entering class grow, and dropout rates did not change with the reduction in the number of classes. As results, there was no effective change in the quality of students graduating after the curriculum change.

With this setting, what is left is to check what happened in the labor market. I look at the wages of graduates before and after the reform and compare them to wages of students from other schools, in which the curriculum remained the same. I find that after the reform, wages for students from Los Andes decreased by 16 percent in economics and 13 percent in business. This suggests that human capital accumulation plays an important role in the determination of wages, and we can rule out that signaling is the only role of college education. Basically, employers do find the classes we take in school valuable and pay students for that.

The natural next question is: How did the employers found out about this change? Were students hired for the same jobs at a lower wage, or were they hired for different jobs? By looking at the distribution of employers before and after the reform, I find that there is a smaller share of students hired at the highest-paying jobs. Interviews with the largest employers suggested that they in fact value the skills and specific knowledge that is taught in college, and try to tailor their recruitment process to identify students with the set of skills they need. For economics students, I can test this hypothesis more formally. Using data from the recruitment process for economists at the Central Bank, a large and high-paying employer, I find that the probability of receiving a job offer fell by 17 percentage points after the reform. Students from Los Andes performed worse in the recruitment process and as result had lower wages.

Studying the labor market performance of these students provides significant knowledge about the role of college education. Specifically, we learned that what is taught at school matters and employers pay for the skills students acquire in college. Of course, this exercise does not completely rule out a role for signaling, but given the size of the reduction in wages, it suggests what matters the most is what students learn in the classroom.

Carolina Arteaga is a PhD candidate in Economics at UCLA.