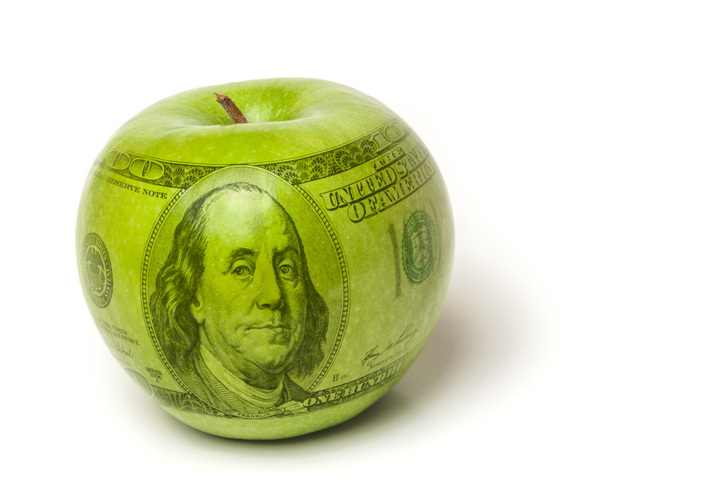 Why do historically black colleges and universities pay more to raise capital? New research argues that investors’ racial preferences appear to influence their willingness to purchase HBCUs’ bonds, with this trend particularly pronounced in states with the historically highest levels of racism. In large capital markets, such as the $3.9 trillion dollar municipal bond market, the last thing you’d expect to see is evidence of racial discrimination. After all, unlike labor markets that involve personal interactions, financial markets are remarkably impersonal. Investors lend money to people they do not (and likely will never) know, which is used for purposes typically far removed from their day-to-day experiences. As long as a fair rate of return is obtained, a reasonable benchmark would involve investors not “seeing color,” other than perhaps green.

And yet, in our forthcoming paper in the Journal of Financial Economics “What’s in a (school) name? Racial discrimination in higher education bond markets?” we find evidence that at least in some cases, they do. The headline result is that investors’ racial preferences appear to influence their willingness to purchase bonds issued by historically black colleges and universities (HBCUs), and that this reluctance increases the cost these schools pay when raising capital.

Two features of the municipal bond market work in tandem to create the necessary conditions for this result to obtain. First, the municipal market tends to be highly localized, with most investors facing a tax advantage for buying bonds from issuers in their home states. Whereas interest from all qualifying municipal bonds are exempt from federal income tax, most states treat in-state and out-of-state issuers differently, with interest from only the former being exempt from state taxes.1 For HBCUs, this is particularly problematic because investors that would derive the largest tax benefits are located in many of the same states where racial animus tends to be highest, in particular the South and Southeast.

The second relevant feature is that the tax benefits of municipal bonds typically increase with income, due to the convexity of the tax schedule. Because Whites are heavily overrepresented in the right tail of the income and wealth distribution,2 the potential tax benefits of HBCU-issued bonds are most advantageous to the demographic group—White Southerners—where race relations with Black Americans has historically been the poorest.

With these background factors in mind, we explore whether HBCUs pay higher financing costs when issuing bonds, versus a set of non-HBCU control schools. We ask two related questions. First, we are interested in whether the underwriting costs—the broker fees paid to investment banks—are elevated for HBCUs. Here, we are trying to measure whether underwriters anticipate having to expend more selling effort, like a real estate agent attempting to sell a home with an unconventional floor plan, or any other feature that reduces the number of willing buyers. The second question is, when HBCU bonds do sell, whether they fetch lower prices from investors. Staying with the real estate analogy, if demand for a house is poor, this may manifest through lower prices, more selling effort by the agent (and perhaps more time on market), or both.

Our first main result after analyzing a 23-year sample of 4,145 bond issuances totaling approximately $150 billion is that HBCUs pay more in underwriting fees than do non-HBCU control schools. On average, the underwriter takes about 81 cents per $100 raised to cover selling and transactions costs. However, for HBCU schools, the comparable fee is 92 cents, an increase of about 14 percent. If we focus only on states where HBCUs reside (e.g., ignoring states like Oregon or Alaska which contain no HBCUs), the size of the HBCU “premium” in underwriting fees nearly doubles to 21 basis points, for a percentagewise increase of 26 percent.

Of course, these unconditional patterns constitute little more than suggestive evidence, since HBCUs and non-HBCUs differ in important ways that may influence investors’ willingness to purchase their bonds. Credit risk is an important possibility, given that HBCUs are known to face particularly steep financial hurdles. So too may be perceptions of a school’s general quality, particularly if investors view credit ratings as imperfect measures of default risk. As for the bonds themselves, the amount raised (HBCUs raise slightly less than non-HBCUs), maturity, call provisions, or even the bond’s intended purpose may influence investors’ interest. Fortunately, we observe a wide array of such control variables, which in aggregate explain almost three-quarters of the variation in underwriting spreads. Across numerous specifications—including bonds with only a AAA (the highest) credit rating, or those insured by the exact same insurance company—the difference in underwriting spreads between HBCUs and non-HBCUs remains steady, indicating a premium of about 20 percent.

Perhaps the strongest test in the paper makes comparisons between HBCUs. More specifically, if racial preferences are the culprit, we should see the effect exacerbated in the areas where racial animus is the most severe. Within the states where HBCUs reside, three states stand out in this regard. Relying on prior research that attempts to measure geographical patterns in racial preferences using, for example, Google searches for racist terms or opposition to affirmative action, Alabama, Mississippi, and Louisiana rank highest in racial animus. In these three states, underwriting costs for HBCUs relative to non-HBCUs are roughly three times as large.

Importantly, non-HBCUs incur similar underwriting costs no matter their location, which would seem to rule out a number of potential secular differences in, for example, investor wealth, tax rates, or economic conditions.

Our second set of analyses asks whether HBCU-issued bonds trade at lower prices. While the point estimates in these regressions consistently indicate discounts (on the order of 1.5 to 2 percent), they are generally not statistically significant. Combined with the fact that HBCU-issued bonds tend to sit in dealer inventory longer than non-HBCU control schools (about 25 percent on average), the data suggest that financial intermediaries prefer to wait and/or search more aggressively, rather than offer steep discounts to investors. Most search models—including the simple one we present in the paper—predict both higher transactions costs and lower prices for less liquid bonds, so perhaps this is expected.

Still, we regard the fact that the effects of racial discrimination manifest mostly in the selling frictions, and less in final prices, as interesting. Applied to the labor market, this is analogous to Black workers having to look twice as hard to find employment, but once they do, being paid similar wages as White workers. Discrimination still exists and imposes costs, but is not obvious if one focuses only on wages. This notion was pointed out by Becker (1957) out over 60 years ago. The wage level is determined by the preferences of the marginal employer, whereas those of the average employer are reflected in search costs. Likewise, our results suggest that examining bonds’ sale prices alone may paint an incomplete picture, as the all-in costs of racial discrimination operate (at least) one level upstream.

The remaining question pertains to how we solve this problem. Because the state-level tax exemption forces HBCU bonds to be largely marketed and sold to a local and less-than-receptive investor base, HBCUs are essentially geographically captive. One way to remove the geographic barrier is to broaden the state-level tax exemption such that it accrues to both in-state and out-of-state buyers. In response to our paper, legislators have drafted the HBCU Investment Expansion Act (H.R 6048), which was introduced in 2016. The key provision is that it will afford HBCUs “triple exemption” from federal, state, and local taxes, and thus make HBCU-issued bonds attractive to a wider base of investors. While still not passed into law, the Congressional Black Caucus Legislation has urged the Trump administration in their 2017 letter to consider the triple tax exemption for HBCUs.

William J. Mayew is a Professor of Accounting at Duke University.

Christopher A. Parsons is a Professor of Finance at the University of Washington.

A video summarizing this paper can be found here.