Pursuers of Truth or Peddlers of Influence? 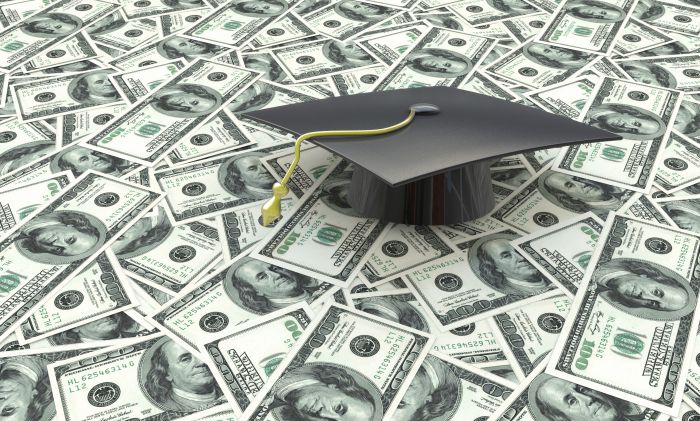 David Rapach
David Rapach is a Professor of Economics and the John Simon Endowed Chair in Economics at the Richard A. Chaifetz School of Business, Saint Louis University.

Bonnie Wilson
Bonnie Wilson is an Associate Professor of Economics at the Richard A. Chaifetz School of Business, Saint Louis University.

Matt Stoller argues there was a conspiracy. It was more of an association with a singular purpose.
Read more
Academic capture by donors threatens norms of independence and integrity at institutions of higher education, argue faculty members from Saint Louis University. Our university recently received the largest philanthropic gift in its history. The donation comes at an important time in our institution’s life—its two-hundredth anniversary and its first large-scale capital campaign.

Such donations have transformative potential, especially during these challenging times for higher education. Our experience, as well as recent high-profile revelations at other institutions (e.g., George Mason University; University of California, Irvine; UNLV), suggest that two very different kinds of transformation may be affected, depending on an institution’s rules (or lack thereof) regarding gifts.

In the case of our institution, donors have (as of this writing) been afforded a key role in the selection of a scholar to direct and conduct research. With the exception of a dean, no faculty were involved in the selection process. These events brought to our attention something of which we were previously unaware: at our institution, donors may be afforded a substantive role in the selection of the director of a research center. In addition, the administration has informed the faculty that the “the donors will provide final approval for requests” for research funding relating to the gift. [For more relevant information on this, see here.]

Regulatory capture occurs when private interests are advanced by a regulatory agency at the expense of the public interest. At what point do privileges afforded certain donors by colleges and universities threaten an analogous kind of academic capture?

Some argue that there is broad scope for certain donors to be granted special privileges without the threat of capture. According to this argument, as long as faculty and staff do good things that they wouldn’t have done in the absence of a donation, capture either has not occurred or isn’t relevant. For others, the denial of special privileges to certain donors is an underlying principle, a rule of the game that cannot be violated without changing the game itself. According to this argument, just as a journalist compromises his or her credibility if he or she pays for a story, so too a university loses its credibility if it accepts a gift with certain strings attached.

A role for donors in hiring at institutions of higher education clearly violates current academic norms of integrity and independence. What we know about the practice suggests that it is often done in secret. When the practice is revealed, strong and widespread objections are voiced and about-faces follow. In the recent case of George Mason University, President Ángel Cabrera acknowledged that some gift agreements that gave donors a role in hiring “fall short of the standards of academic independence I expect any gift to meet.”

To the extent that some colleges and universities are unwilling or unable to maintain their independence from benefactors, higher education may be moving towards a two-tier system. In one tier may stand those institutions supported by donors with true charitable intent, who see value in academic independence and freedom, and who give while remaining at arm’s length from an institution’s work. In another tier may stand the rest—non-profit colleges and universities that have begun the process of evolving into think tanks that offer degrees, as well as for-profit schools.

If institutions of higher education are to seek truth and advance common goods, they cannot also be peddlers of influence, trading donations for special privileges, such as a say in employment decisions, curriculum development, or the directing of funding to individual research projects.

Faculty and administrators alike would be well advised to think carefully about their institutions’ rules (or lack thereof) regarding gifts. Our own institution’s gift acceptance policy states that donors are not entitled to quid pro quo expectations. In addition, our institution’s accrediting body includes an imperative to guard against donor influence in order to maintain institutional integrity and academic freedom in teaching and research endeavors. Even so, donors were afforded a key role in the selection of an individual to direct scholarly research, with no role for faculty in the selection process, and donors will provide final approval for funding requests from the gift. There thus seems to be wide scope for disagreement about what constitutes a quid pro quo in giving and about what constitutes appropriate donor influence.

Institutions need to make clear and plain their rules regarding gifts. Once they have done so, they should—in the public interest—make those rules transparent and available for all to see. At least then all will have an opportunity to judge and act accordingly.

Richard A. Chaifetz School of Business

Richard A. Chaifetz School of Business

“While the donors have expressed a preference for who they would like to lead the new Sinquefield Center for Applied Economic Research, ultimately it is the decision of the dean of the Chaifetz School of Business. No one has been selected for the position.

This new role is—and always has been—a staff position. Several other centers at SLU are led by staff. At Saint Louis University, donors do not have a role in the selection process for faculty positions. Any hiring of faculty is done in accordance with the University’s faculty manual.

To provide support to the new Saint Louis University Research Institute, the donors are establishing a non-profit organization that will release funds annually. SLU’s vice president for research will serve on the organization’s board, in addition to the donors.

Funding will be awarded through a competitive RFP process involving reviews and evaluations by existing University research councils and committees that include representation from faculty, academic department chairs and deans.

In other words, SLU faculty will bring forward and help vet the proposals to ensure that they will advance the University’s mission and strategic goal of becoming a world-class research institution, which is the donors’ top priority and the reason for their transformational gift.”