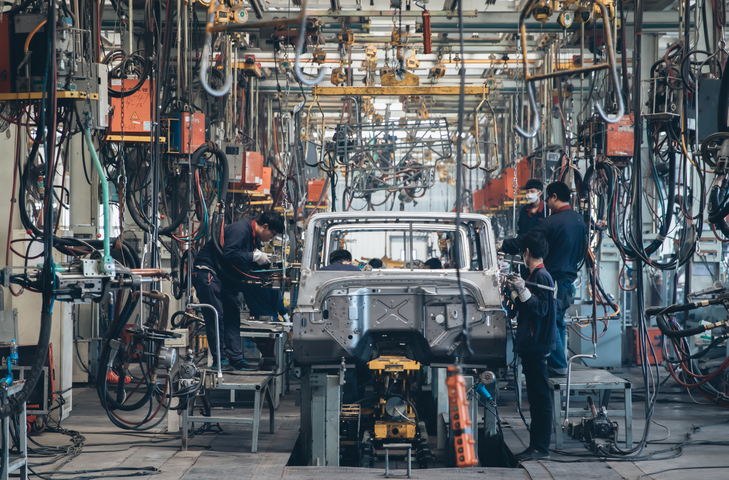 The US administration launched a trade war against China in response to what it sees as unfair trade practices—especially the requirement that foreign firms entering “restricted” sectors partner with a Chinese firm. New research from an international team of economists gauges whether the requirement has the intended effect of diffusing technology transfer in these sectors, and finds the answer is a resounding yes. On March 22, 2018, the Trump administration announced its plan to impose tariffs on Chinese imports to the tune of $50 billion in retaliation for a litany of what it deemed to be unfair trade practices: abuses of intellectual property rights, forced technology transfer from US to Chinese firms, and onerous restrictions on foreign investment in China. In spite of the initial incredulity by pundits as to whether the tariffs would actually go into effect (or merely served as cheap talk in pursuit of trade concessions), the first $34 billion of the tariff measures were enacted in July 2018, with China following suit soon after with $34 billion of its own tariffs on US exports. The situation today is one of back-and-forth rounds of tariff retaliation, with no immediate path forward for resolving the dispute.

One of the Chinese practices that the US has routinely highlighted as abusive involves international joint ventures (IJVs) in specific industries—particularly high-tech industries such as car manufacturing, electronics, or pharmaceuticals—that are classified under China’s foreign investment policy classifies as “restricted.” In these sectors, foreign investors seeking to establish operations in China are mandated by the government to form a business partnership with a Chinese firm. China has continually taken steps to liberalize its foreign investment rules—in April, the government announced its intention to relax these restrictions in several industries—and fewer industries are subject to such restrictions than 10 or 20 years ago, but the policy remains in place nonetheless, to the chagrin of the US and other advanced economies.

Leaving aside the political back-and-forth over the issue, why does China maintain such a policy of requiring foreign investors to partner with Chinese firms? The tacit reason for such a policy is the technology transfer and learning effects that these partnerships engender: when a foreign investor establishes operations in China, it typically brings with it its advanced technology and processes, which the Chinese partner and subsidiary joint venture are able to directly or indirectly observe. (As one example, a recently announced investment by Tesla promises a technology and research arrangement between the automaker and the city of Shanghai.) Explicit technology licensing arrangements, staff turnover, or even outright appropriation facilitate this transfer, and in principle, the end result is that Chinese firms benefit from this exposure to advanced foreign methods. In a best case scenario, these effects might spill over onto firms beyond the confines of individual joint venture relationships.

In our recent work, we explore the effects that these joint venture relationships generate using a large data set on the activities of individual Chinese firms from 1998 to 2007. These data allow us to observe detailed attributes of different kinds of business operations in China—both state-owned enterprises and privately held companies in a wide variety of sectors—to tease out whether China’s investment policy has its intended impact. Specifically, we ask: Do the firms selected by a foreign investor to form an IJV become stronger performing firms as a result? Stronger performance could materialize along several dimensions: higher productivity, more patenting and innovative activity, or increased exporting to foreign markets, each of which we test for. We further explore the existence of any positive external effects of joint ventures—that is, are Chinese firms in industries with a high degree of IJV formation, but not necessarily in a joint venture themselves, materially impacted from the diffusion of foreign knowledge and technologies?

We approach the first question by using our data to compare Chinese firms that are selected as partners in IJVs against otherwise similar firms that were not, controlling for underlying firm characteristics. If technology transfer, direct or indirect, indeed takes place in a systematic way, we should expect these partners to outperform their counterparts with regard to the attributes outlined above. And it is evident that, on average, they do: joint venture partners tend to be around 5 percent more productive than their peers (as measured by total factor productivity, a measure of a firm’s ability to efficiently transform inputs into outputs), apply for around 1 percent more patents, and sell more both domestically and abroad (with increases of 23.4 percent and 1.3 percent respectively). These intergenerational effects (so-called because of the “parent-child” relationship between the JV partner and the JV itself) are consistent with the technology transfer that we might expect.

What about Chinese firms outside a particular joint venture that operate in an industry with a comparatively large presence of IJVs? As hinted at above, there are multiple avenues by which these firms might enjoy the benefits of the indirect leakage of technology know-how: designs or processes might be observed by competitors, or employees might move from firm to firm, bringing their knowledge with them. By measuring the penetration of IJVs into particular sectors as the share of industry-level sales conducted by joint ventures, we estimate substantial gains in the productivity of individual firms when a larger share of IJVs are active: within an industry, more (or larger) partnerships with foreign firms lead to more opportunities for the spread of foreign technology, as evidenced by higher productivity and bolstered sales for firms in those industries. This hints at profound benefits accruing from joint ventures not only for the partner firms in such relationships, but for other firms in broad swaths of the Chinese economy outside of the partnerships.

Since we find that IJVs generate positive spillover effects on other firms in an industry, we also ask whether the national origin of the foreign partner matters. IJVs in China originate from three principle sources: in order, Hong Kong/Macau/Taiwan (HMT for short), the United States, and Japan. Interestingly, when we delineate these external effects along lines of national origin, we find that the bulk of the external effects on other Chinese firms are accounted for by IJVs with a US partner. As the US is often the technology leader in advanced manufacturing industries, this perhaps comes as no surprise, but it still sheds light on the vociferous complaints the US has put forward with regard to Chinese policy.

The US has made clear its stance on China’s investment policy, though it’s worth asking why, if China’s policies are so deleterious to the interests of foreign investors, billions of dollars of investment continue to flow into China on a yearly basis. Part of the answer is clear: China is a big market in which growth has been exceptional recently. It’s also worth pointing out that IJVs as a vehicle for investment have been greatly diminished in stature relative to 20 years ago. Today, the large majority of investment in China is conducted via wholly foreign-owned enterprises, where partnerships with domestic firms are not mandated; in 2017, these enterprises accounted for $86 billion of investment inflows versus $31 billion from IJVs. Whether China’s existing policy merits the forceful response that it has received is a question with no obvious answer.

A full appraisal of China’s position on IJVs necessitates an understanding of the effects that IJVs engender. And, according to our estimates, the effects are substantial, at least over the period in which IJVs accounted for the majority of foreign investment in China. The interest of China’s government in maintaining such a policy is clear, though the benefits now must be weighed against increasing international pressure for reform. From the US point of view, the negatives—appropriation, one-sided licensing agreements, or even outright intellectual property theft—are likewise apparent, but as the role of IJVs has waned, the merit of the complaints regarding their use must be weighed against the cost of a full-scale trade war.

Dr. Kun Jiang is an Assistant Professor in Industrial Economics at the University of Nottingham. Her current research interests are innovation and entrepreneurship in China.

Professor Wolfgang Keller, of the University of Colorado-Boulder, is an internationally recognized expert on international technology diffusion whose research has been supported by several multi-year grants from the US National Science Foundation.

William Ridley is a PhD candidate in economics at the University of Colorado whose research focuses on issues in international trade and investment policy.