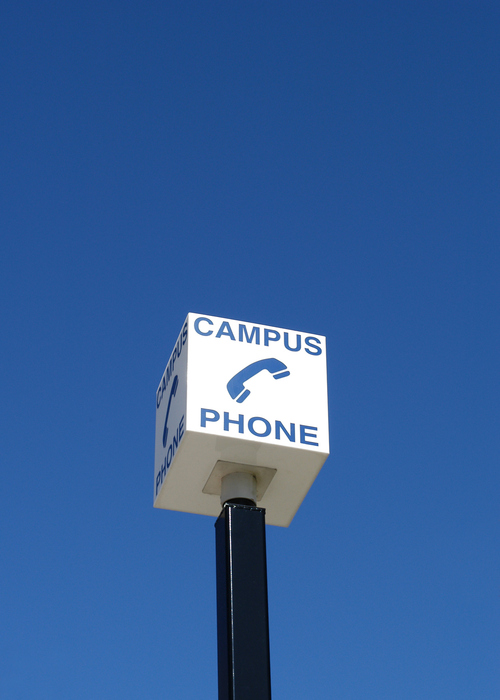 Despite concerns among administrators that news coverage of campus sexual assault will harm universities’ reputations and bottom lines, a study finds an increase in applications and enrollment for both female and male students following federal Title IX investigations highlighting the issue on campuses. Between April 2014 and June 2017 the US Department of Education’s Office of Civil Rights (OCR) published and updated a list of universities that had a formal complaint filed against them for mishandling sexual assault incidents, and were under investigation for violating the Higher Education Act’s Title IX requirements of equal access to educational opportunities by gender. This fueled already smoldering fires of outrage and worry among students, prospective students and parents. Naturally, as public awareness about the extent of sexual assault on US college campuses increased so did anxiety among university administrators. By the end of the Obama administration, the number of schools on the list quadrupled. However, the Trump/DeVos administration stopped making the list public a year ago, calling it a “list of shame.”

While the amount of attention and federal action is new, sexual assaults against college students are not. A national study in the 1990s estimated that between 20 to 25 percent of female college students experienced sexual assault or rape while in college. The campus climate has hardly improved: a recent study by the Association of American Universities estimated that 23 percent of female students had been sexually assaulted in college.

The increase in federal and public attention originated with OCR’s issuance of a “Dear Colleague Letter” in 2011, which clarified university obligations to respond to allegations, identified which university personnel must report disclosures of sexual assault, and provided specific guidance on protecting the rights of both victims (the complainants) and the respondents.  After this letter, complaints began to increase exponentially as student activist groups, such as End Rape on Campus, began to assist students in filing formal complaints. Then, in early 2104, the Obama/Biden administration’s White House Task Force to Protect Students from Sexual Assault launched a report and a student-friendly website (now managed by a federally funded clearinghouse) that offered “students a clear explanation of their rights under Title IX … along with a simple description of how to file a complaint with OCR.” This increase in OCR oversight and student-initiated formal complaints led to the “list of shame” that now includes more than 400 schools.

In a recent paper, we evaluate the impacts of these Title IX investigations and the recent era of unprecedented attention to matters of sexual assault on college campuses in the United States. We examine the effects of this attention on college applications, enrollment, degree completion, and alumni giving. Our paper is timely in that it evaluates a recent and controversial major policy decision in higher education and it can potentially inform the evolving oversight policies of the US Department of Education.

In our paper, we use event-study methods that estimate how applications for admission, enrollment, and degree completion by gender as well as donations from alumni deviate from expected levels leading up to and following the opening of a federal investigation. We combine data on OCR’s Title IX investigations from the Chronicle of Higher Education’s Title IX Tracker database with panel data from the Integrated Postsecondary Education Data System (IPEDS) and from the Council for Aid to Education’s Voluntary Support of Education Survey (VSES).

Rather than having a deleterious effect, we find evidence that federal Title IX investigations increase freshman applications and enrollment, for both female and male students. Further, these investigations appear to have no effect on student retention, as the enrollment of continuing students is unaffected. We also find no effects on rates of degree completion. Our analysis of VSES data suggests that federal Title IX investigations have no detectable effects on donations. Interestingly, these same data indicate that institutions respond to these investigations by soliciting donations from more alumni.

We believe the impact of Title IX investigations on university outcomes is most likely driven by a “salience” mechanism. By this, we have in mind Tversky and Kahneman’s (1974) description of “availability” or “retrievability” as the ease with which something comes to mind as key in shaping decisions. In our context, the publicity generated by a federal Title IX case could increase the likelihood that a school comes to mind when students form their consideration set. And this effect could dominate any negative effects associated with the investigation.

We think salience is the most plausible explanation for a number of reasons. First, we find that Google searches for a college’s name and the term “rape” spike notably precisely during the month a Title IX investigation for that college is launched. The pattern in our findings is further suggestive: Title IX investigations generate immediate increases in applications of both males and females. This suggests that news of investigations does not deter students from applying for admission, or that the number of deterred students is dwarfed by the number of additional students who become interested in the institution. The fact that we find similar effects for female and male students suggests that the primary mechanism is not gender-specific, so changes in safety, or perceptions about safety, are also unlikely to play a central role.

This interpretation is further supported by our evidence that Title IX investigations do not affect persistence at the university. It seems that colleges and universities intensify their outreach efforts as a result of being under investigation, which is evident from our estimated effects on solicitations to alumni. This may explain why we do not find evidence of significant reductions in giving to universities resulting from investigations. Moreover, given that colleges and universities appear to intensify their outreach efforts directed at alumni, there is reason to believe that they may do similarly for prospective students. However, our interviews with admissions officers indicated that they did not. For this reason, we believe that direct effects of Title IX investigations on salience is the most plausible explanation for their surprising effects on student applications and enrollment.

Perhaps the most important implication of our results is that though Title IX investigations do bring attention to colleges, this should not be unwelcome. Rather, college administrators can focus on efforts to improve processes for reviewing sexual assault cases and providing remedy to victims without the concern that these efforts will detract from broader university goals or their reputation. Indeed, the “Dear Colleague” letter did not lead to a period in which an OCR investigation meant a scarlet letter for universities. Rather than a “list of shame,” the attention brought by OCR action appears to have benefited affected colleges. One can only hope that the processes and protections subsequently put in place benefitted their students.

Jason Lindo is a Professor of Economics at Texas A&M University and a Research Associate at the National Bureau of Economic Research.

Dave E. Marcotte is Professor and Chair in the Department of Public Administration and Policy, and Director of the Washington Institute for Public Affairs Research in the School of Public Affairs at American University.

Jane E. Palmer is the Director of the Community-Based Research Scholars program and a Professorial Lecturer in the School of Public Affairs at American University.

Isaac Swensen is an Assistant Professor of Economics in the Department of Agricultural Economics and Economics at Montana State University and a Research Fellow for the Initiative for Regulation and Applied Economic Analysis.