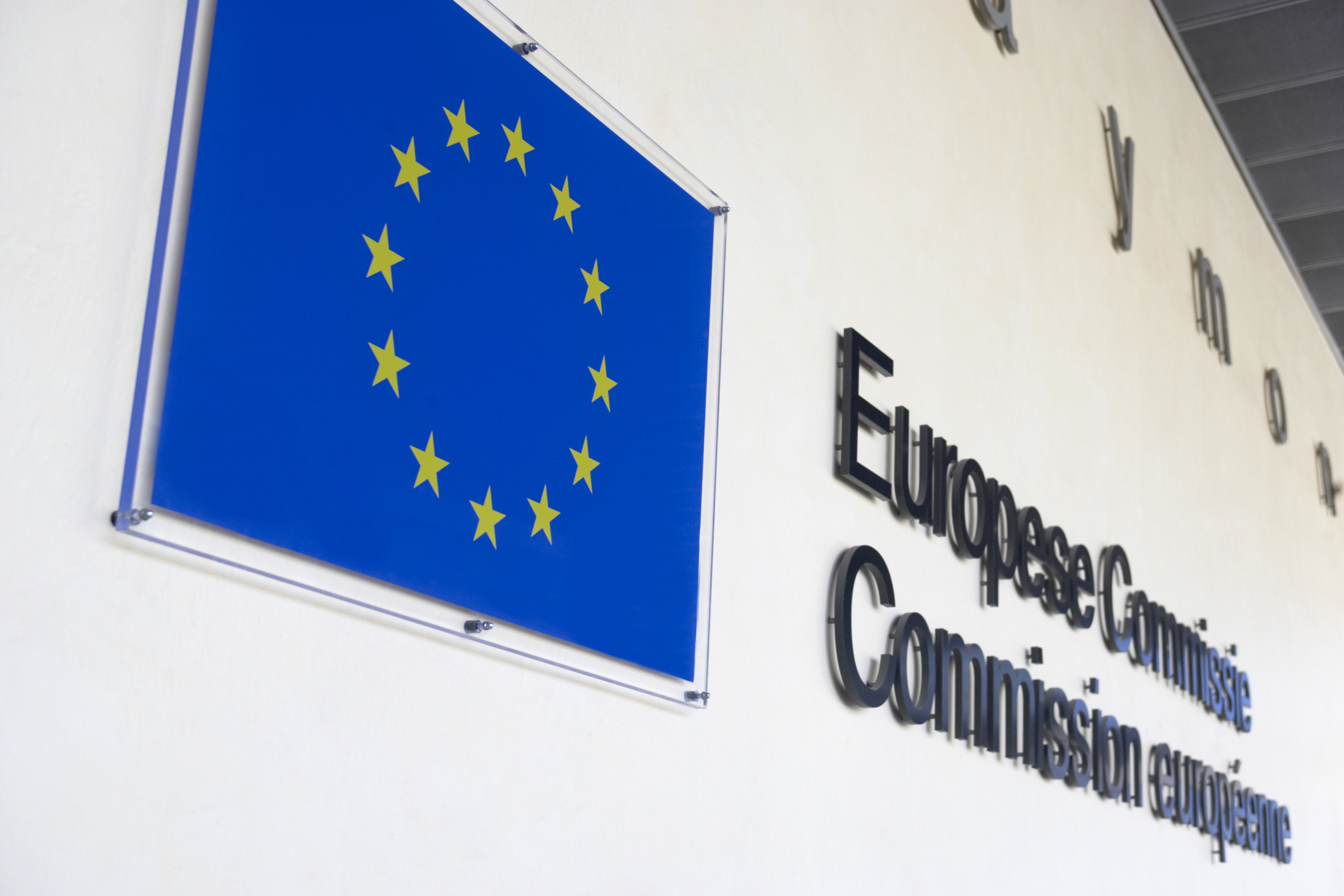 UChicago Law’s Randy Picker puzzles over the rationale behind last week’s multibillion-euro fine on Google by the European Commission. While the decision makes a statement about acceptable market entry paths for dominant firms, it also appears to undervalue the benefits of business model competition, he writes.

On July 18, 2018, the European Commission announced a new €4.34 billion fine over Android and ordered Google to change how it licenses Android software. This is the second Commission fine for Google in roughly a year—the other was over Google’s comparison shopping service and that fine was €2.42 billion. You can connect those two points with a line and Google can’t like what that looks like.

This is another exercise in platform engineering by antitrust authorities. The new decision makes a statement about acceptable entry paths for dominant firms. Google offered a new business model for operating system software and the Commission didn’t like the way it would extend Google’s dominant position in desktop search into mobile. There is an element of truth there, but the Commission also appears to undervalue the virtues of business model competition, at least based on what we see from the choices that consumers actually made.

Second, the Commission found that Google had made payments to device manufacturers and mobile network operators to preinstall Google Search as their exclusive search app across all of their Android devices. And third, handset manufacturers who wanted to install Google Play and Google Search had to agree that they would not develop devices running an Android fork. That is not an Internet-of-Things eating utensil but rather a competing flavor of Android. The open source parts of Android are available to be used by others to produce their own operating systems and a fork does just that. That is not a purely hypothetical notion as Amazon built an unsuccessful Android fork.

Given space constraints, I will say very little about the second and third issues. My casual after-the-fact free advice is that I would have not have done either of those were I Google, though I do get that forking—or fragmentation—matters in how Android competes with iOS.

A little history. In mid-2005, Google acquired Android with the vision of launching a new software ecosystem for smartphones. In 2007, based on worldwide sales, Nokia’s Symbian operating system had 63.5% of the market; Microsoft Windows Mobile, 12%; and RIM’s Blackberry, 9.6%. Apple introduced the iPhone in January 2007 to rave reviews but you couldn’t buy it until later that year.

Both Microsoft and Google faced competitive challenges as the new smartphones threatened to diminish the importance of personal computers. Microsoft had dominated the market for PC operating systems but it had not done that with smartphones. Google had dominated the PC Internet search market, but would that position be at risk if everyone switched to smartphones?

Android was Google’s response to the new competitive threat. Google had zero experience in smartphones and there is no obvious reason that it would achieve success in this new market. But by 2018, Android would come to hold roughly 80 percent of the market worldwide, with most of the rest belonging to Apple. Microsoft, Nokia, and RIM have basically vanished.

Google’s plan when it launched Android was to build a new software ecosystem around it and to give away Android for free. Google helped to form the Open Handset Alliance, initially a group of 34 handset manufacturers, phone system operators, and others to jumpstart development around Android.

But how would Google make money from Android? Microsoft charged users or PC makers for MS-DOS and Windows and that was the plan for smartphones as well. Apple sold the iPhone and iOS came bundled with it. The app store for the iPhone didn’t come until July 2008. Google was entering a new market—a market that Google believed could be disruptive of its position in search. It could charge a fee to license Android but that would almost certainly have reduced the uptake of Android as Microsoft was playing exactly the same strategy and was ahead.

Google undoubtedly wanted to support Android through its advertising business as that was its great competitive advantage. Embedding Google Search in Android is the natural way to do that. It meant that Android would come with a third-party payment mechanism built in and it meant that the price of Android handsets would presumably be lower given that the Android software itself would be free.

This is really the point of business model competition. Apple was being Apple: vertically integrated hardware and software. Did that with the Macintosh, did that with the iPhone. Microsoft was being Microsoft: it had dominated the OS market for the open IBM PC architecture and it hoped to do exactly that for mobile phones. There would be lots of handset makers, just as there were PC makers and Microsoft would make money off of phone OSs. Google was offering a different business model: lots of handset makers and advertising-supported software. The competition between Microsoft and Google was precisely over which way of paying for phone OS software would win.

The Commission’s new Android decision seems to suggest that it wanted to block this business model competition between Microsoft and Google and force Google to charge a cash fee for Android.

I don’t think that the case is really about the distribution of Google Search on mobile devices or Google’s eventual market position there. Had Google been blocked from tying Search to Google Play, I think that there is every reason to think that Google would have been the default install on most Android handsets. Why? For the same reason that DuckDuckGo is not the default search engine on Apple’s iOS. Google has no mechanism to force Apple to preinstall Google apps and services. Instead, it buys distribution from Apple and it pays Apple huge amounts of money to do that. A $1 billion figure appeared in litigation and some analysts put the figure at $3 billion. Apple effectively auctions off distribution and Google wins those auctions because it does the best job of monetizing search.

And the amount that Google pays Apple says something remarkable about the continuing power of preinstallation even in a world of instant downloads anywhere. Default starting positions are valuable and sticky.

The difference then isn’t whether Google apps and services would have ended up on Android handsets. The difference is in how we organize the cash flows and the type of mobile OS competition that would have taken place. Google would have had to buy distribution of its Search app. While the European Commission seems to believe that Google has done just fine with just the revenues from the Google Play Store (I have no idea whether that is right), there certainly was little reason to believe that upfront when it launched Android.

That suggests that the natural alternative for Google if it was going to have to buy distribution on Android handsets was full-blown vertical integration à la Apple or that it would have charged a licensing fee for the Android software à la Microsoft. Vertical integration might have reduced handset competition (there are no competing iOS handsets), but even if not—if the alternative to iOS was again an openish IBM PC-style platform—there still would have been the upfront licensing fees for the mobile OS software.

If the Commission could replay history, that is what the Commission seems to want—that is, to force Google to buy distribution for search as it does on iOS and to charge a cash fee for Android. I understand why the Commission is concerned about Google extending its desktop position on search into mobile, but, as I have suggested, I think that was going to happen one way or the other. I don’t think that the Commission can change that without more direct intervention.

But the real question is why would the Commission want to restrict competition to cash payments for mobile OSs? I get why Microsoft would want that, as they don’t run an advertising-based business model. But consumers were actually presented with the choice of a fee-based OS handset—Windows mobile—and Android and obviously chose the latter.

Were I the Commission and were I to read this blog post, my reaction might be something like “Google’s business model for Android wasn’t a problem from the beginning but it became one after Google Play achieved dominance and it was because of that that we acted.” I understand that idea, but I am not quite sure what the Commission is trying to accomplish here.

Condemning the original Google business model here would be a mistake for the reasons already suggested. And forcing a business model switch at this point will lead to lots of euros moving around—Google buying distribution and handset makers paying to license Android—without, at this point, any obvious change in actual competition or even here the net flow of funds between Google and handset makers. We’ve seen lots of empty remedies in antitrust—Microsoft MS-DOS in the US in 1994, Windows Media Player in Europe in 2004, and the browser choice screen in Europe in 2009—and the natural question is why this won’t be another.

I thank Douglas Melamed for comments on a draft this post. Errors mine alone obviously.