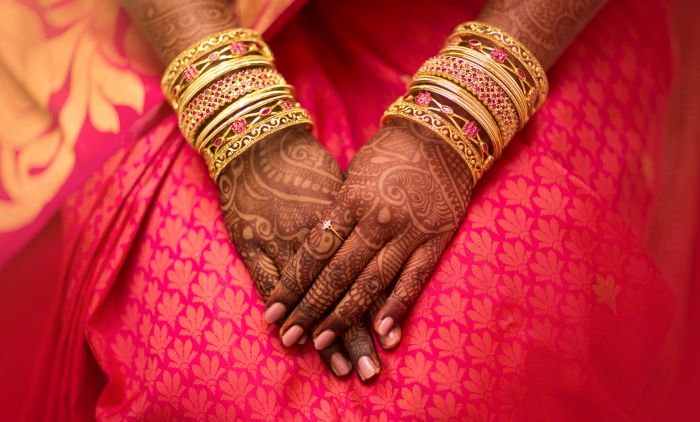 In a famous essay published in 1990 the economist Amartya Sen explored the drivers of the global sex ratio imbalance, what he called the problem of “missing women.” A new CEPR discussion paper revisits this question and traces variation in sex ratios in India to changes in the price of gold, used for bridal dowries. Recent government figures put India’s sex ratio at birth at a paltry 900 girls per 1,000 boys during 2013–15. Despite persistent periods of high economic growth and declining poverty in India over the past three decades, the number of “missing women” in India’s population has increased sharply over this period. A strong, culturally embedded preference for sons over daughters in India is widely understood to drive this demographic female deficit.

A large body of research shows that selective abortion of female fetuses, under-provision of healthcare and nutrition to daughters, and female infanticide are among the modes of parental discrimination that generate the sex ratio imbalance. However, the precise causes of this discrimination have not been rigorously identified. Some explanations point to patrilineal inheritance rules whereby adult sons inherit ancestral property and co-reside with their parents; others highlight restrictive gender norms that prevent women from earning income outside the home. Although the financial burden of dowry is often implicated, there is no evidence that this motivates son preference in fertility.

In our paper “The Price of Gold: Dowry and Death in India,” we examine whether the widespread practice of dowry, involving large transfers of money and assets by a bride’s family to the groom’s family at the time of marriage, contributes to the sex ratio imbalance in India.

Dowry is an ancient tradition in India, originating in the majority Hindu community. Available data indicate that, rather than abating with increasing economic development, dowry payments are increasing, and this is despite the practice being outlawed in 1961 by the Dowry Prohibition Act. Dowry payments place considerable strain on the parents of daughters, often amounting to four to eight times annual household incomes, and in many cases necessitating the sale of family land or assets to secure a match with an eligible groom in the arranged marriage market. Hence, dowry is frequently put forward as an explanation for the discrimination against daughters in India. A reason that there is limited empirical evidence of this is that systematic data on dowry payments are scarce, and disentangling dowry from competing explanations poses a significant challenge.

In our study, we attempt to overcome these obstacles by exploiting two key features of the Indian dowry custom. First, we use the fact that the dowry basket traditionally contains gold jewelry, which was historically a bequest to the bride from her natal family, but over time has become part of the dowry transfer to the groom’s family. The amount of jewelry transferred is customarily bound to a minimum quantity that does not adjust, even when gold prices increase. We verify this using data on dowries from the Indian Human Development Survey, by showing that dowry values move almost proportionally with international gold price changes.

Second, we exploit the fact that India imports nearly all of its gold, making international gold price changes a crucial but uncontrollable determinant of dowry values in India. Our hypothesis is that a gold price increase in a child’s month of birth increases the expected future dowry burden of parents with daughters, exacerbating the underlying preference for sons.

We then seek to examine how general this result is, whether such behavior is apparent in more recent years, and whether parents manipulate the sex composition of surviving births in response to smaller shocks. To do this we combine data from the World Gold Council on monthly international gold prices during 1972–2005 with data from the India Demographic and Health Surveys (DHS) on the survival outcomes of several hundred thousand children born in these years. We present estimates for the relative fetal survival of girls for cohorts born after the mid-1980s when prenatal sex detection became feasible, and estimates of relative postnatal survival for earlier cohorts.

We find that a one-standard-deviation increase in the monthly price of gold during 1972–85 increased female neonatal mortality by 6.4 percent in the same month, with no significant corresponding change in male neonatal mortality. During 1986–2005, when ultrasound technology became widely available across India, a one-standard-deviation increase in the monthly price of gold led to a significant 0.3 percentage point decline in the probability that a girl was born in that month rather than a boy. There are no significant effects of gold price changes on neonatal mortality in this latter period, indicating that the mode of parental sex selection changed from post-natal neglect of girls before 1985, to sex-selective abortion of unborn girls after 1985. The results are remarkably stable, and robust to controls for oil price shocks and rainfall deviations that may have affected household income.

The results point to parental dowry expectations as the causal factor behind the differential impact of gold price change on girls’ survival, rather than income or wealth shocks.

Sonia Bhalotra is a Professor at the University of Essex, affiliated with ISER, Economics and the Human Rights Centre. She is co-Director of the ESRC Research Centre on Microsocial Change.

Abhishek Chakravarty is Assistant Professor of Economics at the University of Manchester.

Selim Gulesci is an Assistant Professor of Economics at Bocconi University.