Prize-Winning Innovations in Measuring Civic Capital and Its Effects 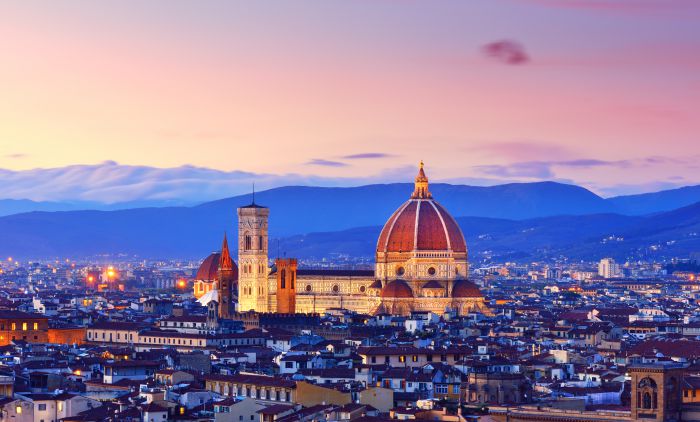 The European Economic Association has announced that this year’s Hicks Tinbergen medal will go to ProMarket editor and Stigler Center faculty director Luigi Zingales and his coauthors Luigi Guiso and Paola Sapienza for their 2016 paper “Long-Term Persistence.” Here, a current coauthor of Sapienza and Zingales credits the prizewinners with helping to make the study of informal institutions mainstream in economics. The award of this year’s Hicks Tinbergen medal to Guiso, Sapienza, and Zingales by the European Economic Association reflects their contribution to a new wave of seminal papers in economic history,1 made possible by the discipline’s “credibility revolution” (Angrist and Pischke, 2010) in methodology. Guiso et al.’s prize-winning “Long-Term Persistence” shows the potential of historical settings in providing opportunities for researchers to conduct creative and credible experiments.

Which Institutions Cause Development?

As the study of history becomes common in economics, important debates have arisen about the long-term causes of (under)development. In the earliest years of 2000s, this debate was about the type of formal institutions that cause long-term growth. Seminal papers by Acemoglu, Johnson, and Robinson (2001, 2005) advanced the institutional view proposed by economic historians like North (1991). Institutionalists argue that constraints on the executive and better protection of property rights create a favorable environment for economic development.

Another set of influential papers by La Porta et al. (1997, 1998) proposed the legal origins view, which argued that countries with a common law heritage (in contrast to civic law countries) had better protection for investors that led to better financial development.

As the decade progressed, the focus of economists turned toward the impact of informal institutions, especially civic capital (more generally called social capital), on development.  While sociologists like Banfield (1956) and Putnam et al. (1994) had emphasized the significance of civic culture, the intangible nature of concepts such as “civic capital” deterred economists from studying the topic in greater detail until the early 2000s. How can something as intangible as civic capital be measured so that it is not affected by other confounding factors like economic or institutional development?2 Guiso, Sapienza and Zingales (2004) developed novel measures for estimating civic capital. They wrote in that paper:

The most contentious issue is how to measure social capital… For example, is the level of trust a New Yorker exhibits in her daily economic behavior the result of good law enforcement or the product of a high level of social capital? We focus on two outcome-based measures that are free from this criticism: electoral participation and blood donation. There are neither legal nor economic incentives to donate blood or to vote. Both decisions are driven only by social pressure and internal norms, i.e., the fundamental components of social capital.

By developing these proxies of civic capital, Guiso, Sapienza, and Zingales could study both the effects and the causes of high civic capital. In their 2004 paper, the authors focused on the economic effects of civic capital, showing that Italian regions with greater electoral participation and blood donation also had higher financial development, and households in these regions used more checks, invested less in cash and more in stocks, and had higher access to institutional credit.

In their paper “Long-Term Persistence,” Guiso, Sapienza, and Zingales turned to economic history and asked a related question: what factors gave rise to higher civic capital? In the paper they focused on the medieval city-state experience of Italian cities, and showed that cities in northern Italy that had the experience of being in a medieval city republic had higher levels of civic capital today as measured by an updated set of proxies like organ donation and cheating on mathematics exams. These results empirically confirmed the famous hypothesis put forward by Putnam and coauthors (1994) about the historical origins of civic culture in northern Italy. Guiso, Sapienza, and Zingales found that the effect of the city republic experience increased with the length of the historical city republic experience and that this persistence could be transmitted by self-efficacy beliefs (i.e., belief in their ability to complete tasks and reach goals).

Research on Informal Institutions in Economics

The results of the Long-Term Persistence paper are especially interesting because it showed how a positive historical shock that occurred several centuries ago in the medieval period could persist through intergenerational transmission of norms. The paper (in its working paper and published versions) along with previous works by Guiso, Sapienza, and Zingales (2004, 2006, 2008a, 2009) on civic (or social) capital and generalized and bilateral trust have motivated a long and growing list of other influential papers. These have contributed to the development of a subfield in economics that studies the role and persistence of informal institutions like civic capital and trust.

One of these influential papers, which compliments the results of Guiso, Sapienza and Zingales (2016), is Nunn and Wantchekon (2011) which showed that the greater the negative experience of slave trade in a region in Africa, the more extensive the decline in trust in that region. Another paper by Bloom, Sadun, and Van Reenen (2012) showed that in countries with a lower level of trust, firms were more centralized and this reduced their productivity, as CEOs were unable to effectively delegate decisions. In the later 2000s there was also a greater emphasis on modeling the dynamics of intergenerational transmission of trust (Tabellini, 2008a; Guiso, Sapienza, and Zingales, 2008b).

Beyond trust and civic culture, the Long-Term Persistence paper (in its working paper version) influenced the literature on persistence of culture more generally. For example, Voigtländer and Voth (2012) showed that historical anti-Semitism (proxied by measuring medieval plague-era pogroms against Jews) predicted violence against Jews in the 1920s, votes for the Nazi Party, and other measures of anti-Semitism in the Nazi period. They found this persistence to be lower in cities with higher immigration and trade.

The field that relates to culture, institutions, and persistence has significantly expanded, and the review papers by Tabellini (2008b), Nunn (2009, 2012), Guiso, Sapienza and Zingales (2011), Alesina and Giuliano (2015), and Michalopoulos and Papaioannou (2017) provide a more detailed understanding of the different facets of the growing field.

In short, the “credibility revolution” in economics has led to a revival of economic history. A greater infusion of history in economics has given rise to lively debates on the long-term determinants of development. While until the 20th century, empirical research in economics was largely focused on markets and firms, since the 2000s economists have also begun to study past and present formal and informal institutions that influence economic behavior and the structure of markets. Papers by Guiso, Sapienza, and Zingales (2004, 2016) have especially taken the field forward by finding novel ways of measuring the causes and effects of intangible concepts such as civic capital.