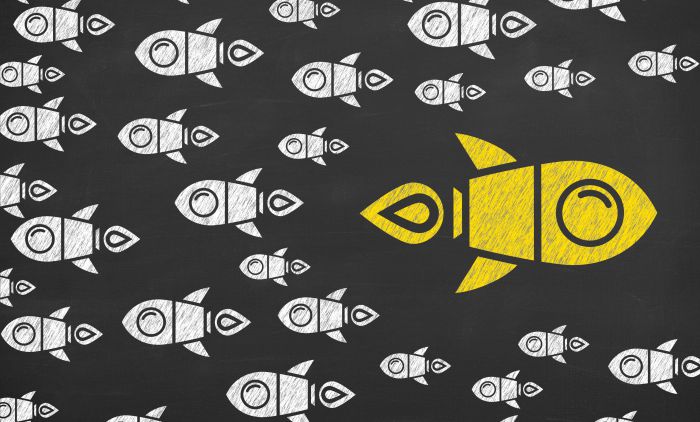 In this Q&A about his new book for ProMarket, Paul Tucker explains the changing global order and the need for academics, policymakers...
Read more
Money in Politics

It’s not just the founders of startups who boast an entrepreneurial spirit and a willingness to take risks. Those who join new ventures show the same features—and help make startups the most innovative firms in the market. At least since Schumpeter’s seminal work on creative destruction, it has been widely recognized that entrepreneurs and new firms are important drivers of innovation and economic development. Although much research has been done on the motives and characteristics of entrepreneurial founders, high-impact new ventures also critically rely on “joiners”—early employees that contribute to a startup’s success through a wide range of technical and nontechnical contributions. Recent success stories such as Tesla, Google, or Netflix would not have been possible without the effort and dedication of many of the early employees who, other than their highly visible founders, often remain in the shadows.

Who are these “joiners,” are they different from employees working in established firms, and do such differences matter for innovation? Following up on joint work with Michael Roach on the predictors of students’ interest in joining startup firms prior to entry into the job market,1 I examine these questions in a new paper using data on more than 10,000 US R&D employees working in firms of different sizes and ages.2

Although the data include controls for a broad range of individual characteristics such as gender, education, and scientific field, the main focus is on employees’ motives and preferences, such as their desires for money, autonomy, or job security. Attention to these motives is important for two reasons: First, there is strong evidence that individuals’ motives explain why some people decide to become entrepreneurs while others do not, and why many entrepreneurs persist even though this does not seem to make sense from a purely economic (i.e., income) perspective. Yet, we don’t have much evidence on whether and how certain motives also uniquely characterize startup employees.

Second, psychologists and economists have shown that motives can have important impacts on performance, especially in creative tasks and innovation. Thus, while some observers believe that startups are more dynamic and innovative than established firms because of their organizational structures or lack of “path dependencies,” the characteristics of their employees—and employees’ motives in particular—may provide another important explanation. A better understanding of startups’ human capital and its role in innovation may have important implications for a broad range of policies on entrepreneurship, innovation, and even STEM education.

Startup Employees Have a Greater Tolerance for Risk

The study is based on survey data from the National Science Foundation’s SESTAT database.3 I distinguish employees based on their employment in (1) small and young firms (startups), (2) small and old firms, and (3) large and old firms. Comparing employees working in startups versus large established firms, I find that the former have somewhat stronger preferences for challenge, independence, and responsibility, while they care somewhat less about salary.

Why do we care about startup joiners’ motives? Motives may not only shape what jobs individuals take, but also how they perform in those jobs. In the innovation context, motives have been tied to the choice of research projects and problems, but also to the choice of approaches workers select to solve those problems. A particularly intriguing idea is that people who are risk averse are less likely to tackle problems that are difficult to solve—because such work is more likely to fail—but by choosing projects that are “safer,” they may also be less likely to make a big impact in case they succeed.

Similarly, it has been argued that people who are driven by intrinsic motives such as challenge and independence choose more challenging problems and explore unconventional approaches to find solutions. We find support for these ideas in the data: R&D employees who have stronger motives regarding challenge and those who are less concerned with job security have higher innovative performance (proxied using US patent applications). Robustness checks show that these relationships are unlikely to reflect “reverse causality,” i.e., that productive people become less concerned with losing their jobs or start to have a greater interest in challenge and independence.

Although the relationships between employee motives and innovation are interesting per se, the key question in this project was whether differences in employee motives between startups and established firms may lead to differences in innovative performance across the different types of firms. Differences in innovative performance between firm types were highly significant: compared to startup R&D employees, researchers in established small firms had roughly 50 percent lower patent counts, while those in established large firms had roughly 30 percent lower patent counts in the prior five years. More importantly, these differences were significantly reduced once we accounted for differences in motives, whereby startup employees’ greater tolerance for risk was by far the most important channel. As discussed in more detail in the full paper, these relationships are not explained by other factors such as different propensities to patent in startups versus established firms or by differences in financial incentives (results remain unchanged if we account for the fact that salaries in startups are similar on average but show greater variation than in large established firms).

This study demonstrates the important contributions startups—small and young firms—make to innovation. The data show a large gap in innovative output between small firms that are young and small firms that are old, suggesting that policies intended to support innovative activity should focus less on firm size and recognize firm age as an important criterion. Future research should investigate in more detail the mechanisms through which firm age (as well as size) relate to innovative activity and performance, and how policies can be designed to support firms at different stages in their life cycles.

This paper explores one particular mechanism linking firm age and size to innovation—the characteristics of the employees who choose to work in the highly dynamic and often risky startup environment. Although economists and policymakers have paid great attention to knowledge-related factors such as skills and knowledge, motivational aspects of human capital are rarely considered. Our research calls for greater attention to such aspects in hiring decisions and labor market policies.

At the same time, our results raise the important question of whether and how motivational characteristics can be shaped and developed. Although evidence suggests that motives such as desires for autonomy and risk are relatively stable in adulthood, other studies argue that motives can be shaped earlier in life by factors such as family background and dramatic childhood experiences. As such, it is important to consider how educational policies—with respect to the content but also the process of education—affect not only the knowledge-related aspects of human capital, but also students’ motives and attitudes.

An entrepreneurial spirit and the willingness to take risks are important for founders. They are also important for those who “join” founders in their new ventures.

Henry Sauermann holds the POK Pühringer PS Chair in Entrepreneurship at ESMT Berlin and is a Research Associate at the NBER. He received his PhD from Duke University.