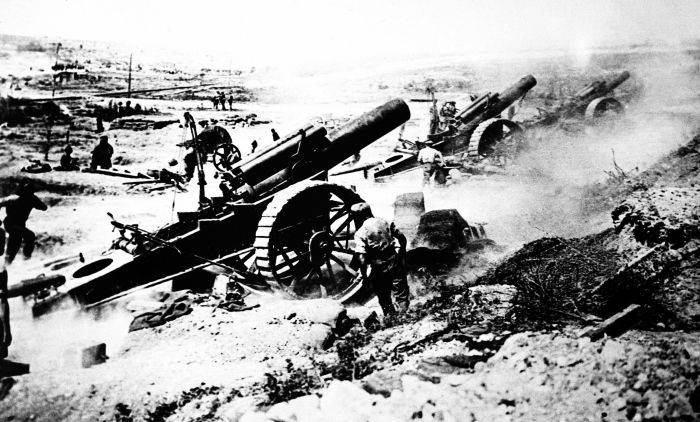 Branko Milanovic
Branko Milanovic is the author of Global Inequality: A New Approach for the Age of Globalization and of the forthcoming Capitalism, Alone, both published by Harvard University Press. He is senior scholar at the Stone Center on Socio-Economic Inequality at the Graduate Center, City University of New York.

Branko Milanovic on his new paper with Thomas Hauner and Suresh Naidu exploring inequality prior to World War I and providing empirical support for the classical theory of imperialism.

World War I was probably the most momentous historical event in the past 100 years, arguably even laying the roots for the Great Depression and World War II. The possibility of the outbreak of the war among major powers was anticipated and discussed extensively in the period before 1914.

Left-wing economists, many of whom were Marxists, saw the forces leading to the war in increasing power of monopolies and cartels whose needs for a wider “field of action”, together with their disproportionate political influence, led the governments of advanced countries to engage in policies of foreign conquest. Such policies pursued by several countries would, in their view, end up by provoking a conflict. A number of episodes, most notably the Anglo-French conflict in Fashoda and the two Moroccan crises that pitted Germany against France and the United Kingdom seemed to justify this point of view. Imperialism was seen to arise from domestic economic conditions; it was favored by economic interests of the elites.

A similar view, which was at the origin of left-wing imperialist literature, was formulated by John Hobson in 1902. Hobson explained imperialism by the search for new and more profitable investment opportunities needed because the major economies faced a surplus of investible funds due to high inequality. In Hobson’s view, imperial conquest was the outcome of an unequal domestic income distribution. If inequality were lower, there would be greater domestic aggregate demand and no need for the rich to look for investment outlets externally. Hobson’s hypothesis was later incorporated, fully or in parts, by Vladimir Lenin and Rosa Luxemburg and it remained influential for a long time, even as the war was going on and later as it ended, among the small group of Marxist economists. As Marxist influence in economics waned, it was gradually paid much less attention and was never tested empirically.

In a new paper, Thomas Hauner, Suresh Naidu, and I empirically explore the Hobson-Lenin-Luxemburg hypothesis using new historical data for the key belligerent countries (United Kingdom, France, Germany, and somewhat less for Austria-Hungary, Russia, and the United States).1 Most of these data have only recently become available. We divide the hypothesis into several testable parts. If the hypothesis is correct, high domestic inequality would tend to spill into high investment in foreign assets (as a share of GDP). The mechanism is simple: we show high-wealth individuals held almost all the foreign assets, and the share of foreign assets in portfolios increased with wealth. These foreign assets should command higher returns adjusted for risks, and, most crucially, these pledges of future income streams had to be maintained by active exercise of diplomatic, naval, and military power. As Lord Palmerston noted in 1860, “Cudgels & Sabres & Carbines are necessary to keep quiet the ill-disposed People whose violence would render Trade insecure” (cited in Darwin, 2009, p, 40).

Exploring the Hobson-Lenin-Luxemburg hypothesis, we find the following:

The United Kingdom, Germany, and France not only exhibited extremely high wealth and income inequality before the war, but their inequality was at a historical peak never achieved before or after. This is most dramatically shown in the case of UK wealth inequality (see Figure 1 from Alvaredo, Atkinson, and Morelli, 2017) where the top 1 percent of wealth-holders owned an enormous 70 percent of wealth. Charlotte Bartels’ (2017) new estimates of German top income concentration yield similar results.

We use the extensive extant sources of financial data to show that, on average and adjusted for risk, returns on foreign equities and bonds tended to outperform the returns on their domestic equivalents. This, of course, did not hold for all years, but over 1870-1914, British bond investors gained on average 1.9 percent more annually from foreign than domestic bonds; the spread during the same periods for German investors was 1.4 percent and for the French 0.9 percent. As for the equities, we find that the spread in favor of foreign equities was a very high 2.2 percent per annum in the case of France. Even when adjusted for risk the advantage of foreign (or colonies only) bonds and equities remains (see Figure 3 which shows it in the British case).

From British probate records and the data on Parisian decedents’ wealth (both of which have only recently become available), we show the prevalence of foreign assets in the portfolios of the rich. Thus, for example, in the estates of the Parisian decedents in 1912, those who belonged to the top 5 percent according to wealth had some 14 percent of their wealth coming from foreign sources. That share monotonically decreases as we move toward lower wealth groups (it is 8 percent for those between the 85th and 90th percentile) and becomes zero for those below the 70th percentile of wealth distribution. British probate records between 1870 and 1902 that cover approximately the top 7 percent of British wealth-holders show that the share of foreign assets in their estates never dropped under one-fifth.

In conclusion, it could be argued that the evidence for the chain that goes from high domestic inequality to the spillover into demand for foreign assets among the rich is fairly strong, as well as the correlation between aggregate foreign assets and military buildup. Two things, however, have to be kept in mind.

First, it is very difficult or impossible to establish causation between the individual links of the chain, and especially so between the rich having been heavily vested in foreign assets and their influence on domestic pro-imperialist policies. Such policies have often been driven by extra-economic factors like national pride and power. Yet it is also hard to argue that economic factors were absent from the minds of the governments, both because colonies provided access to high-yield investment thanks to valuable raw materials and cheap labor but also because in many cases conquest of one colony necessitated the control over the trade routes connecting that colony with the metropolis. This was at its most obvious in the case of India whose unimpeded control necessitated that the British control the Mediterranean (and hence colonize Egypt) and all the Northern accesses to India (and hence the Great Game with Russia).

Second, proving the empirical underpinning for each of the links does not establish of course that the war was inevitable, much less that it had to occur when it did and in the form that it did. Establishing the evidence consistent with the Hobson-Lenin-Luxemburg hypothesis simply shows that all the ingredients necessary for a large conflict were present. It was up to human agency and historical accidents to transform such ingredients into a worldwide conflagration.

Branko Milanovic is professor at the Graduate Center, City University of New York, New York City, and senior scholar at the Stone Center for Socio-Economic Inequality. He is the author of  The Haves and the Have-Nots: A Brief and Idiosyncratic History of Global Inequality (Basic Books, 2010) and Global Inequality: A New Approach for the Age of Globalization (Harvard University Press, 2016).

Alvaredo, Facundo, Anthony Atkinson and Salvatore Morelli (2017), “Top Wealth Shares in the UK Over More than a Century”, draft.