Mickey Mouse Turns 89 This Week—But Will He Ever Appear in the Public Domain? 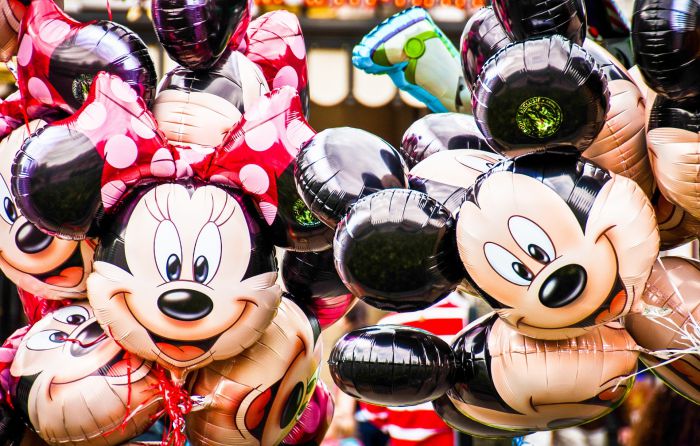 Walt Disney Co.’s efforts to protect its copyright over the famous anthropomorphic mouse are the subject of a new Stigler Center case study. This Sunday marks the 89th anniversary of the release of “Steamboat Willie,” Mickey Mouse’s official theatrical debut. As befitting one of the world’s most iconic and recognizable brands, the “birthday” festivities will include special celebrations at Disney’s theme parks and stores around the world, TV marathons, special commemorative merchandise, an appearance on “Good Morning America,” and a heap of online tributes.

Eighty-nine years after “Steamboat Willie,” Disney is a global entertainment behemoth with annual revenues of $55 billion that employs more than 195,000 people and owns movie studios, cable and television networks, and theme parks worldwide. Partly thanks to its acquisitions of Pixar, Marvel, and Lucasfilm, it is a lot less reliant on revenues from its early characters and titles than it once was.

Nevertheless, the beloved anthropomorphic mouse, known and loved by billions of children worldwide, is still synonymous with Disney. Mickey Mouse is also, as Cory Doctorow noted in 2016, synonymous with something else: copyright term extension, due to the company’s continual success in keeping him out of the public domain.

In the past 40 years, every time the copyright over Mickey Mouse was about to expire, changes in federal copyright law allowed Disney to enjoy retroactive copyright extension. And with “Steamboat Willie” set to enter the public domain in 2024, the measures that Disney might take to once again protect its most prized intellectual property are already a source of widespread speculation.

While Mickey Mouse & Friends branded merchandise still accounted for 10 percent of Disney’s total retail sales as late as 2015, the reasons for Disney’s fight to protect its copyright over Mickey Mouse go beyond Mickey himself: releasing him would launch a process in which many of its most beloved animated characters and titles, including Goofy, Pluto, Donald Duck, Snow White, Dumbo, and Peter Pan, would eventually enter the public domain.

Disney’s successful lobbying efforts to extend the copyright over Mickey Mouse, and the effect that these efforts have had on US copyright laws and public welfare, are the subject of a new Stigler Center case study. Written by Jacob D. Hartmann, the case explores Disney’s fight to extend copyright protections over its classics back catalogue and the economic rationale underpinning the decision, illustrating how policies that were originally meant to encourage innovation—in this case, copyright laws—can be coopted by corporations until they wind up stifling it.

In the 1990s, fearing the impending copyright expiration of what was then considered its “most precious asset,” Disney began to lobby legislators to extend the duration of copyright. In 1997 it spent $1.5 million on lobbying, in addition to the $800,000 in political contributions its PAC gave during the 1997—98 campaign. The company gave to both Republicans and Democrats, including former Senate majority leader Trent Lott.

The result, the Copyright Term Extension Act (CTEA)—derided by critics as the “Mickey Mouse Protection Act”—extended copyright to life of the author plus 70 years, or 95 years for corporate copyrights. As with the 1976 act, the 1998 law retroactively extended copyright for works published before the new system, giving Disney another 20-year extension on its copyright of Mickey Mouse and other early characters. Nineteen of the law’s co-sponsors in Congress, including nine of its twelve sponsors in the Senate, received donations from Disney. The bill, writes Hartmann, rolled through Congress “essentially unimpeded,” passing the Senate by unanimous consent without a roll call and passing the House of Representatives by a voice vote under suspension of normal House Rules.

Disney was reluctant to publicize its extensive political activity, regarding its lobbying as “proprietary to us,” as its spokesman at the time told the Congressional Quarterly. Disney’s former general counsel Joe Shapiro, who oversaw the company’s early lobbying efforts in Washington and famously declared that “Mickey Mouse is not a Republican or a Democrat,” told the Congressional Quarterly that Disney’s reluctance to discuss its lobbying was linked to its desire to protect its family-friendly image. “We don’t want to be obtrusive in making our point,” he said. “How does it enhance Disney value to shareholders to have the company perceived as a bunch of high-powered lobbyists? We want them to think of the people at Disney as clever filmmakers and theme park operators.”

The CTEA, particularly its retroactive extension of copyright protection, drew a lot of criticism from early Internet advocates and economists who argued the law was unconstitutional. The ensuing legal battle brought it to the public’s and media’s attention. In 2002, 17 prominent economists—including Kenneth Arrow, Milton Friedman, George Akerlof, Ronald Coase, and James Buchanan—submitted an amicus brief to the Supreme Court, arguing that a 20-year extension offered very little incentive to produce new works, and that retroactively extending copyright over existing works had nothing to do with incentivizing creativity. It did, however, allow copyright holders to continue selling existing works at monopoly prices, making huge profits at little to no additional cost.

The battle against the CTEA ultimately failed, and in 2003 the Supreme Court upheld its constitutionality by a 7-2 majority. The ruling extended Disney’s copyright over Mickey Mouse and its other early characters until 2023, but its effect on US copyright went far beyond Mickey Mouse and Disney: few works have entered into the public domain in recent decades, with many works that otherwise would have passed into public domain stuck in limbo.

Mickey Mouse and the case of Sherlock Holmes

The question whether Mickey Mouse will actually enter into the public domain remains open. While not the money makers they once were, Mickey Mouse and Disney’s early characters are still a lucrative asset, and as Hartmann notes, Disney’s passion for intellectual-property laws is deeply rooted in its founder’s “lifelong determination to own and protect all future creations.”

Even without working to change copyright law again, Disney still has ways to essentially prevent Mickey Mouse from reaching the public domain. One important test case in this regard, notes Hartmann, is the legal battle surrounding the copyright of Sherlock Holmes. After the copyright over most of the Holmes stories expired in the United Kingdom in the early 2000s, the estate of Sir Arthur Conan Doyle insisted that 10 later Holmes stories created by Conan Doyle still enjoyed copyright protection, along with the developments that occurred in those later works, suing writers and production companies that tried to create new works featuring the Holmes character. Many simply chose to pay a small license fee to Conan Doyle’s estate instead of risking litigation, until US Court of Appeals Judge Richard Posner finally released Holmes into the public domain in 2014, while maintaining the copyright protection for the character as developed in Conan Doyle’s 10 later stories.

Should copyright over “Steamboat Willie” be allowed to expire, Disney could borrow a page from the Conan Doyle estate and retain its copyright over later iterations of the character. Mickey Mouse is also trademarked (Disney has no less than 19 trademark registrations for the words “Mickey Mouse”) and used widely in promotional materials, theme parks, Disney stores, and other products. As long as it is the face of the Disney brand, the company will likely be able to use trademark protections to prevent it from passing into the public domain.

So will Mickey Mouse celebrate his 95th birthday in the public domain? The smart bet says don’t count on it.