How to Defeat Populist Plutocrats? “Build a Counter-Narrative” 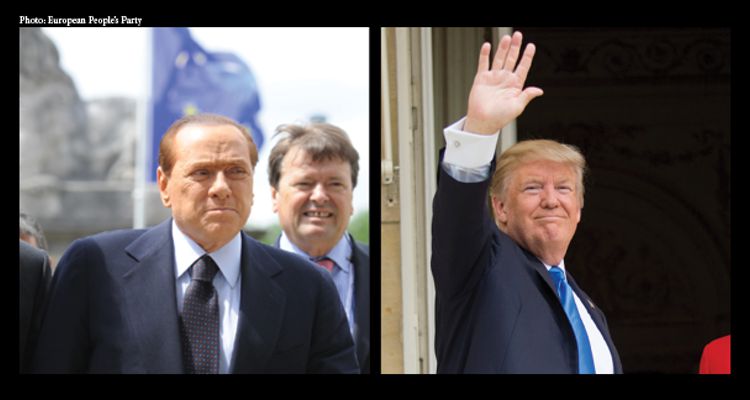 The US stands out among developed economies for its comparatively low level of redistribution as a percentage of GDP. Gustavo de Souza...
Read more
News

Beppe Severgnini, one of the most influential journalists in Italy, talks to ProMarket about what the U.S. can learn from Italy on how to defeat populist plutocrats.

While the election of Donald Trump and his subsequent conduct as president no doubt seem shocking and unprecedented to many Americans, to the citizens of countries like Italy, Thailand, Peru, the Philippines, Argentina, South Africa, and Russia, the Trump presidency strikes a familiar note. All those countries, along with many others, are or had been ruled at one point by leaders who could be described as populist plutocrats: (mostly) rich men with little political experience, who were carried to power on the back of their outsider status and a staunchly populist stance, not unlike Trump.

What makes the citizens of democratic countries elect plutocratic populists? This question was at the heart of Harvard Law School’s and the Stigler Center’s conference on populist plutocrats last week. The conference, which brought together experts and policymakers from around the world, explored the many parallels between the current challenges facing American democracy and those faced by other countries that have gone through similar experiences.

On Tuesday, Italian journalist Beppe Severgnini will give a talk at the Stigler Center about what the lessons Berlusconi’s Italy can offer present day America. Severgnini is the editor in chief of Corriere della Sera’s magazine “7,” the author of 16 books, including the New York Times bestseller “La Bella Figura: A Field Guide to the Italian Mind” and, since 2013, a New York Times op-ed contributing writer.

Ahead of his Stigler talk, we sat down for an interview with Severgnini about populist plutocrats and how to defeat them. Below is a transcript of our talk, edited and condensed for clarity:

Q: In the past decade we’ve seen a number of populist plutocrats rise to power, most notably Trump. What can we learn from Italy’s experience about fighting them?

First, understand why they happened. We’ve seen this happen before, in the 1920s in Italy and in the 1930s in Germany, and we know what aggressive populism can produce. Nothing like that is happening in Europe or in the United States—historical comparisons are very sensitive and should be taken very cautiously—but I’m suggesting that when something like this happens, first you must ask yourself why.

If you look at Italy in the 1920s, Germany in the 1930s, Thailand in the 1990s, Italy again in the 1990s, and America now, whenever there was an angry populist or popular backlash and the majority seemed fed up, this was after a big crisis—a lost war, a bad peace arrangement, a financial crisis, a corruption case. Populists almost never succeed because they offer great policies. They offer two things: a way to vent out frustration, and an outlet for people’s desire for revenge.

Sometimes, the more in-your-face these candidates are, the more successful they become. Berlusconi was rich, he was a womanizer, he came from nowhere, and he was treated like an outcast by the political and financial establishment in Italy. Like Trump, that turned out to be his blessing. The fact that [populist plutocrats] are unlikely makes them more attractive.

Q: Given that our governments, policies, and economies were run as they were, and populist plutocrats did rise to power, what can be done now?

First, take them seriously—but not literally. With Trump, what happened is that most Democrats, and even his Republican rivals, took him literally, counting how many lies or inaccuracies he told. Fact-checking Trump is interesting, and in a way also easy, but it doesn’t take you anywhere. His supporters know he’s not accurate and very often not truthful—they don’t care. It’s the spirit of it that matters.

Second, don’t let them become an obsession. Once they become an obsession, and you talk about nothing else, they are bound to become even more successful. The campaign for Trump was not done by Trump himself, his supporters, or his funders—the media’s obsession helped Trump, and he knew that very well.

In Italy, the Five Star Movement’s policies are almost nonexistent, yet it’s always ranked first or second in the polls. Why? Because they offer amazing leaders? Beppe Grillo wasn’t, and the movement’s new leader, Luigi Di Maio, is completely out of his depth. Is it because of what they did when they were put to the test? Rome, the first big city where they were put to the test, is a disaster. So why are they still popular? It’s the other parties’ failure, the failure of the establishment to deliver what we discussed so far. In the old days this used to be called a protest vote, and that’s exactly what it is.

Q: One thing that seems to be shared by most, if not all countries where a populist plutocrat rose to power, is that their rise was preceded by a failure of the political class.

Not only preceded, but caused. There is a cause-effect relationship here.

Q: Is this something that can be fixed, or at least mitigated, in the U.S.?

If the Democratic Party chose a leader who’s more empathic, without the baggage that Hillary Clinton had, then maybe this person could supply an agenda and a narrative. One person who provided a progressive counter-narrative was [former Italian Prime Minister] Matteo Renzi, who was very popular with young people at the beginning because he offered a strong, passionate narrative for Italy. That lasted for a year and half, and then he changed, and young people deserted him in droves.

In the U.S., the person on the left who was closer to this was Obama. Emmanuel Macron in France also spoke with passion about Europe. You really don’t need to be a revolutionary—all you have to do is offer an emotional, credible message, and that’s enough.

Q: Yet Macron is very unpopular these days. He may have won the election, but if he doesn’t deliver on his promises, France may still end up with Marine Le Pen or another extremist as president in 2022.

If you look at the history of empires, they come and go. It’s not certain that American and European democracies will be here forever. The Roman Empire lasted a long time, but in the end lost its vital appeal, its ability to integrate, and the brutal newcomers came and took over, and the rest is history. Are the populist plutocrats the new barbarians at the gate? Yes.

Q: Berlusconi may not be prime minister anymore, but he continues to haunt Italian politics, remaining a major political force despite his numerous failures, scandals, and criminal convictions. What makes the appeal of populist plutocrats so resilient?

Berlusconi is like the big mammoth of Italian politics. He’s 81, he’s frail, I don’t think he wants to be prime minister again. His appeal is not what it was in 1994, 1996, 2001, and 2008. It’s completely different now, and has to do with nostalgia. In his own way, Berlusconi used to be a kind of revolutionary figure, but in 2017 he is a reassuring figure who appeals to Italians in the same way that nations love their passato prossimo, the recent past. Berlusconi is now the establishment: He was the barbarian king in the early 1990s, but he is now a late emperor of the Western empire.

Q: Does that mean that in 10 years we’ll be nostalgic for Donald Trump’s presidency?

Share
Facebook
Twitter
Email
Previous articleAntitrust in the Labor Market: Protectionist, or Pro-Competitive?
Next article“In Just About Every Generation, Many People Thought the American Republic was on the Verge of Collapse”