Corporate Culture in Investment Banking: An Inside Look 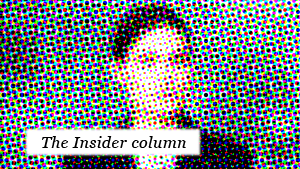 A former investment banker examines the culture that incentivizes people in the industry to put their interests before their clients’. Part three in a series of columns by anonymous sources that reveal how industries work from within.

Back in March, we published the anonymous account of a former investment banker, who agreed to share some insights on the inner workings of the industry. “As a former London employee of a major investment bank, I am often puzzled by the tone that top managers of investment banks use when speaking to the public,” he wrote, referring to what he described as a gap between the way the investment banking industry presents itself and the way it actually operates. “To me, banks are experts at exploiting asymmetries of information. Furthermore, they often amplify this asymmetry themselves by complexifying the products they offer or by disclosing only fractions of the information they have,” he added.
In his piece, the former investment banker detailed several methods in which investment bankers put their interests before their clients’. Investment banks, he argued, deliberately obfuscate their products, marketing overcomplicated products in order to “make it difficult for the client to understand where the bank makes money or to make it difficult to compare transactions proposed by other banks,” thereby shielding the banks from competition. They also regularly attempt to “take advantage of their clients’ weaknesses.” “It is when our clients are the most fragile that we make the most money,” he quoted his former boss.
Below you’ll find the second installment of the former investment banker’s account of the industry he once worked in. This time, the focus is on the culture that enabled the behavior he discussed in his previous piece.

During my past experience at a leading investment bank, I had the opportunity to observe the specificities of corporate culture in this industry and how it influenced employee behaviors in terms of risk-taking.

It might sound tautological, but the majority of my colleagues were working in investment banking to make money. Compensation was therefore at the heart of their motivation and shaped their everyday attitude, as well as their long-term goals. My employer workforce could somehow be compared to a group of mercenaries, who fight as long as they are well paid but can quickly switch sides if a better offer from a competitor arrives.

While this sounds like an efficient labor market, one limitation of this model is that it encourages employees to take risks, as they are unlikely to bear the long-term costs while benefiting from the immediate profits (as they will have moved to another bank when the risks materialize). The high churn rate of the workforce also impacts employee interactions, as people are less eager to invest in long-term relationships and build trust than in other industries. This model also encourages workers to focus on the skills that are the most portable, as they will be easier to monetize with an outside offer.

It is well known that bankers are compensated with bonuses. What is less known is that bonuses are usually first allocated at the business unit level, the so-called bonus pool, and then split among team members at the manager’s discretion, in total opacity. Employees are aware of this system and therefore compete “locally” for the bonus. This means that bankers have no interest, if not adverse incentives, to help their co-workers, for instance by sharing knowledge with them. While we all sat in an open space at a very close distance from each other, this lack of communication could reach extreme levels. My desk neighbor, who sat two feet away from me, usually ignored me completely and would only talk to me when trying to obtain information on the transactions I was working on.

While this competition for the bonus pool was not at play during interactions with people outside the business unit, the lack of incentive was usually enough to prevent knowledge transfer as well. I remember a conversation I had with a structured credit trader that abruptly ended when I could not convincingly answer the question “Where do I make money in this?” This monetization of interactions was fostered by the existence of an internal currency, the “production credits,” or PCs, which corresponded to the P&L of transactions, and which were split between participants of a transaction. Individual annual performance targets were typically expressed in PCs.

Another important dimension of the human resource policy is the abundant use of redundancies. Banks fire massively during a crisis, but they also usually do an annual “cleaning” and let underperformers go. This creates a sense of insecurity that may also foster risk-shifting, for instance for workers who are lagging in their objectives. This also contributes to having fragile work relationships.

One anecdote from a wave of layoffs in the midst of the financial crisis shocked me. When you are made redundant, you typically get a call on your landline, go to a meeting room in the top floor, and then directly leave the bank without getting back to your desk, so that you cannot take revenge by creating losses on your trading portfolio or steal valuable information. Your assistant usually picks up your personal belongings, like your jacket, and brings them to you outside the bank. A worker from the team working next to mine received this treatment. Once his (well-paid) co-workers learned this information, their reaction was to go through his desk belongings to see if they were things they could take, such as a pair of scissors, an office punch, etc.

Another key feature of the corporate culture was the reliance on a form of social Darwinism. Internal competition was encouraged to stimulate the workforce. Thus, the scope of activities and targeted clients of the different teams were usually loosely defined and open to negotiation. This “law of the jungle” regularly led to conflicts between workers or teams, which needed to be arbitraged at a higher level of command.

This atmosphere of internal competition was deliberate, as the dual nomination model illustrates. It was indeed quite frequent that when a manager was replaced, for instance the European Head of an activity, the role was initially split between two co-heads. “Survival of the fittest” would then decide which of the two would obtain the job in the long run. These power relationships were also at play between front office workers and the middle office personnel in charge of monitoring them. I remember one of my colleague threatening a middle office manager for obtaining an approval in the following terms: “I might lose my job if we don’t do this deal, but I will make sure that you lose your job as well.”

These types of behaviors may be currently less pronounced in banks, as compensation and internal processes have evolved. However, they are likely to have migra
ted towards financial institutions that are less under the scrutiny of the regulator.

Share
Facebook
Twitter
Email
Previous articleHow Rich are the Parents of Your Money Manager, and What Does it Tell You About his Alpha?
Next articleAmerican Antitrust Is Having a Moment: Some Reactions to Commissioner Ohlhausen’s Recent Views