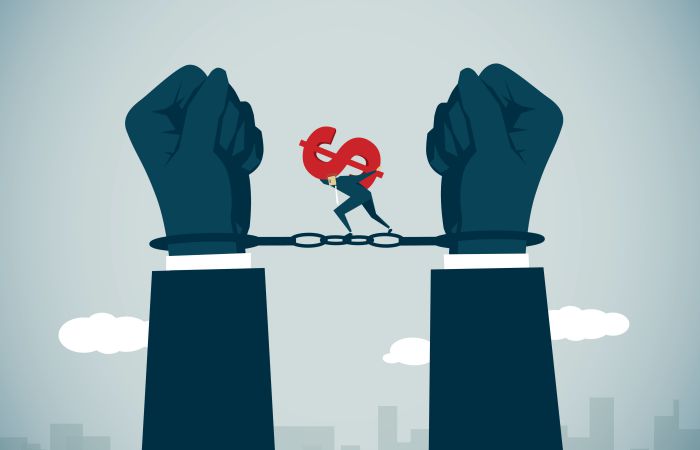 Daniel Carpenter
Daniel Carpenter is Allie S. Freed Professor of Government in the Faculty of Arts and Sciences and Director of the Social Sciences at the Harvard Radcliffe Institute at Harvard University. Professor Carpenter graduated from Georgetown University in 1989 with distinction in Honors Government and received his doctorate in political science from the University of Chicago in 1996. He taught previously at Princeton University (1995-1998) and the University of Michigan (1998-2002). He joined the Harvard University faculty in 2002. Beginning July 2021, he will serve as Faculty Director of the Social Sciences at the Radcliffe Institute for Advanced Study, a position he also held from 2013 to 2020.

We as a society have failed to settle upon what we think are the measurements, the correlates, the red flags, and the warning signs needed to identify regulatory capture.

Harvard Business School Professor David Moss and I have, roughly speaking, defined regulatory capture as the result or process by which regulation is consistently directed away from the public interest and towards the interests of the regulated industry. But the “public interest” is hard to define. One possible way to do so is to focus on how the public interest is represented in statutes that Congress has passed and that the President has signed—and which have been upheld by the courts when contested. Capture happens when special interests have shaped policy in ways that advance industry interests rather than statutory intent.

Understood this way, capture is not a binary situation, but rather exists on a spectrum, ranging anywhere from weak, to intermediate, to strong. In strong cases of capture, policy is effectively crafted and implemented by industry. In other cases, capture manifests itself in agency policy being pushed in an overly industry-friendly direction at the expense of statutory intent, but to a lesser extent than with strong capture. In still other instances, capture may be weak, such as with medical device regulation at the U.S. Food and Drug Administration today.

To say that an instance of capture is weak or strong, though, does not change the fact that it needs to be addressed. Agencies and their leaders should be constantly on guard against letting themselves become overly influenced by the firms they oversee. However, understanding the extent and nature of capture in any given case will become important for devising solutions for the agency to take to resist the pull of corporate power. The good news is that a full-scale dismantling of a regulatory regime, or full-scale deregulation solely on the grounds of the agency’s capture, is rarely called for, however advisable it may be for other reasons.

Still, there are limitations when it comes to preventing capture. Perhaps the most important is that capture is difficult to measure, and that is so not just because it is a sticky concept. We as a society have failed to settle upon what we think are the measurements, the correlates, the red flags, and the warning signs needed to identify regulatory capture. We have judicial institutions that are set up to assess, systematically, the adherence of administrative decisions to legislative intent—one feasible benchmark, as I have noted, for determining capture—but we do not yet have, as U.S. Senator Whitehouse (D-R.I.) has noted, enough systematic analyses of the degree to which departures from legislative intent stem from industry pressure or from other factors unrelated to capture.

Courts are unfortunately not well suited to making determinations of whether an industry’s influence over an agency that regulates it rises to the level of capture. Even statisticians and economists trained in cost-benefit analysis are generally ill-equipped to measure it, unless their training is broader. Finding that costs outweigh the benefits of certain regulatory regimes might raise questions about a policy’s wisdom, but by itself an inefficient set of regulations does not equate to capture. Senator Whitehouse’s proposal to have inspectors general assess the issue is a good start, especially because these institutions possess the kind of investigatory tools needed to trace out industry influence, but I worry that inspectors general are already too busy with other matters.

Looking outside government, universities and the academic researchers who inhabit them might seem plausible candidates for ferreting out and measuring the level of capture at different agencies. Yet we need to be cautious of even universities as sources of expertise and independent judgments about capture. Universities have their own interests. They increasingly rely on support both from government and corporations that can make them less independent in how they assess public policy decisions and agency behavior. Corporate and government partnerships with universities are fine in and of themselves, but they unavoidably raise questions even about the academic community.

No university, academic discipline, or profession can be entirely immune from the subtle, even unconscious, biases that can creep into academic assessments of public policy matters. University of Chicago Professor Luigi Zingales, has produced evidence suggesting that economists have been overly influenced by business interests. Anyone who saw the documentary, “Inside Job,” may believe economists played an outsized role in the thinking, the appointments, and the decision-making that enabled the 2008 financial crisis. Similar concerns can be, and have been, raised about academics in other fields, whether in the natural, health, or social sciences.

An executive order setting out clear criteria by which to measure regulatory capture would help provide some much needed clarity and guidance for agencies and those tasked with assessing their behavior. We know that when agencies’ decisions are reviewed according to certain other criteria—such as rationalizability, fairness in administrative procedure, or cost-benefit calculus—agency officials do tend to respond. Maybe if we scrutinized agency decisions for capture more systematically, measured against a clear, well-accepted capture “index,” we might prompt agency officials to think more critically about whether the industry actors they regulate are exerting undue influence.

Regulatory capture is not inevitable. It is not necessarily a death trap for agencies. Yes, there are challenges to preventing capture, including the lack of metrics for identifying capture and the lack of qualified auditors who can apply those metrics without bias. But by confronting these challenges and making progress on how to understand and measure capture, we can do a better job of reducing the kind of industry influence over agency decisions that comes at the expense of broader public policy goals.

(Note: Daniel Carpenter directs the social sciences program at the Radcliffe Institute and is the Allie S. Freed Professor of Government in the Faculty of Arts and Sciences at Harvard University. This post originally appeared in RegBlog, an online source of regulatory news, analysis, and opinion affiliated with the Penn Program on Regulation.)

Share
Facebook
Twitter
Email
Previous articleFighting Regulatory Capture in the 21st Century
Next articleMarket Power and Inequality: How Big Should Antitrust’s Role Be in Reducing Inequality?