Intergenerational Mobility, Guilds and Income in the Very Long Run 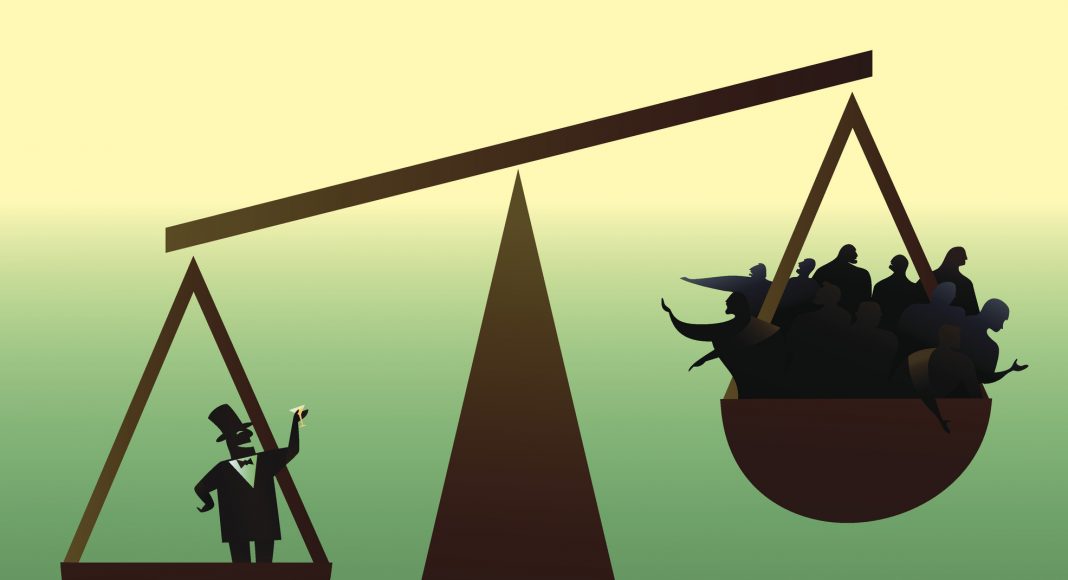 New paper compares tax records for family dynasties in Florence in 1427 and 2011, and finds that the top earners of the present day were already at the top of the socioeconomic ladder 600 years ago.

The political mantra of this election cycle is probably “the economy is rigged,” and what the candidates mean by that is that special interest groups, the rich and the powerful use their money, status, and connections to shape and influence laws, regulations, and policies.

Like income and wealth inequality, the discussion of intergenerational mobility carries much significance as it touches on the legitimacy of the political, societal, and economic system. This discussion is not just about making things better but sometimes also about the glue that keeps society together.

The legitimacy of a market economy rests in many ways on the notion that it rewards the most talented, hard-working, and well-trained and that it pushes all of society for higher productivity and a higher standard of living. The discussion on inequality, which intensified considerably following Thomas Piketty’s 2013 book Capital in the Twenty-First Century, also placed a stronger focus on the question of whether current market economies indeed produce equal opportunities, or if they contain structural failures that help certain groups preserve wealth and privileges over generations. These issues are definitely relevant when discussing laws, rules, and regulations.

Finding out that Denmark, of all countries, is the leader in intergenerational mobility may surprise some people. We tend to associate the ability to break out from your social or economic class to capitalism and not social democracy: Denmark is a welfare state with very high taxes and large public sector. But perhaps this is not so uprising – Denmark is financing its rich welfare state by being one of the most competitive economies in the world. This assertion may is supported by the 2016 Heritage Foundation Index of Economic Freedom, which ranks Denmark 12th among the 38 nations in the “Mostly free” list3. Most attempts at estimating elasticity, however, were made over two generations, parents and their direct descendants, and therefore do not tell the whole story. Generally speaking, it was not until the 20th century that countries had access to and collected and kept data in a way that allows for scientific analysis.

Indeed, elasticity provides a good measure and such estimates did shed much light into the study of economic mobility. But the short time spans made it very difficult, perhaps even impossible, to measure and track mobility over many generations.

Scholars tried to cope with this limitation by using their best knowledge, judgement and experience in trying to provide estimates as to the progression of intergenerational mobility over time. Due to the technological, societal, political, cultural, and other major developments that mark societies, many forecast that mobility increases over time. Specifically, in 1986 Gary Becker and Nigel Tomes wrote that “Almost all the earnings advantages or disadvantages of ancestors are wiped out in three generations”4.

But Italian economists Guglielmo Barone and Sauro Mocetti came across a dataset that provides a unique look into one society’s economic mobility over not two or three but twenty generations5.

The backdrop is the city-states of Italy at the beginning of Renaissance. In the mid 1420s Florence suffered a major fiscal crisis, which stemmed from its long wars with Milan. As a preparatory step to coping with this crisis, the city’s leaders decided to conduct what may well have been the first major large-scale and meticulous tax survey of the city and its districts. The result was a 1427 dataset that has survived for almost 600 years. Assuming a generation lasts 30 years, Barone and Mocetti estimated that 20 generations had passed since the Renaissance-era survey was completed.

Of course, present-day Italy has much more data. Specifically, Barone and Mocetti used Florence’s tax data from 2011. Barone and Mocetti did not have the direct lineages between Florence’s 1427 inhabitants and those of today, so they used the very specific characteristics of Florentine surnames to create “pseudo-links” between Florence’s “pseudo-ancestors” of 1427 to their present-day “pseudo-descendants” – about 800 surnames6.

The 0.04 elasticity is between 1427 and 2011. If one assumes that correlation across generations decline geometrically (as many scholars do), the 0.04 estimate can be interpreted as “compounded”. In other words – it is the product of the two-generation elasticities of 20 generations.

Barone and Mocetti have no data on these individual elasticities. However, They argue that elasticities were close to 1 in the pre-industrial era and that started declining in the last two generation. For demonstrative purposes, one can reasonably assume that for all the first 18 generations elasticities were 0.89 each. This, of course, is based on the slow changes in Florentine society over these years, as was the case in many other major cities in Western Europe. If figures for the last two generations are 0.68 and 0.46 then the product of all these 20 individual elasticities yields 0.04. This indicates not only that, in Florence, over six centuries, a profession is a vehicle for conveying social and economic status, but that it may be an important factor, alongside other important determinants like inequality or access to education.

It may well be the case that guilds are less prevalent now than in 15th century Florence, but it can be argued that their modern equivalent is occupational licensing–professions that require licensing.

In July 20157 and again in April 20168 the White House addressed occupational licensing in the same context as intergenerational earnings and wealth elasticity–mobility, opportunity and competition. Both mention a July 2015 report by the Department of the Treasury’s Office of Economic Policy, the Council of Economic Advisers and Department of Labor, which shows a five-fold increase in the share of workers with a State occupational license – from about 5 percent in the 1950s to about 25 percent in 20089.

While the report concludes that “In many fields, occupational licensing plays an important role in protecting consumers and ensuring quality”, it nevertheless stipulates that “…the practice of licensing can impose substantial costs on job seekers, consumers, and the economy more generally. This is particularly true when licensing regulations are poorly aligned toward consumer protection and when they are not updated to reflect a changing economy.”

For many centuries, in Florence and most likely other societies, economic mobility was practically non-existent. But over time, the rich-poor gap has almost all but vanished. This improved mobility, i.e. lower elasticity, promises more Florentines better opportunities to realize their full economic potential.

But on the other hand, the vast
majority of improvement came only in the last two generations, where Florentine elasticity dropped by as much as half. Before that, it probably took 6-8 consecutive generations to achieve that. Back then, poverty and affluence were very much hereditary.

Even at the current elasticity rates—in Florence and elsewhere—it seems unlikely that immobility would vanish over 3 or more generations.

Barone and Mocetti’s research shows that barriers to mobility prevail even when confronted with huge political and economic upheavals. All of the political, social and technological revolutions in Italy that changed the country dramatically since the 15th century did not wipe out immobility. Barone and Mocetti do not have data on what happened in each generation between 1427 and 2011, but their paper is another major contribution to the developing literature that is trying to tackle these issues. Some may say that the data proves that mobility is improving, but others may warn that the recent rise in economic inequality in most western developed economies in the last decades, combined with greater concentration of economic power, may halt or even reverse that trend to the “old normal” documented over centuries in Florence.