Is Fraud in the Financial Sector a “Bug” or a “Feature”? 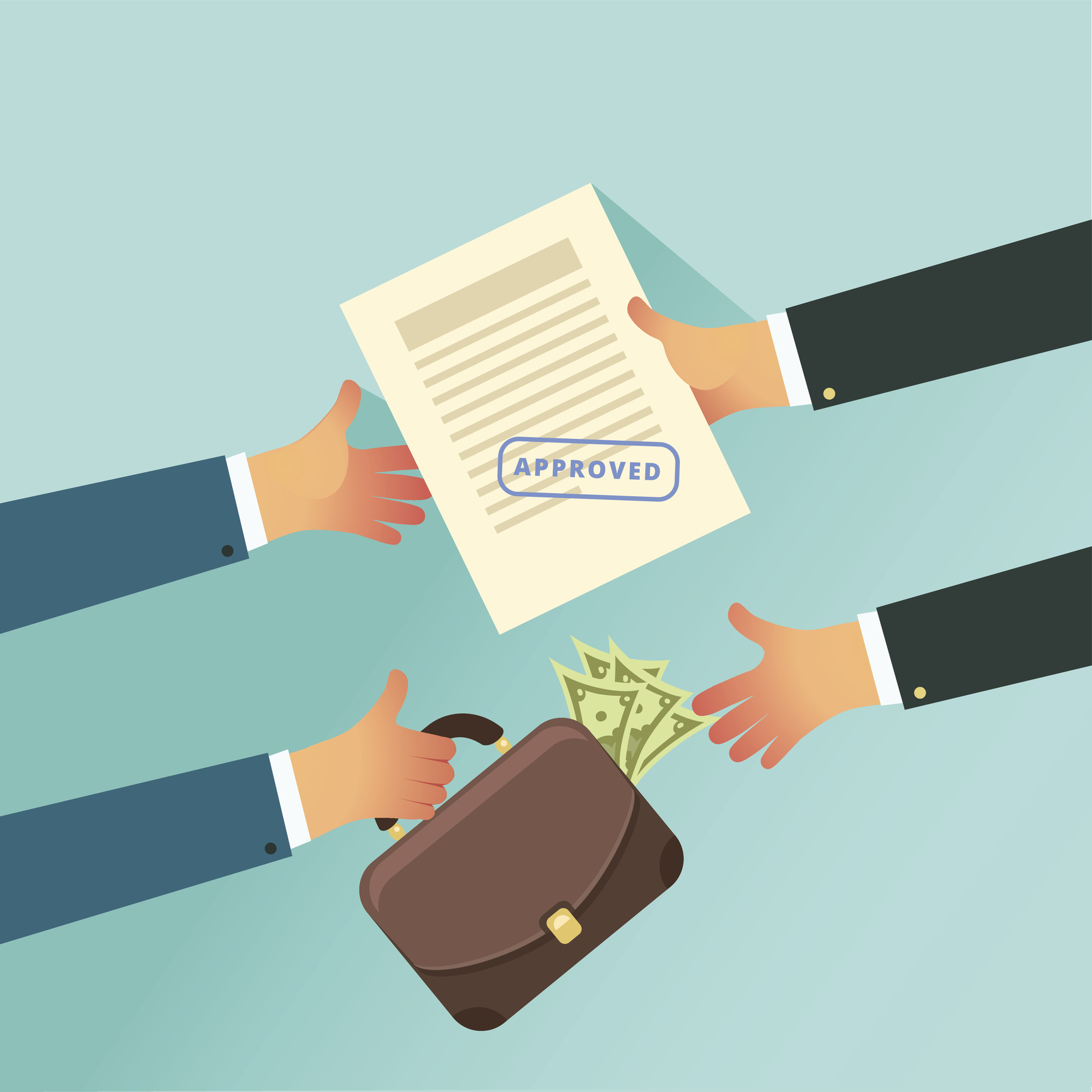 In response to a recent ProMarket post about the Twitter Files, professor Tom Ginsburg points out that the toughest question lies in...
Read more
Fiscal Policy

Study: 7 percent of financial advisers have misconduct records – 44 percent are hired within a year.

A new paper by Mark Egan, Gregor Matvos and Amit Seru reveals that misconduct within the financial industry is much more prevalent than previously thought.

Since the financial crisis of 2008, the notion that fraud is prevalent in the financial sector has become increasingly common. According to the Financial Trust Index, a Chicago Booth- Kellogg Northwestern survey on the trust Americans have towards the financial sector, brokers are consistently trusted less than bankers. Brokers are seen as less trustworthy than even Uber drivers, a survey conducted last year by the advisory firm Personal Capital shows.

The reason for this, to a great extent, is the long series of frauds and scandals that have been exposed in the aftermath of the financial crisis. Since 2008, financial institutions have paid more than $150 billion in fines and settlements related to various charges of misconduct and fraud. In 2015, the Financial Industry Regulatory Authority (FINRA) brought 1,512 disciplinary actions against brokers and financial advisory firms, and ordered $96.6 million in restitutions to investors – almost three times what it ordered in 2014. (Fines levied by FINRA, however, went down by more than 30 percent in 2015).

The proliferation of high-profile scandals has led many to believe that misconduct in the financial sector is in fact more endemic, and goes beyond a few isolated “bad apples.” But so far, few studies have tried to systematically track the extent of wrongdoing in the industry, or study how the industry deals with misconduct once it has been discovered.

A new study, by Chicago Booth’s Gregor Matvos and Amit Seru and the University of Minnesota’s Mark Egan, aims to do just that, by examining the cost of misconduct for financial advisers who have been caught.

There are currently 644,277 registered financial advisers — brokers and other investment advisors — in the US, accounting for 10 percent of the workforce in the finance and insurance industry. 638,528 more have the left the industry between 2005 and 2015, the period the study focuses on. In order to track the career trajectories of all 1.2 million current and former financial advisers, the authors used FINRA’s BrokerCheck database, which allows investors to research their brokers before hiring them.

FINRA requires that all individuals who sell securities or give investment advice disclose “customer complaints and arbitrations, regulatory actions, employment terminations, bankruptcy filing, and criminal and judicial proceeding.” These disclosures are made public through BrokerCheck. Through BrokerCheck and other databases, the authors were able to construct a data set that includes the registrations and licenses of all these brokers, their employment history in the financial industry, and every disclosure they had to file, including professional disputes and disciplinary actions taken against them (civil, criminal and regulatory, including investigations).

The study finds that 7.56 percent of financial advisers in the U.S. today have a misconduct disclosure in their record, meaning they engaged in misconduct (such as misrepresentation, omission of key facts, or fraudulent behavior) at least once during their career. Of those, 38 percent are “repeat offenders,” with two or more disclosures of misconduct in their records.

“A large chunk of those that commit misconduct are fired, but there are hired pretty quickly by the industry. We were surprised by how easily and how many were getting rehired,” says Seru. “If this was a one-off case and the industry was harsh in making sure offenders are thrown out of the industry, then we should not find repeat offenders surviving and finding a new job easily within a year.”

Misconduct, he stresses, does not go completely unpunished. Those who are caught experience a relatively-long period of unemployment, and eventually move to smaller, less-prestigious firms, where they suffer on average a 10 percent reduction in compensation. But overall, according to the study, the speed with which they find new employment in the industry “suggests that the cost of misconduct in the industry as a whole is low.”

Why does this prevalence of misconduct persist? The price of broker misconduct is substantial: the median settlement for misconduct is $40,000, and a quarter of all settlements top $120,000, suggesting high costs for households and firms alike. Prior offenders, the study notes, are also five times more likely to commit wrongdoing as the average financial adviser. Three quarters of those who committed misconduct remain employed in the industry, with only one quarter leaving the industry altogether.

Why, then, are some firms willing to employ brokers and advisers who were already fired for misconduct? Here, the study points to an interesting dynamic: not all firms share the same attitude toward misconduct, otherwise brokers who have committed wrongdoing would not be rehired so fast. After leaving larger, more prestigious firms, brokers who have been caught committing wrongdoing move to firms that “specialize” in misconduct.

“The question we ask is: how is this happening? And our explanation is that the industry seems to be split into two types of firms: reputable firms, and ‘less-reputable’ firms. For the less-reputable firms, misconduct is somewhat a business model,” says Seru. These firms have a greater tolerance for misconduct, they employ “substantially more advisors with misconduct  than other firms,” and are less likely to fire advisers for new offenses, which makes them attractive for people with an inclination for wrongdoing.

The financial advisory and brokerage industries are highly competitive. Reputation concerns, in theory, should deter advisers from committing wrongdoing, and firms from bringing prior offenders into their ranks. Yet competition, notes the study, is not weeding out bad advisers or firms. One reason for that is differences in clientele: while “reputable” firms tend to target more sophisticated customers, firms who specialize in misconduct attract unsophisticated retail customers who tend to be less educated, or elderly. These populations might not know that FINRA tracks misconduct, or that this information is made public and available, or how to find it.

Nevertheless, misconduct seems to remain pervasive throughout the industry. Among firms with at least one hundred employees (around 490 firms, from a sample of 4,152), 99.60 percent employ at least one adviser who has previously been disciplined for misconduct. A customer who works with an adviser from firms that have the highest incidence of misconduct, notes Seru, is roughly 30 times more likely to encounter an adviser who has committed misconduct at least once.

In such an environment, reputation concerns are far less significant than they should be. “There is always potential to do something that benefits you at the expense of whoever is giving you the money, one aspect that could ensure your incentives to do right are preserved is reputation: the knowledge that if you do something bad, you’ll get punished. there are some costs for those who engage in misconduct: you get less compensation, you move to less-reputable firm. But you do not lose everything. If the probability of getting caught is not too high, and even if you’re caught you might not get punished too much – this is going to blunt your incentive to stay on the straight and narrow,” says Seru.

Following a series of broker-related scandals, regulators have recently put new emphasis on curtailing wrongdoing within the industry. FINRA recently announced that the “culture, ethics and conflicts of interest” of brokerages and financial advisory firms are among its top priorities for 2016. The Department of Labor is currently promoting a “fiduciary rule” that would require financial advisers who give retirement advice to put their clients’ best interest ahead of their own profits.

Seru believes one possible solution would be to improve disclosure, but also thinks that “having a firm shamed, by non-profit organizations and media, might work hopefully. I don’t know if FINRA or other regulatory agencies can be only relied on. In the mortgage industry prior to 2008, it took 5-7 years to deal with similar practices, and that was only because investors had private incentives to go after offenders. Individuals went after them, lawsuits happened, then it became media story, then regulators took action. I suspect a similar thing will happen now too: Individuals are taking action, there are settlements, but they’re not happening at the scale of huge lawsuits, it still doesn’t shake the industry. I’m hoping that the media and the non-profit sector keeps track of this stuff, given that this is all very important to households in the US, who frequently make retirement decisions through financial advisers. It’s pretty surprising that there is so much misconduct going on and there is no outcry about it.”