Election Timetabling Is Not the Role of Judges 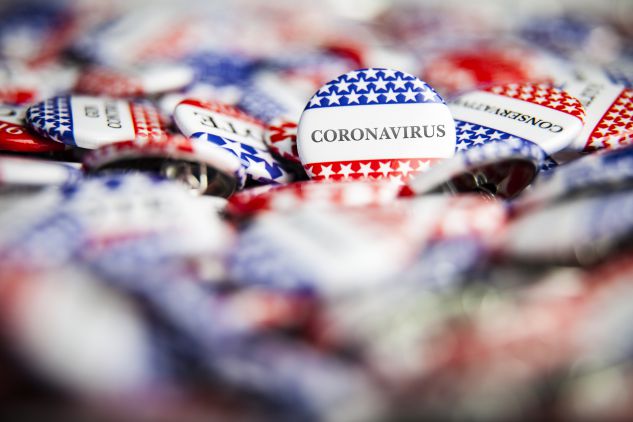 As wrong as it is that the Wisconsin elections were held under patently unsafe conditions, it is not the place of the courts to interfere with election timetables.

By any responsible public-health standard, the election in Wisconsin Tuesday should have been postponed. There were many reasonable attempts to do so through the proper political channels—they all failed, another indication of America’s political dysfunction. Then, the US Supreme Court was dragged into the matter. It refused to effect the delay. And, as we have come to expect in our hyper-partisan environment, the establishment media and pundits have been fierce and scathing in their criticism of the Court.

The Supreme Court’s decision was the product of a now-familiar 5-4 split, with the Court’s conservatives affirming the majority view against an election delay. The Court’s majority has since been accused of disenfranchising thousands and even of sending Wisconsin voters to their deaths.

As wrong as it is that the Wisconsin elections were held under patently unsafe conditions, it is misplaced and irresponsible to assign blame for that situation to the US Supreme Court, principally because it is not the place of the courts to interfere with election timetables.

This has rightly been the Supreme Court’s view since at least 2006, when it held that “Court orders affecting elections, especially conflicting orders, can themselves result in voter confusion and consequent incentive to remain away from the polls. As an election draws closer, that risk will increase.”

Consider why the Supreme Court might hold this view. Absent such an injunction against judicial meddling in election schedules, a particularly nefarious district judge could well issue an arbitrary extension order close to Election Day to confuse voters in her jurisdiction into staying at home. If such a judge were to be in implicit collusion with her colleagues on a higher court, then that extension order could subsequently be reversed by the higher court, effectively disenfranchising voters from the district judge’s region. This would profoundly affect the election outcome and undermine our democracy.

The Supreme Court, in refusing to interfere in the process of setting dates for the Wisconsin elections, is effectively forestalling any court meddling in election date-setting. This is wise, even if it does leave us with an unhealthy mess in Wisconsin.

That mess is political, not judicial. In Wisconsin, it is up to the executive and legislative branches to determine election dates through their own due process. And indeed, in this cycle, the issue of whether the election should be delayed was well-litigated by those branches. The state’s Democratic governor tried on multiple occasions to effect a delay, at first by trying to elicit the support of the Republican-controlled legislature, which he was denied, and then unilaterally, which his own state Supreme Court (also Republican-controlled) ruled was impermissible.

It is particularly wicked that the Republicans in Wisconsin sought to avoid the election delay—one can surmise that an operative motive was to force Democratic-leaning voters in dense urban areas into choosing between standing in potentially life-threatening crowded lines and abstaining from voting. A horrid motive.

But even if members of the Wisconsin Republican Party have behaved so malevolently, it is not for the courts to fix their behavior. Doing so could be still more dangerous.

Perhaps the US Supreme Court’s conservative majority recognized how unenviable its own position was—the Court was being asked to fix a moral wrong at the risk of unleashing many more moral wrongs over the coming months in the form of unbridled judicial meddling in election date-setting. After all, the coronavirus is unlikely to be going away before November 3, so requests for delays such as the one in Wisconsin are likely to crop up in plenty.

The Court’s majority opinion is somewhat inelegantly and uncharacteristically repetitive and defensive in tone, perhaps in recognition that it is acting with restraint in a moment where such judicial restraint is especially unpalatable. The majority perhaps foresaw the fiery op-eds likening its decision as genocidal.

It is also worth noting the Court has left open the possibility of election delays if judges are provided with the appropriate evidence for such a delay. In the Wisconsin case, the Court’s majority noted that the plaintiffs (the Democratic National Committee) “put forward no probative evidence” that voters requesting mail-in ballot were in need of an extension.

In fact, such evidence is plentiful—there are over five times as many mail-in ballots already in Wisconsin this year, relative to 2016. And with this manyfold increase, the clerical system to process mail-in ballot requests is being overwhelmed and slowed down. A delay on the grounds of the evidence should have been a slam-dunk case.

But that evidence was not presented by the plaintiffs in their original case before a federal district judge in Wisconsin. And it is not the place of judges in our adversarial system of justice to accommodate for evidence not presented by litigating parties.

The Supreme Court has erred on many occasions in its history, and it rightly deserves tough ongoing media scrutiny. But to attack the Court for not stepping out of its role to fix a breakdown in our politics is to undermine the Court and our whole system of government.

Karthik Ramanna is a professor at the University of Oxford’s Blavatnik School of Government.