Why Depending on China for US Health Needs Is Dangerous 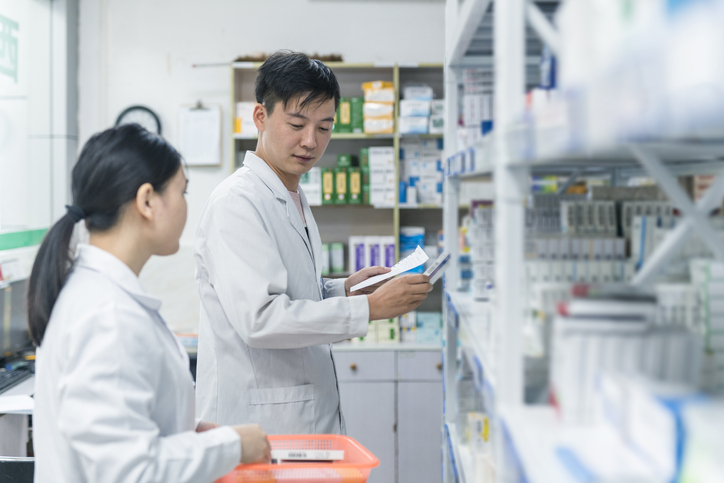 In 2018, the Health Industry Distributor’s Association opposed Trump’s tariffs on China with the argument that dependence on China for things hospitals needed, like gloves, diagnostic, and surgical kits, was good because it increased efficiency. But structuring markets to focus entirely on cost and efficiency expose the US to the risk of mass shortages.

In 2018, the Health Industry Distributor’s Association’s Linda Rouse O’Neill complained about Trump’s tariffs on China at a hearing held by the government office that handles trade. She was there to oppose proposed tariffs on things hospitals needed, like gloves, needles, surgical kits, anesthesia products, sutures, wound care, vaccines, diagnostic kits, etc. Her rationale was very familiar to anyone who studies antitrust or trade policy: efficiency.

“We have become very highly efficient and lean and mean when it comes to supply chain and that is because we have also gone global,” she said. “Some of our successes include actually reducing the costs of some of these products from what they were sold a couple of decades ago. And we’ve only been able to do that because of the efficiency and the ability to source products from China.”

Trump’s policy goal with his tariffs was to move supply chains, but the reality, O’Neill said, is that dependence on China is good. She even warned what would happen if we tried to stop our reliance on Chinese products. “There is going to be a spike in demand and there is not enough product to fill that gap,” said said. “So the price is only going to go up and we are going to have product shortages.”

Indeed, we have shortages, and they are getting worse. But they are not happening because we reduced our dependency on China, but because we did not.

Even as Trump was putting up tariffs, his administration wasn’t focused on changing the other drivers of policy leading to offshoring. For instance, in 2017, a Chinese company called Humanwell located in Wuhan bought Ritedose, one of the two large respiratory companies that does contract manufacturing for inhalation and ophthalmic products. Humanwell had previously bought PuraCap Pharma in 2008 and Epic Pharma in 2016, which are oral solid dose generic companies in the US, and it aims for monopoly power. The corporation bragged in an investor presentation on investment bank Jeffries’ website about how it is a sole source producer of drugs. (I did the highlighting on the slide.)

None of these mergers were blocked by anti-merger laws or by the anti-merger national security law run by the Committee on Foreign Investment in the United States to keep an eye on foreign acquisitions of critical facilities.

But it wasn’t just a failure to enforce merger law that led to our dependency. Some of these corporations Humanwell bought have historically filled our defense and veterans national stockpile for antibiotics like doxycycline, and there’s a provision called “Made in America” that used to prevent offshoring of such production to China. But that changed, because of a recent court case called Acetris Health, LLC v. United States that allowed pharmaceutical manufacturers to get their “active pharmaceutical ingredients” from China and still sell it to the US government.

Prior to this ruling, US customs decided that if the chemicals in a pill were from, say, India, the pill was made in India even if sticking the chemicals into the pill took place in the US. The Court of Federal Claims changed this decision, ruling that the product was a US product even if the underlying Active Pharmaceutical Ingredients (APIs) came from elsewhere.

As a contact in the industry told me, “Before that case there was a lot more scrutiny on the transformation requirement, but now as long as it’s made in USA it doesn’t seem to matter.”

In that case, operating efficiency defeated safety and security. For the last forty years, since Milton Friedman and Robert Bork emphasized operating efficiency above all other values, we’ve organized our political economy choices around efficiency as the paramount goal. One consequence of this thinking is the growth of monopolies. Having multiple rivals in the market means you have redundancies, and that’s waste, whereas having very few or just one producer—aka a monopoly—limits excess.

Operating efficiency is of course important. But Bork’s attitude has led to the consolidation of our supply chains, and then to the offshoring of those supply chains to China, whose government-subsidized the acquisition of our medical supply chain industry. Fortunately, policymakers are coming to reject this thinking.

Today, Senators Marco Rubio and Ben Cardin came at the problem from different directions at a hearing on small business. Rubio attacked our dependence on China by noting that markets must be structured, whereas Cardin observed that the economics in the pharmaceutical industry are a core factor in the current shortages.

Both of them are right, and they are also right that the problem comes down to policy. Rubio in the hearing today mentioned the need for Congress to overrule the court, and that seems like a good idea. More broadly, policymakers are recognizing that structuring markets to focus entirely on cost and efficiency, even if it seems like a reasonable at the time, can lead to a situation where you get mass shortages.

There’s not a lot of good news these days, and I’m honestly kind of frightened. But the one silver lining is that it has become clear that the way we have been running our society for four decades is short-sighted and irresponsible.

Hopefully the price we will have to pay to learn this lesson won’t be too high.

Matt Stoller is the author of Goliath: The Hundred Year War Between Monopoly Power and Democracy and Director of Research at the newly-founded American Economic Liberties Project. This text originally appeared in BIG, Stoller’s newsletter on the politics of monopoly. You can subscribe here.