The World Bank's "Papergate": Censorship Is Not the Best Way to Stop Development Aid From Fueling Corruption 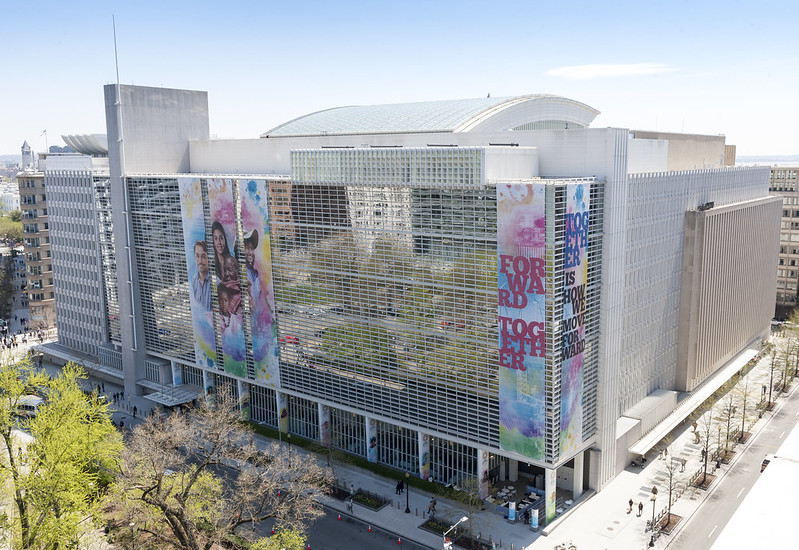 A new study of World Bank data finds that aid disbursement to highly aid-dependent countries coincides with sharp increases in bank deposits in offshore financial centers. According to The Economist, the World Bank refused to release the study. Afterward, its chief economist resigned. Here is the full content of the allegedly-censored paper.

“The World Bank Group considers corruption a major challenge to its twin goals of ending extreme poverty by 2030 and boosting shared prosperity for the poorest 40 percent of people in developing countries.” On its website, the World Bank acknowledges that corruption is one of the main obstacles to development. However, according to a new study, World Bank aid actually fuels corruption: It is no surprise, then, that the World Bank allegedly tried to censor that paper.

In its latest issue, The Economist tied the abrupt resignation of World Bank chief economist Pinelopi (Penny) Goldberg with the story told in the paper Elite Capture of Foreign Aid: Evidence from Offshore Bank Accounts. One of that paper’s three authors, Bob Rijkers, is a World Bank economist. The other two are academics: Jorgen Juel Andersen (BI Norwegian Business School) and Niels Johannesen (University of Copenhagen).

This paper, The Economist writes,

“passed an exacting internal review by other researchers in November. But, according to informed sources, publication was blocked by higher officials.”

Today, Johannesen posted the most recent draft to his personal website. It is not difficult to understand why World Bank executives were upset.

Anderssen, Johannesen, and Rijkers found that “aid disbursements to highly aid-dependent countries coincide with sharp increases in bank deposits in offshore financial centers known for bank secrecy and private wealth management, but not in other financial centers.” The most plausible explanation for this result is that local officials steal a significant part of development aid funds and hide that money in their personal offshore accounts.

The paper studies a sample of the 22 most aid-dependent countries, with average disbursements from the World Bank exceeding 2 percent of GDP: In quarters when a country receives aid equivalent to 1 percent of GDP, its deposits in havens increase by 3.4 percent relative to a country receiving no aid, but its deposits held in non-haven financial centers remain constant. The implied average leakage is around 7.5 percent: This means that for every $100 of development aid, $7.50 apparently becomes corruption profits, hidden in offshore financial centers.

Countries that depend most on aid, like Afghanistan or Burkina Faso, are usually also the worst managed. According to the paper’s results, development aid might improve ordinary people’s lives and respond to their immediate needs, but it can also help local corrupt politicians amass personal wealth that can consolidate their power. If local politicians become richer and more powerful the more aid they receive, they will have no incentive to actually work to develop their country.

The most aid-dependent country in the world is Afghanistan: It receives 33.5 percent of its GDP in foreign aid, from different sources. The sum of Afghanistan’s deposits in the 17 countries the paper classifies as havens now totals $34 million.

Andersen, Johannesen, and Rijkers’s paper raises multiple questions. The most serious is regarding the efficacy of the World Bank’s development aid projects and of its anti-corruption provisions: Apparently, they don’t work very well.

The second question is on censorship and academic research. Powerful institutions such as the World Bank, the International Monetary Fund, or the Federal Reserve have talented economists and virtually limitless resources for research: Their potential contribution to the advancing of economic knowledge cannot be underestimated. But employees clearly lack the independence and freedom that academics are supposed to have.

The alleged censorship of the paper on foreign aid and corruption lasted only a few days because one of the authors decided to post it on his personal website. Johannesen is a tenured professor at the University of Copenhagen, so he is independent of the World Bank. However, every choice comes with a price: He has relied upon World Bank data for many of his projects, and now he has put himself at risk of retaliation from top World Bank officials who will likely oppose the visibility of the paper.

International institutions, like private corporations, have what economists need to do research: data. The credibility of research, and the enduring process of the scientific pursuit of knowledge, are seriously damaged if only flattering results are published and troubling findings are hidden or silenced.

“Papergate,” as it is now called on Twitter, proves that no censorship is possible if at least one of the people who know the secret is free to speak.

The censorship chain is as fragile as its weakest link.  A few hours after Johannesen published the draft paper on his personal website, the World Bank also published the final version of the study as Policy Research Working Paper 9150.

Share
Facebook
Twitter
Email
Previous articleWhat Is the Meaning of Wealth?
Next articleThe Amazon of Health Care: How CVS Is Evolving From a Drug Store Chain into a Tech Platform