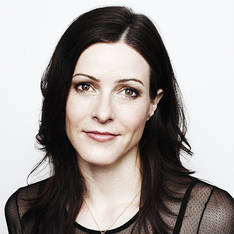 Today’s reading list is—what else?—a Tesla special. There’s no word other than extraordinary to describe the stock’s gyrations. After rising over 40 percent from the day of “funding secured” to almost $400 in December 2018, it then plummeted over 50 percent to a low of $178.97 in June 2019 before shooting back up to end the year well above $400.

From there, it somehow more than doubled to a peak of almost $900 a share last Tuesday—before falling 15 percent to close at just under $750 a share on Thursday. If you somehow missed the drama, read the wonderfully funny Matt Levine:

Does all of this prove that Elon Musk is, as his acolytes say, a genius, and that Tesla’s stock will, as its shills (I’m sorry! Supporters!) say, hit $15,000 in four years?

Well, maybe. H/T Whitney Tilson for passing along a smart bull case on Tesla, which you can read here:

But there’s a very old investing rule: A stock is not a company. It is almost axiomatic that what’s happened with Tesla’s stock has nothing to do with its fundamentals. And for a thoughtful look at those fundamentals, read this.

More than its entire free float changed hands last week. Do you really think that that many people who own Tesla stock made a thoughtful decision to change their minds? Was there suddenly a truce declared in the religious war between skeptics and believers? Not even a truce: a conversion, a baptism, a bar mitzvah, such that most skeptics turned believers and a few believers turned into skeptics? Obviously, no.

A longtime source and friend of mine has often compared the equity markets to a sports arena—except it’s a sports arena where multiple games are being played. Some people are playing football. Some are playing badminton. Some aren’t even playing a sport, but rather a video game! That’s never been more true than today. Sure, there are a few people who are trading Tesla on its fundamental financial results. But there are also high-frequency traders and quant traders and short squeezes and an entirely separate, but related, universe of derivative plays. All of this contributes to the crazy moves in ways that are impossible to predict and just as impossible to analyze, even after the fact.

So what does it all add up to? Well, as another smart friend of mine said, Tesla is literally uninvestable. To short it is to risk annihilation. But to go long is to risk the reckoning that may come if the fundamentals ever matter.

Which, by the way, I’m not saying the fundamentals ever will matter, particularly in a world of free capital, courtesy of central banks around the world. To paraphrase Janis Joplin, free money’s just another word for no one can possibly lose. (OK, that was bad. It’s Friday. I need tequila. Forgive me.)

Free money may mean that that old rule simply isn’t true, because if Elon Musk can continue to raise money from investors who have nowhere else to put it, the stock and the company may become the same thing. Because free money, to Musk, means that he can’t lose.

Anyway! This is the only thing I know for sure: the world would be a far more boring place without Elon Musk in it.