Shareholders at the Gate: The Increasing Pressure on CEOs for More Transparency 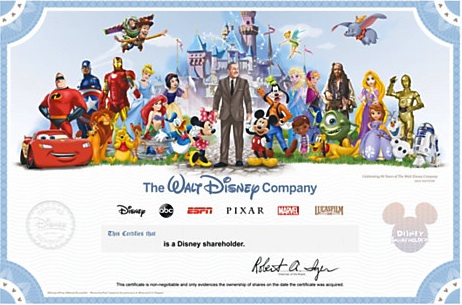 The average share of votes in favor of proposals that require corporate executives to disclose political and lobbying spending is trending up. But a new SEC regulation will make it harder to resubmit blocked proposals.

Disney’s lobbying strategies and beneficiaries are one of the greatest secrets of corporate America. Mickey Mouse was created in 1928, and the character is so valuable for Disney that the company has done everything in its power to retain the copyright. Its lobbying efforts proved so effective that the United States changed its copyright law twice, in 1976 and in 1998, to prevent the character from entering into the public domain. Full transparency on Disney’s lobbying expenditure would change the entertainment industry. And, as a side effect, it would probably set Mickey Mouse free (the next expiration date for his copyright is 2024).

A ProMarket analysis reveals that the average share of votes in favor of shareholders’ proposals to increase transparency on corporate lobbying and political spending is trending up. A famous finance book about leveraged buyouts in the eighties was titled Barbarians at the Gate. Now, shareholders are at the gate of corporations’ most sensitive policies. Or at least they were, because now the SEC, Wall Street’s top regulator, has proposed a new set of rules that will make it harder to resubmit proposals that were outvoted in the past and will curb the influence of the proxy advisory firms that advise institutional investors how to vote.

Corporations are already required to report their lobbying activities on a quarterly basis. However, not everything is visible: state-level lobbying is far less transparent than federal lobbying and corporate expenditures toward trade associations that lobby on behalf of firms are often not disclosed. Investors are worried that secret lobbying strategies may contradict companies’ public statements, creating a reputational risk. For example, many pharmaceutical companies publicly support a patient’s access to affordable medicines, yet also funded the Pharmaceutical Research and Manufacturers of America’s $100 million campaign that defeated a California initiative to lower drug prices.

Two Democratic representatives from California, Salud Carbajal and Zoe Lofgren, have presented a bill to amend the Securities Exchange Act in order to require public corporations to fully disclose their political expenditures.

Shareholders at the gate
Infogram

SEC Commissioner Robert Jackson voted against the proposed amendments. The new set of rules, he argued, “simply shields CEOs from accountability to investors. Whatever problems plague corporate America today, too much accountability is not one of them.”

Jackson’s team ran a simulation of the effect of the new rules. According to their results, “under the proposed rule more than half of shareholders’ proposals restricting executive stock sales—designed to align managers’ incentives with investors’ for the long-term—would be excluded from corporate ballots for three years.” Moreover, proposals including political spending, board diversity, and climate change “would also be significantly impacted under the proposed rules.”

Jackson’s team extracted data on shareholder proposals from the ISS Analytics database for each year from 2004 to 2018, resulting in a total sample of 8,319 shareholder proposals. ISS is one of the two major proxy advisory firms; the other is Glass Lewis. According to some estimates, the two companies have a combined market share of close to 97 percent.

Whether a more diverse board, environmentally responsible policies, and high lobbying spending increase shareholders’ long-term value is a topic of ongoing scientific debates. What is certain is that, with new SEC rules, corporate CEOs will be protected from the shareholders at the gate. It is worth noting that institutional investors vote on behalf of their investors, who, for a large part, are workers saving for retirement. Consider a worker holding equity in an oil company through a mutual fund: As a shareholder, she might be interested in profit maximization regardless of environmental consequences. As a citizen, she would be among the victims of pollution. Lacking knowledge of the company’s political spending deprives the shareholder of her right to keep the firm accountable for its actions. Raising the bar for investors to propose company policy changes allows firms to escape their responsibilities to their shareholders.

At the end of August, Business Roundtable, a corporate CEO lobbying group, issued a statement arguing that companies should no longer advance only the interests of shareholders. Instead, the group said, they must also invest in their employees, protect the environment and deal fairly and ethically with their suppliers. The new SEC regulation will give them more power to interpret this promise as a discretionary and flexible commitment, with even less accountability to shareholders and other stakeholders than in the past.

However, there is still time to have a fair discussion on the proposed regulations on shareholders’ voting rights and proxy advisory firms’ power.

We invite ProMarket readers and contributors to benefit from the opportunity offered by the 60-day public comment period and send their opinions to the SEC. Please send your comments to rule-comments@sec.gov and to our address as well, ProMarket@chicagobooth.edu. The three best proposals we receive will be published in this blog.

We are also offering these prizes: The first place winner will receive a free ticket to the Stigler Center’s flagship event, the 2020 Antitrust Conference in Chicago. The authors of the second and third best comments will receive a Capitalisn’t t-shirt.