A Financier Against the Russian Oligarchs: Why Bill Browder Is Putin's Public Enemy No. 1 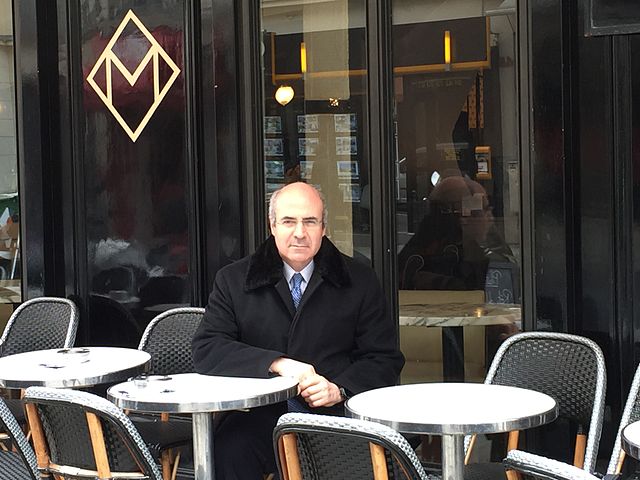 Bill Browder, Heritage Fund founder and the person behind the Magnitsky Act, will speak at the Stigler Center on November 8. Browder and professor Luigi Zingales will discuss crony capitalism in Russia and actions that could be taken to prevent Putin and the Russian oligarchs from corrupting the world.

In July 2018, special counsel Robert Mueller wanted to question 12 Russian military intelligence officers indicted for hacking into the computer systems of the Democratic National Committee to steal Hillary Clinton’s campaign emails. Russian President Vladimir Putin—the alleged principal of the 2016 electoral sabotage in favor of Donald Trump—said he was ready to welcome Mueller to Moscow, but on one condition: He wanted Bill Browder back. Once the biggest foreign investor in post-communist Russia, William Felix Browder, 55, is now Putin’s most wanted enemy and probably the single individual who inflicted the most significant setback to Russian oligarchs’ crony capitalism.

A University of Chicago alumnus, Browder will give a Stigler Center Lecture on November 8. He and Chicago Booth professor Luigi Zingales [faculty director of the Stigler Center and one of the editors of this blog] will discuss crony capitalism in Russia, its domestic and international implications, and actions that could be taken to prevent Putin and Russian oligarchs from corrupting the world. The event is sold out but will be live-streamed here.

The grandson of the former secretary-general of the Communist Party of America, Bill Browder decided to become what his grandfather hated the most: “I would put on a suit and tie and become a capitalist. Nothing would piss my family off more than that,” he writes in his 2015 best-selling book “Red Notice.”

Browder studied economics at the University of Chicago. He then got an MBA at Stanford and moved to Poland to work for Boston Consulting Group. When the Berlin Wall collapsed, he understood better than most how to profit from the chaotic transition of socialist economies to capitalism. “The Corporate Governance Role of the Media: Evidence from Russia,” a 2008 paper by Alexander Dyck, Natalya Volchkova, and Luigi Zingales, offers a deep insight into Browder’s Hermitage hedge fund business model.

According to Browder, Hermitage’s approach was to “thoroughly research and understand where the corporate malfeasance [was] taking place and then go to great pains to simplify the story so the average person [could] understand what is going on. We then [shared] the stories with the press. By doing so, we [wanted] to inflict real consequences—business, reputational and financial.”

FRIDAY, NOV 8th, 12-1 PM: EVENT SOLD OUT- WATCH LIVESTREAM: “How Putin & the Russian Oligarchs are Corrupting the World.” @StiglerCenter hosts a conversation between @Billbrowder & Luigi @zingales on dealing with crony capitalism in Russia.

Dyck, Volchkova, and Zingales’s results show that “the presence of the Hermitage Fund among [a company’s] shareholders increases the amount of coverage a corporate governance violation receives.” Between 1998 and 2002, Hermitage, with a ten percent stake and a very limited investment of resources, could double the amount of coverage an event received—with relevant financial consequences.

Corporate violations have negative consequences on stock market prices: in the paper’s sample, the average corporate governance violation had the potential to dilute the value of equity by 57 percent because of actions that reduce the cash flows or voting rights of investors.

In the first years after Russia’s 1998 default and after Vladimir Putin took power in 2000, the opportunities to spot corporate wrongdoings in Russia were not rare. Browder recalls how his Hermitage fund worked: “My head of research was able to buy the entire Moscow registration database from a hawker on a street corner. With the securities commission database, we knew the names of the companies that stole assets from Gazprom, and with the registration chamber data, we knew which individuals owned the companies. From that, we were able to piece together exactly how much was stolen and by which members of management…. [We] decided to share our findings with the world by selectively releasing different examples of the graft to the major Western newspapers in Moscow.”

For a few years, Browder and Putin were on the same side: The former took financial profits from Russian oligarchs’ wrongdoings, the latter built his political career using corruption allegations to curb his potential rivals. Hermitage Capital became the largest portfolio investor in Russia, with more than $4 billion under management as of 2005.

Nevertheless, Browder and Hermitage eventually fell victims of the same political corruption and crony capitalism that they had been denouncing for years. In 2007, Russian authorities raided the fund’s offices for alleged tax evasion. Actually, the tax fraud did happen, but only after and because of the raid: Police used impounded seals and stamps to register Hermitage’s companies in the name of low-level criminals, and those companies then applied for tax refunds for the equivalent of $230 million. Two state tax offices in Moscow appear to have approved the refunds the next day, the New Yorker reported.

Browder rebelled against that state-enforced robbery and asked his tax adviser, the Russian lawyer Sergei Magnitsky, to investigate. In 2008, Magnitsky testified against the Interior Ministry official involved in the criminal scheme. One month later, he was arrested by the same Russian authorities he had accused. After eleven months in prison, he died on November 16, 2009. He was 37.

Browder was so shocked by Magnitsky’s death that he spent the next three years lobbying Washington for an American reaction. In his first term, President Barack Obama was not particularly aggressive toward Russia and Putin. However, Browder eventually succeeded: In December 2012, the United States passed the Sergei Magnitsky Rule of Law Accountability Act, which imposes visa sanctions and asset freezes on those involved in Magnitsky’s arrest, torture, and death, as well as on other gross human rights abuses. So far, the US Office of Foreign Assets Control has sanctioned 34 Russia nationals under the US Magnitsky Act, including 28 who played a role in the Magnitsky case and 6 persons involved in other human rights abuses in Russia.

Four years later, in 2016, Congress enacted the Global Magnitsky Act, which is not limited to Russia. It allows the executive branch to impose visa bans and targeted sanctions on individuals anywhere in the world responsible for human rights violations or acts of significant corruption. On December 10, 2018, the European Ministers of Foreign Affairs approved an EU-wide Magnitsky Act that will be developed in a new piece of legislation to sanction human rights abusers.

Putin’s reaction was furious. In retaliation for the Magnitsky Act’s approval in 2014, Russia banned US citizens from adopting Russian children. In 2013, Bill Browder was convicted of tax fraud in a Russian court. Russia also requested that Interpol arrest the financier seven times. In May 2018, Browder was actually arrested in Madrid for a few hours and then released while he was in Spain to testify about a corruption case involving Russian officials.

A repeal of the Magnitsky Act would seem to be part of the objective of Russian interference in the 2016 US presidential elections. On June 9, 2016, the Kremlin-connected lawyer Natalia Veselnitskaya met Donald Trump Jr. at the New York Trump Tower to discuss the Magnitsky Act and the recent nomination of Donald Trump as the Republican candidate for the presidency. She is known for her anti-Magnitsky campaign, which includes a film, “The Magnitsky Act — Behind the Scenes.” According to an email exchange leaked to The New York Times, in that meeting Veselnitskaya and Trump’s team also discussed the hacked emails of the Hillary Clinton campaign.

Despite Putin’s efforts, the Magnitsky Act is still US law. A few days ago on Twitter, Browder praised Republican Senator Josh Hawley, who wants to introduce legislation “to use Global Magnitsky Act to freeze assets and ban visas of Chinese officials involved in brutality against Hong Kong citizens.”