The Employment Effects of a Gender-Specific Minimum Wage 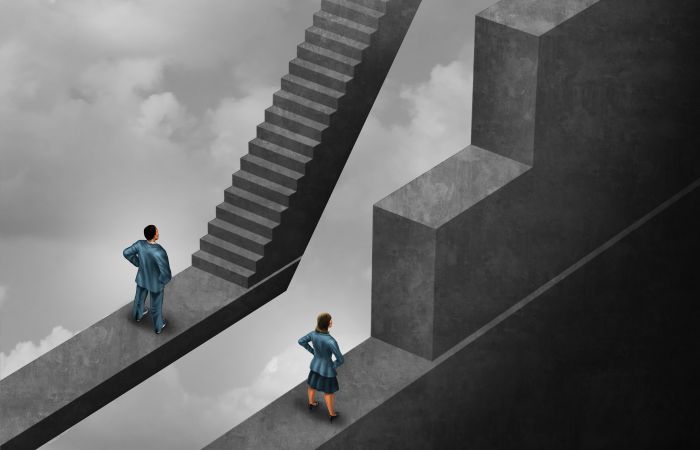 Michael Poyker
Michael Poyker is a postdoctoral researcher at the Columbia University Graduate School of Business.

The first minimum-wage laws in the history of the United States were predominantly gender-specific in that they were imposing a lower bound only on women’s earnings. In a new working paper, we identify the impact of these minimum-wage laws on the employment of American men and women. In July 2019, the House passed a bill to double the federal minimum wage to $15 per hour by October 2025. While the Congressional Budget Office estimates that such minimum wage increase could trigger 1.3 million job losses for low-paid workers, Godøy and Reich (2019) estimate that such wage increase will have no negative effect on employment. The abundant existing literature in economics has shown that no indisputable and infallible fundamental law can be defined that unambiguously predicts the effects of a minimum-wage setting. Instead, the answer to the question of how minimum-wage laws affect employment seems to depend on multiple factors, including the industry considered in the study, other contemporaneous labor market regulation, and the degree of competition in the labor market.

The 2025 minimum wage increase would be impressive: in Alabama and Mississippi, two of the lowest-wage states, the ratio between minimum wage and the state’s median wage would rise to 0.77 and 0.85, respectively. However, such stark policy change would not be unprecedented. In fact, more than a century ago, when several states experimented with the first minimum wage legislations, the United States had witnessed even larger increases in the legal lower bound to wages, which resulted in sizable effects on the employment of affected workers.

Starting in 1912, 11 US states (Arizona, Arkansas, California, Kansas, Massachusetts, Minnesota, North Dakota, Oregon, Utah, Washington, and Wisconsin) and the District of Columbia passed laws guaranteeing a minimum wage for female laborers. In some jurisdictions (CA, KS, MA, ND, and DC), minimum wage decrees covered women only in certain industries. These laws immediately spurred fierce debates, and the Washington, DC minimum wage legislation was found unconstitutional by the Supreme Court in 1923. While that court rule slowed down further adoption of the laws in other states, this gender-specific regulation continued to exist until the introduction of the universal federal minimum wage.

The identification of the employment impact of a minimum-wage setting has posed several challenges to researchers. First, the universal nature of minimum wages makes it difficult to find a suitable ‘control group,’ forcing researchers to focus on a particular industry (e.g., restaurants in Leamer et al. 2019) or geographic unit of interest (e.g., Seattle’s minimum wage in Jardim et al. 2017). Second, if all people in a certain area have the same minimum wage, substitution into illegal employment might be more likely (Bernhardt et al., 2009), which would induce measurement error in the estimates. Finally, the limited availability of longitudinal data on earnings makes it difficult to disentangle the within-worker impact of minimum-wage laws on earnings from a composition effect.

In our new Stigler Working Paper, we address the challenges mentioned above by (i) using high-quality comprehensive data on employment, (ii) exploiting policy changes that allow identifying well-defined control groups, and (iii) showing evidence of the effects of minimum wage on earnings along the pre-treatment earnings distribution. First, using full count Census data from 1880 to 1930, we construct an industry-occupation-gender-county-decade panel dataset. Second, after digitizing minimum-wage laws, we link them to industries and states. Then, we use the imposition of gender-specific minimum-wage legislation in 12 US states (including DC) as an input price shock and estimate the impact of these laws on employment, separately for adult men and women.

Our preferred empirical analysis relies on comparing, separately for men and women, changes in employment in the same industry, across counties in neighboring county-pairs that straddle state borders. In the vein of Dube et al. (2010), by focusing only on such pairs, we are able to account for local heterogeneity and local trends in labor demand, institutional change, and gender attitudes.

We find that, on average, the adoption of gender-specific minimum-wage legislation in the early 20th century decreased employment of women by around 4.5 percent. At the same time, treated industries observed a 1.3 percent increase in the employment of men.

Our results suggest that there might have been substitution between genders in the labor markets analyzed. We find that gender-specific minimum-wage laws decreased the ratio of female-to-male employment by 4.7 percent. We also find that, in industries in which both men and women were employed, the elasticity of substitution was greater than one, making men and women, on average, gross substitutes.

As we previously mentioned, the measurement of the earnings effects of a minimum-wage law is difficult to identify. Beyond the mere lack of high quality data on earnings, the absence of any longitudinal information makes it impossible to disentangle an increase in average earnings due to a composition effect (firing of low productivity employees and hiring of new, more productive ones) from an increase due to a simple raise in the wage rate of the same employees. In our paper, we used longitudinal data from Oregon. In 1915, Obenauer and von der Nienburg (1915) collected wage data on a set of women employed both before and after the implementation of the minimum-wage law. We digitized those data and show that minimum-wage legislation led to an average wage increase for women who were previously employed at below-minimum-wage levels. At the same time, the legislation did not cause any detectable changes, on average, to the wages of women who were already earning more than the minimum levels required by the newly enacted law.

Finally, we provide suggestive evidence that the prolonged exposure to minimum-wage laws discouraged women from entering the labor force. Using the full count Census of 1940—the first census collected after a 25 cents federal hourly minimum-wage law was implemented, in 1938, as part of the Fair Labor Standards Act (FLSA)—we show that the number of years a state had an active gender-specific minimum wage decree is negatively correlated with female labor-force participation in 1940. At the same time, we find no evidence of any long-run impact of these laws on the labor force participation of men.

In conclusion, our paper presents three main results. First, pre-FLSA minimum-wage legislation was effective in increasing wages for women with lower pre-minimum-wage earnings. Second, these minimum-wage laws caused a decline in female employment and a (smaller in magnitude) increase in male employment. Third, the gender-specificity of these laws allows us to show that men and women were, on average, gross substitutes in the American labor market at the beginning of the 20th Century.

Contemporary labor markets are radically different from those in the 1920s and the 1930s. Different institutions, technology, and degrees of competition and labor mobility prevent us from making predictions about 21st Century policies based on historical evidence. Nevertheless, our work quantifies parameters that constitute a benchmark reference of the effects of what could be considered the first large minimum wage increase in US history, in the absence of abundant labor market regulation.

Riccardo Marchingiglio is a PhD candidate in Economics at Northwestern University. Michael Poyker is a postdoctoral researcher at the Columbia University Graduate School of Business.

Share
Facebook
Twitter
Email
Previous articleThe Limits of Private Action: What the Past 40 Years Taught Us About the Perils of Unregulated Markets
Next articleWhat Bernie Sanders’s Plan to Save American Journalism Gets Right – and What It Misses