Basic Income as a Policy Lever: Can UBI Reduce Crime? 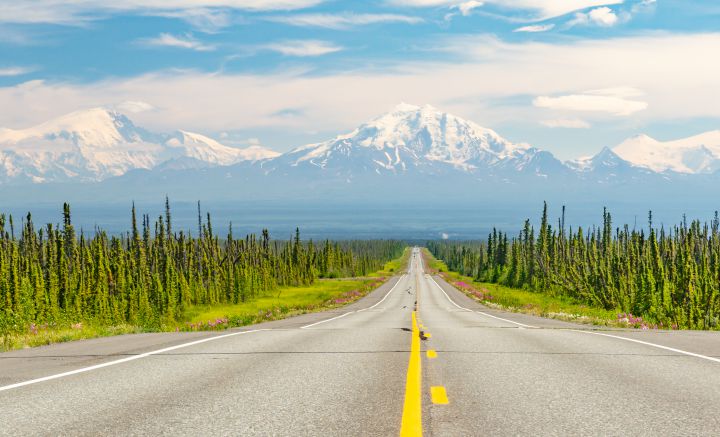 The Editor-in-chief of the Italian news publication Domani shares his concerns about what's been left out of the controversial Twitter Files conversation...
Read more
Big Tech

What would the effect of a universal basic income be on crime? A new study looks into Alaska’s Permanent Fund Dividend and suggests that it reduced property crimes.

The idea of a universal basic income (UBI)—an unconditional payment, without means-test or work requirement—has recently seen a resurgence of interest. Former US presidential candidate Hillary Clinton, for example, considered (but ultimately rejected) including a basic income proposal as part of her 2016 campaign. In the UK, the opposition Labour party has announced it will include a basic income program in its next general election manifesto. The UN Secretary-General António Guterres suggested in 2018 to the General Assembly that governments may have to consider a universal basic income.

Advocates highlight the simplicity of UBI and the potential it may offer to address problems of poverty and inequality, helping to ensure that the proceeds of growth, increasingly driven by technology and automation rather than labor, can be more evenly distributed. Critics, aside from focusing on its cost, worry about the effect of a basic income on incentives to work.

Increasingly, there is interest in trialing models of basic income. Canada experimented with a negative income tax for low-income people in Ontario, but this was cut short in March 2019. In the United States, a small trial is underway in Stockton, California, and venture capital company Y Combinator is planning a larger experiment. However, the most prominent recent example in a developed country is in Finland, which has tested a basic income for recipients of unemployment benefits. This test found no effect on employment but a positive effect on well-being and attitudes such as trust in institutions.

Such results raise the question of what the broader impacts of a basic income might be. In a recent working paper, I explore one aspect of this question, examining the extent to which the Alaska Permanent Fund Dividend affected crime. This Dividend has, since 1982, provided an annual no-strings-attached payment to all Alaskan residents. Its amount has varied considerably year-on-year since it was introduced, as shown in Figure 1.

Alaska provides unique opportunities for learning about the long-term impacts of basic income. It particularly lends itself to a consideration of the effect on crime because, from 1989 onwards, eligibility for Dividend receipt was withdrawn from a growing proportion of recipients who are currently in or were recently released from prison. During the first few years of its existence, when the Dividend was truly universal, one might expect the resultant increase in individuals’ income to reduce incentives to engage in criminal activity, perhaps reinforced by the societal reduction in inequality. From 1989 onwards, one might further expect that the penalty associated with incarceration would act as a deterrent to offending.

The analysis in the paper distinguishes between these two phases and therefore offers evidence on the broader question of how income and income penalties affect crime.

The primary focus is on property crime, simply because that type of crime is most directly related to economic incentives. Between 1960 and the early 1980s, property crime in Alaska first increased and then steadily declined. This was broadly the pattern seen in the US as a whole, although the rates in Alaska were relatively elevated during the peak years around 1980. Alaskan trends were within the range seen across other states.

To estimate the impact of the Dividend requires estimating the crime rate that would have prevailed had the Dividend not been introduced. The approach taken in the paper is to identify combinations of other states on the basis of how closely their weighted average crime rates resembled those of Alaska pre-1982, and then use their weighted post-1982 rates as an estimate of the Alaska counterfactual crime rates.

In practice, such estimation is done using a Bayesian approach, which allows for uncertainty in how accurately the weighted average of other states can proxy counterfactual crime trends in Alaska. Incorporating uncertainty is especially important in view of the unique changes Alaska was experiencing shortly before 1982. In particular, the construction of the Trans-Alaska Pipeline between 1974 and 1977 and the removal of income tax in 1980 might both have influenced crime and made it more difficult for a pre-1982 weighted average of other states to also be relevant to post-1982 years.

The estimation approach allows for uncertainty by generating multiple weighted combinations of other states, each one differing slightly in how its crime rate is assumed to relate to the Alaskan case. Each combination gives rise to a unique time path of counterfactual crime and, by comparing against actual crime in Alaska, a unique time path of impacts. The central estimate across all combinations is plotted in Figure 3 together with 95 percent credible intervals. Clearly, these results do not suggest a significant impact.

What is not visible from Figure 3 is the relationship between impacts in different years. The model uncertainty described above may give rise to a wide distribution of estimated impacts at any point in time, but there may be more consistency across time series in how changes in estimated impacts vary with changes in the size of the Dividend. To explore this, the paper takes each estimated time series in turn and models the relationship between impact and Dividend amount. Taking all these modeling results together reveals a statistically significant negative effect of the Dividend amount on property crime. Placebo tests conducted in other states suggest that the results for Alaska are quite distinct and unlikely to have arisen purely by chance.

Figure 4 summarizes what the results suggest would be the effect of a $100 one-off increase in the Dividend. In the absence of conditionality (“Universality,” the left panel), property crime would be reduced by nearly 200 crimes per 100,000 population in the year of increase, with statistically significant reductions persisting for at least two further years. The estimated impact under the conditionality introduced by the change to eligibility rules is shown in the right panel and is clearly smaller and shorter-lived.

The finding that higher Dividend amounts reduce property crime accords with the belief that the decision to commit such crimes has an economic basis and can therefore be influenced by altering economic incentives. Less expected perhaps is the finding that withdrawing eligibility from criminals does not seem to provide a deterrent effect, as it should if individuals behave rationally. One might infer from this that criminal activity cannot be adequately understood within a formal decision model. Alternatively, it may be that individuals have poor information on the key parameters of the decision problem, such as the probability of conviction or, indeed, the fact that they will lose their Dividend eligibility.

More broadly, the findings in this paper demonstrate the potential of the Dividend to influence an important social outcome. As such, they provide evidence that may be considered alongside the other potential benefits of a basic income. The results are, of course, specific to the outcome considered here, and it does not follow that other policy aims may be similarly aided. Nevertheless, from the perspective of property crime, the results point to a positive benefit of basic income and provide no grounds for believing that restricting eligibility strengthens this effect.

Richard Dorsett is a Professor of Economic Evaluation at the University of Westminster, London.

The historical origins of financial crises teaches us about changing attitudes toward government intervention into private markets.
Read more
News

For the FDA, Fewer Regulations Can Create Safer Products

The US Food and Drug Administration is tasked with protecting consumers from unsafe food and medical products. In new research, Parker Rogers...
Read more