Credit Ratings: What Are They Good For? 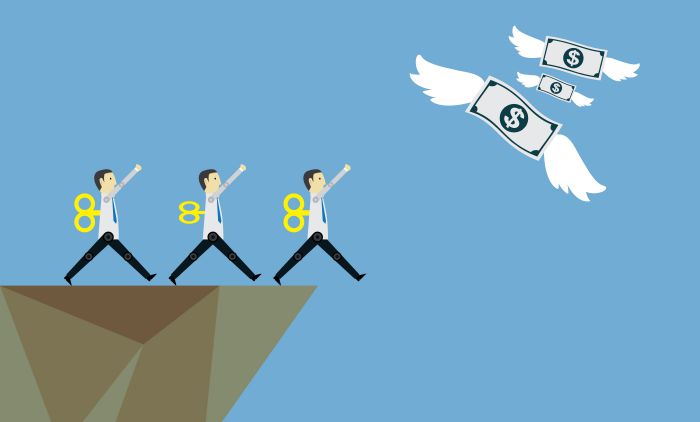 Adapted from What’s the Matter with Delaware: How the First State Has Favored the Rich, Powerful, and Criminal—and How It Costs Us...
Read more
Corporate Governance

The financial crisis of 2008–10 revealed that ratings are imperfect and potentially biased measures of credit risk. Analyzing a large number of mutual fund prospectuses, new research reveals there has been no decrease in the use of credit ratings in investment mandates. The findings point to a lack of better alternatives and suggest that regulation seeking to curb their usage may not be optimal. The financial crisis of 2008 and its aftermath had a broad impact on how the financial system is understood to work and how it influences the wider economy. Macroeconomists have highlighted the role of the financial crisis in triggering and accelerating the global recession. Factors viewed as generating fragility prior to the crisis include a run-up in household mortgage debt, incentive problems in mortgage origination, investment bank leverage, and bank exposure to structured assets both in the US and abroad. The view that the financial system was dysfunctional is not limited to economists. For example, a Cato Institute survey from 2017 found that 66 percent of respondents felt that “Wall Street Bankers get paid huge amounts of money for ‘essentially tricking people’.”

Many problems that materialized during the financial crisis can be traced back to the central role of credit ratings in the financial system. Some of the most spectacular losses on structured assets in the crisis were related to highly rated mortgage-backed securities. Many such securities that generated the losses had been favorably rated at the time of purchase. The word alchemy has been used to describe how inflated ratings were issued before the crisis. Among the many problems identified behind flawed ratings are the unrealistic assumptions in the assignment of ratings, often understood as such at the time within the agencies themselves, as well as by some outsiders.

Flawed credit ratings reflect a fundamental conflict of interest between agencies and users of ratings. These concerns have sparked a significant effort to reduce the reliance on ratings in regulation as well as to improve the production to make ratings more reliable, both in the US and elsewhere.

In these discussions, the availability of alternatives to credit ratings has been modest. Ratings fulfill a key role in private contracting. Examples include pricing of bank loans, and covenants in loans and bonds. Most critically, the widespread delegation of portfolio management in fixed income markets relies on credit ratings as the key tool for contracting on risk. Given the importance of these functions, ratings may be unavoidable. Even if ratings are flawed, they may be the least bad option. Are there realistic alternatives that can provide a basis for contracting on credit risk? If not, regulation that seeks to curb the usage of ratings may be ineffectual or inefficient. Additionally, a lack of alternatives would make the rating agencies more essential, and the task of regulating them well even more essential.

We study this issue by analyzing investment mandates of US institutional investors. These mandates constitute binding commitments by asset managers to their clients regarding investment strategies, risk parameters, and benchmarks. For fixed-income-focused funds, credit ratings serve the function of demarcating safe and risky assets, thereby mitigating agency problems. For example, many investment mandates instruct the fund manager to invest a fixed percentage of fund assets in investment-grade securities.

The importance of investment mandates can be easily understood by comparing the portfolio composition across investment-grade (IG) and high-yield (HY) funds (see Figure 1).

The pattern in this figure is nearly universal: it holds (i) for individual funds as well as for fund families; (ii) after the crisis and before; (iii) for corporate, muni, foreign, MBS, and other types of fixed income funds; (iv) for direct references to ratings (e.g., “credit rating”) and rating agencies (e.g., “Fitch”), as well as for indirect references (“investment grade” or “high yield”); (v) when examining all funds (new and seasoned), as well as when focusing on changes in ratings use in seasoned funds (i.e., regressions with fund fixed effects).

We conclude that fixed-income investors, who need to measure and report on credit risk of their assets, remain heavily reliant on credit ratings. Perhaps the financial crisis did not affect the perception of ratings quality for asset classes where the crisis did not reveal flawed ratings (e.g., corporate bonds). Perhaps there are few viable alternatives, and credit ratings remain the best available option.

Our findings suggest that financial contracting without ratings may be infeasible, and replacing them difficult. What are the policy implications? Credit ratings fundamentally fulfill the same function in regulation as in private contracting: the measurement of credit risk. Having a reliable measure of this available generally and for zero marginal cost (to contracting parties) allows a regulator to make capital requirements dependent on credit risk of a bank’s assets, just as it allows mutual fund clients to allocate assets across risk categories as desired. Therefore, a lack of alternatives for private use is likely informative about the lack of alternatives for public use.

Ramin P. Baghai is Associate Professor in the Department of Finance at the Stockholm School of Economics and a Research Affiliate of the Centre for Economic Policy Research.

Bo Becker is the Gösta Olsson Professor of Financial Economics in the Department of Finance at the Stockholm School of Economics.

Stefan Pitschner holds a tenure-track position in economics at Uppsala University and is a Visiting Research Fellow at the Swedish House of Finance.

For more on the 2008 financial crisis, listen to the “Ten Years Later Pt 2: The Aftermath” episode of Capitalisn’t: