Why Every Good Economist Should Be Feminist 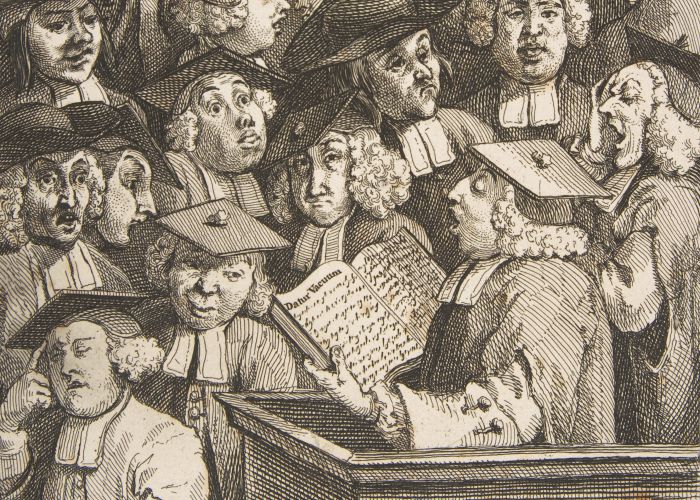 Sexual harassment cases rarely go to court, especially when they involve an academic. The victim has no interest in appearing to be a troublemaker in a tight community. The university employing the alleged harasser has even less of an interest in appearing on the front page of newspapers as an institution unfriendly to students or younger faculty. The problem is often resolved with a settlement, a nondisclosure agreement, and the move of the alleged harasser to a different institution—actions similar to how the Catholic Church handled priests charged with pedophilia.

For this reason, the academic world, and especially the economic and finance profession, can learn immensely from one sexual harassment case that did go to court: Ravina v. Columbia, decided last week in a federal court in New York. Enrichetta Ravina, then an assistant professor at Columbia Business School, alleged that Geert Bekaert, a full professor there, sexually propositioned her. Ravina stated that when she rejected him, Bekaert retaliated by badmouthing her in the academic community and stalling their joint research project, in which he had control of the data. The jury acquitted Bekaert for the sexual harassment charge, but found him liable of retaliation, forcing him and Columbia to pay $750,000 in compensatory damages, with Bekaert, alone, paying another $500,000 in punitive damages (for a more extensive coverage).

The first lesson to be learned from the trial is that sexual harassment cases are very hard to prove in a court of law, even when multiple women complain at the same time, as in this case. In the absence of corroborating evidence, sexual harassment cases often come down to her word against his and the relative credibility of each party. Litigation is too expensive (both monetarily and emotionally) and not enough. While we should encourage and support women to speak up, we also need to explore other ways to make academia an environment where women can thrive. We senior faculty (and we male senior faculty in particular) should make respectful behavior towards women an explicit factor in our promotion and hiring decisions, in the same way teaching and mentoring PhD students currently are. In addition we should require—as suggested by Paola Sapienza, a finance faculty at Northwestern and board member of the Academic Female Finance Committee—from outside hires, especially those who come with an offer of tenure, a self-declaration that they behaved according to the ethics codes of their previous institutions, making it more difficult for known harassers to recycle themselves.

It is sad that the legitimate desire to increase women’s tenure rates in economics and finance has led to more discussions about relaxing the tenure standard for women rather than about improving the environment in which women operate. Creating an environment where the dominant perspective is not defined only by men enriches universities with talent that otherwise would have been lost. By contrast, creating different tenure standards for men and women would only have the effect of stigmatizing deserving female faculty as second-class faculty.

The second lesson to be learned from the trial is the power of controlling data. Bekaert was convicted for retaliation because he abused his power—his power, as a senior faculty, to shape the opinion of the profession, and his power, as essential broker, for the use of data. While abusing seniority is not unique to the academic profession (Harvey Weinstein used seniority massively to his advantage in the entertainment world), the power of data is rather unique and also relatively new, a situation necessitating some reflections.

The value of data has exploded not only in business, but also in academia. Access to the right data can make a career. Career-making data is what Ravina hoped she got when she accepted Bekaert’s offer to work with him on a project. But access to data is not an equal opportunity business. While the jury has found Bekaert not guilty of the accusation of using his unique access to the data to demand sexual favors, it emerged from the emails revealed at trial that he was using the data to obtain a number of publications without knowing much about the specific subject of the paper. It also emerged that once Ravina had invested long amounts of time in cleaning the data, Bekaert was in a position to hold her up, in the most traditional sense of the word. This hold-up power, especially when combined with the up-or-out system typical of academia, is very dangerous. Assistant professors have only a few years to prove their value and get tenure. Otherwise, they’ll be let go. Investing a couple of years in cleaning a large dataset could lead to several home-run papers that make a career. But the impact of those papers is maximized if they are circulated and published before the faculty member is reviewed for tenure. If the release of those papers is subjected to the arbitrariness of one person, that person acquires an excessive amount of power. In an appeal to the Dean, the Columbia Business School faculty proposed an interesting default rule to resolve these power imbalances. In case of disputes between a senior and a junior faculty, the intellectual property right of a joint project should be automatically allocated to the junior faculty, to protect the weaker contracting party. Such a rule should be adopted by all departments. Abuse of power in a mentoring relationship is explicitly stigmatized in the ethics code recently approved by the American Finance Association (AFA), the professional association of both the plaintiff and the defendant. If the AFA wants this code to be taken seriously, however, it should apply it to this case.

Sexual harassment is not only about sex, but about power. The larger the power imbalance, the more likely it is that sexual harassment will occur, regardless of the moral standing of the people involved. For example, aid workers frequently sexually abuse the very people they chose to help (see, for example, the cases in Haiti, Nepal, and West Africa). Of all people, we economists should know the perverse effects produced by excessive concentration of power and be first in line to limit this concentration and the potential abuses that go with it. As every good economist knows, markets work best when they are competitive. Therefore, paraphrasing Victoria Bateman, every good economist should also be a feminist, defending a level-playing field for all genders. This defense should take place in every market, but especially so in the market for academic economists, where we have nobody to blame for failure but ourselves.

There will never be gender equality in academia until men care about sexual harassment as much as women; until creating a gender-unbiased environment is as important as being a good teacher; until the power conferred by the control of data is not left to the arbitrariness of the individuals. If this trial helps move us even a little in this direction, the pain and suffering it has caused would not have been in vain.

For more on #MeToo in academia, listen to the “Sex, Power and the Ivory Tower” episode of Capitalisn’t: