When Social Policy Saves Lives: Analyzing Trends in Mortality Inequality in the United States and France 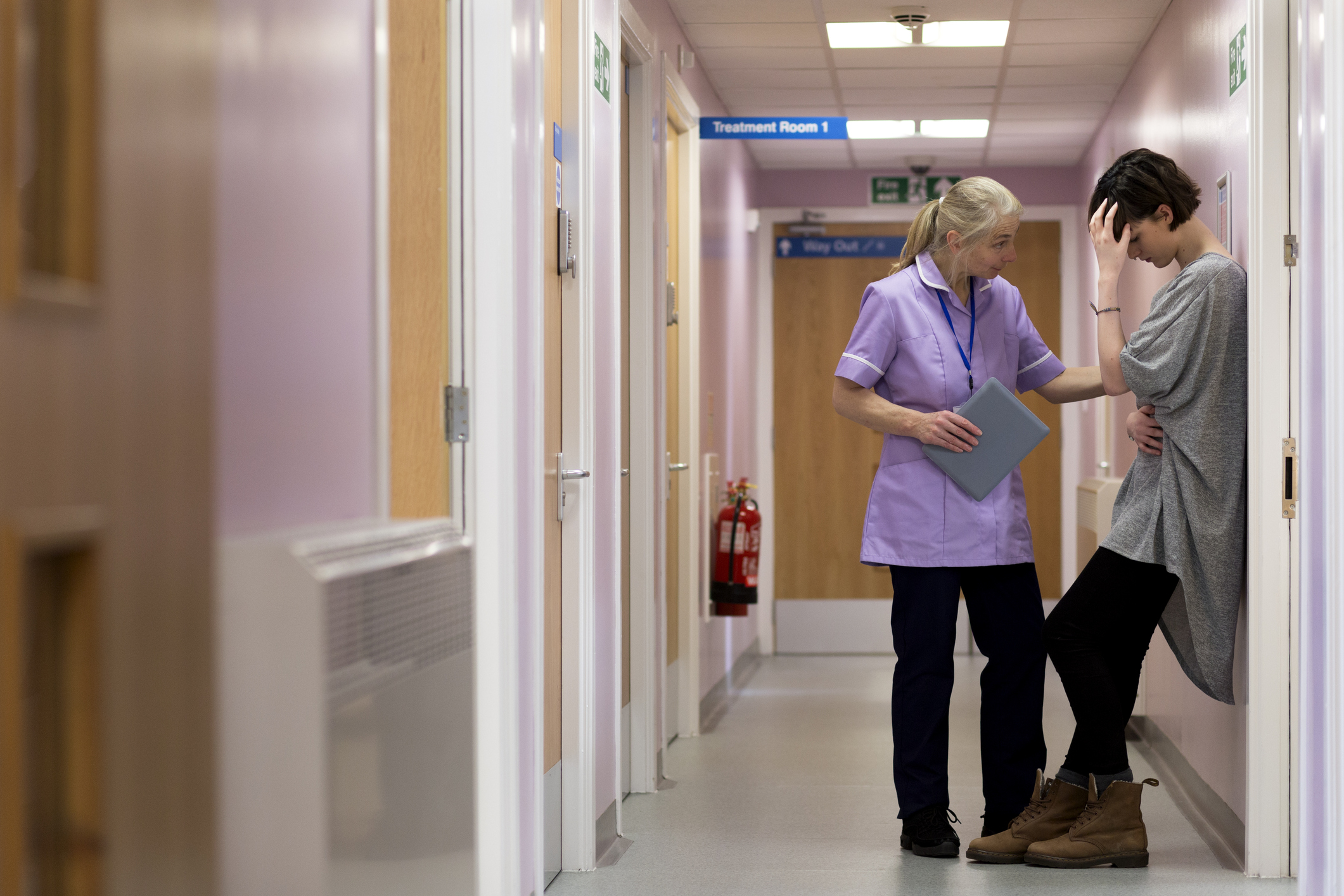 Income inequality has been on the rise on both sides of the Atlantic over the past decades, accompanied by a broad public debate about its negative consequences. Impacts on health and longevity and the question of whether income inequality is causing inequality in health have been a particular focus. Causality could also run in the reverse direction. Mortality and morbidity are not only impacted by income differences; they also determine how productive an individual can be throughout the life cycle and how many years of pension benefits are collected in old age. Moreover, parental income and health also impact their offspring’s health at birth, which in turn determines economic success later in life. In other words, inequality in the labor market might not only affect inequality in health—it also has the potential to feed back to income inequality and to affect the starting conditions for the next generation. The strength of the connection between inequalities in health and inequalities in income is a key question.

Analyzing mortality trends in the United States and in France, we find that inequalities in income and health do not necessarily move in tandem and that public policy can help to break the link (Currie, Schwandt, and Thuilliez 2018). We show that the US experienced strong decreases in inequality in mortality among infants, children, and adolescents over the past decades, despite strong increases in income inequality. In France, a country with universal health care coverage that experienced recent increases in income inequality, mortality at younger ages remained equal across rich and poor areas. At older ages, mortality tends to be higher among the poor in France, but this gradient has not steepened over the past decades despite the run-up in income inequality. And compared to the US, health inequality is much lower across all ages in France. Remarkably, this high level of health equity does not come at the expense of slower innovation in health. Mortality in France has improved across both poor and rich areas more strongly than in the US.

Comparing mortality across socioeconomic groups over time is challenging, and even more so across countries. Many data sets do not allow researchers to directly link deaths to socioeconomic characteristics. Even when such a link is possible, socioeconomic groups often change over time, making the interpretation of observed trends difficult. For example, in the US longevity among non-Hispanic, white high school dropouts has decreased, but many fewer whites drop out of high school now than 30 years ago. The shrinking share of the group who are high school dropouts means that the remaining dropouts are more negatively selected and more likely to have had poor health in any case. These compositional changes are even more complicated when comparing different countries. Hence, comparing differential trends in mortality for socioeconomic subgroups such as the less educated between two countries is not informative.

We follow Currie and Schwandt (2016a, 2016b) and develop a method for following mortality in consistently defined subgroups that are comparable across countries. For the US, we rank all counties by their poverty rate and divide them into 20 groups of approximately the same size, so that each group contains about 5 percent of the overall population. In the French data, we divide by 96 départements instead of counties and then divide once again into 20 groups. This method allows us to compare, for example, mortality in the richest and poorest areas with 5 percent of the population in the US and France, and how the mortality in these areas changed over time. (Potential compositional changes across areas can be accounted for by reordering counties and départements though our results are not affected.)

There are several remarkable patterns that jump out when looking at Figure 1. Let’s first focus on the gradients for France’s infants and young males, represented by the red lines in the upper panel. These lines are flat, which means that mortality for infants, children, and adolescents in France does not depend on whether they live in a rich or a poor area. There is no inequality in mortality at these ages, and this equity in mortality remained stable between 1990 (thin lines) and 2010 (thick lines). At the same time, mortality has strongly decreased over this time period, indicated by the parallel downward shift in the 2010 line relative to the 1990 line.

At middle and older ages, a gradient appears in French mortality with people in poorer areas facing higher mortality risks. Still, strong mortality improvements occurred between 1990 and 2010 and all areas benefitted similarly.

The pattern for the United States, shown by the dashed blue lines, is very different. There is a strong positive gradient already at young ages and inequality in mortality is higher than in France over the entire life cycle. While this can be seen as bad news, the comparison of the dashed lines for 1990 and 2010 reveals strong improvement at younger ages.

Mortality decreased strongly, with the greatest improvements occurring in poorer areas. The slopes for infants, children and adolescents are much flatter in 2010 than in 1990, despite the increase in income inequality over the same time period. Developments at middle and older ages, however, are less promising. Mortality decreased less in the US than in France, and improvements were if anything weaker in poorer areas, implying an increase in mortality inequality.

Overall, these results suggest that there is no necessary connection between changes in income inequality and changes in health inequality. Despite increasing income inequality in the United States and in France, the development of mortality has been very different between these two countries and across individual age groups.

We identify health care systems as one central factor breaking the income-mortality link.

The French health insurance system is one of the most redistributive in the world, with particularly low out-of-pocket expenditure. The lack of any mortality inequality at younger ages in France can be seen as the result of this universal availability of high-quality health care. The remaining inequalities at older ages point to the continued importance of social determinants of health that cannot be entirely compensated by health care provision, such as education, access to employment, and income support. These social factors have been recently identified as priorities in France’s national health strategy (Touraine, 2014). If these factors are successfully addressed, the mortality gradients at middle and older ages might flatten further in the future.

The United States experienced a dramatic expansion of public health insurance over the past decades, with a particular focus on poor infants and children as well as pregnant mothers (Currie and Gruber 1996). Several recent studies directly link these health insurance expansions to improvements in infant and child mortality, and to better long-term outcomes (Brown, Kowlaski and Lurie 2015; Cohodes et al. 2014; Currie, Decker, and Lin 2008; Miller and Wherry 2014; Wherry and Meyer 2015; Wherry et al. 2015). Other important policies targeting domestic violence and improved nutrition are equally likely to benefit especially children (Aizer and Currie, 2014). The joint impacts of these large-scale policies targeted at disadvantaged infants and children are likely to have been key for the dramatic mortality reduction at those ages and the shrinking of the gap between rich and poor areas.

As Currie and Schwandt (2016a, 2016b) argue, even some of the increasing mortality inequality observed at older ages in the United States could be the result of successful social health policies. The cohorts that have entered old age over the past two decades experienced strong decreases in smoking rates that were particularly dramatic among persons of higher socioeconomic status. When the Surgeon General warned about the health risks of smoking in the 1960s it was the wealthier parts of society who stopped smoking first, while the more disadvantaged parts of society followed that trend about a decade later. As a result, current cohorts of the elderly have experienced mortality improvements due to smoking cessation more strongly among the rich than among the poor, implying an increase in mortality inequality. However, since information about the dangers of smoking eventually reached all parts of society and smoking rates are low across the entire socioeconomic spectrum in younger cohorts, it is likely that old age mortality gaps due to smoking-related causes will decrease again once those cohorts enter retirement age.

Brown D, Kowalski A, Lurie I (2015) Medicaid as an investment in children: what is the long-term impact on tax receipts? National Bureau of Economic Research

Janet Currie is the Henry Putnam Professor of Economics and Public Affairs at Princeton University and the Director of Princeton’s Center for Health and Wellbeing.

Josselin Thuilliez is a Research Professor at the French National Center for Scientific Research (CNRS) based at the Centre d’Economie de la Sorbonne.