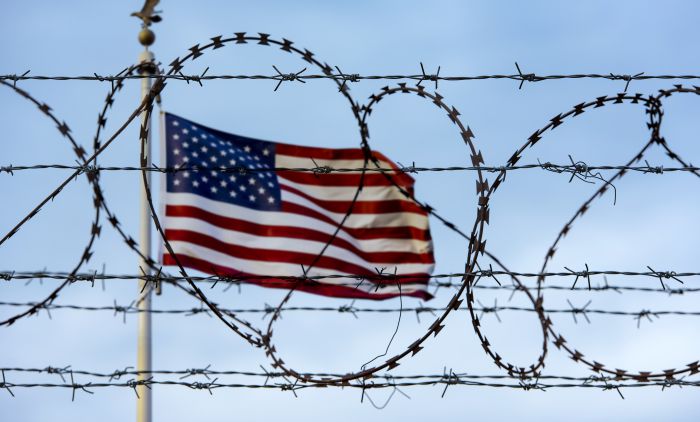 A new working paper has revealed two strikingly divergent correlations between increases in high-skilled and low-skilled immigration and change in Republican vote share since 1994. Immigration took center stage in the United States in 2016 when candidate Donald Trump took a strong anti-immigration stand throughout his presidential campaign and won the elections. Similarly, recent elections in Europe (France (2017), Germany (2017), Italy (2018), and the Brexit vote in the United Kingdom in 2016) were characterized by the presence of parties with strong anti-immigration agendas, which have obtained a large share of votes.

Existing studies of the effect of immigrants on election outcomes in some European countries (Barone et al 2016, Halla et al 2017, Otto and Steinhardt 2014) provide evidence that the anti-immigration stand of rightwing political parties was rewarded with electoral success. However, systematic evidence for the United States is scarce. Did US voters respond to local immigration by voting for the Republican Party, which, on average, tended to champion more restrictive immigration policies in recent decades? Did specific characteristics of immigrants, voters, and localities drive different responses to immigration in terms of votes?

The Role of Skilled and Unskilled Immigrants

In a recent paper on immigrants and electoral outcomes in the United States during the period 1994–2016 (“The Political Impact of Immigration: Evidence from the United States”) we show, for the first time, two robust, significant, and stable correlations and we argue that they are possibly causal. On average, larger immigration in a US county was associated with a decrease in the vote share for the Republican Party. In addition, we find that the skill level of immigrants and the characteristics of the county are crucial in understanding such an effect.

Our first result is that high-skilled immigrants drove the negative average correlation between immigration and the vote for the Republican Party. Larger increases in the share of high-skilled immigrants in the population, over the period 1994–2012, are strongly and significantly related to lower Republican shares of votes, even controlling for local growth, economic conditions, and several other local characteristics. To the contrary, and this is the second finding of our analysis, an increase in low-skilled immigrants as a share of the population is associated with a strong and significant increase in the share of Republican votes.

These two simple and very strong correlations are represented by the two scatterplots in Figure 1. They relate the net change in immigrants (foreign-born individuals) and the change in the Republican vote share between 1994 and 2012 across US counties (averaging House, Senate, and presidential elections). Figure 1 Panel A shows the correlation using only less educated immigrants (with high school degree or less) as explanatory variable, while in Panel B we use only more educated immigrants as explanatory variable.

The difference is striking. Panel B shows a very strong and significant association of more educated immigrants with a decline of the Republican vote share (and corresponding growth of the Democrat vote share). We can see that this is driven by large (urban) counties corresponding to large “bubbles” in the graph, as the size of the bubble is proportional to the population of the county. An increase of highly educated foreign-born individuals by 1 percent of the local adult population was associated with a 1.3-percentage-points decline in the Republican vote. Panel B instead shows a positive association between less skilled immigrants and the Republican vote, but weaker, driven by small counties, and implying a 0.3 percentage point decline for each increase in less skilled immigrants by one percent of adults in the county.

After controlling for many economic, demographic, and persistent factors at the county level and accounting for potential reverse causation, we confirm this opposite association. We also establish that the education (skills) of immigrants rather than their country of origin drives the opposite correlations: focusing on mainly non-white immigrants from poor (non-OECD) countries, we obtain the same correlations. Our preferred estimates, in the models including economic, demographic, and policy controls, imply a decline of roughly one percentage point in the Republican vote for each increase of high-skilled immigrants by one percent of the adult population, and a one-percentage-point increase, for a similar increase in the low-skilled immigrants in the population.

To explore these potential explanations, we take advantage of the fact that perceived economic costs and benefits of immigrants should differ according to the local characteristics of the county. This should produce heterogeneous effects across counties depending on local labor market characteristics and on the extent of local fiscal redistribution. The pro-Republican effect from low-skilled immigration should be stronger in counties with a large share of low-skilled native residents and possibly in less urban places, where less skilled workers may compete for jobs, rather than differentiating themselves in a thicker labor market.

Reconciling the Evidence from Europe

Our results are also consistent with the findings for Europe. There, the average political impact of immigration has been in favor of conservative, anti-immigration parties (rather than pro-Democrat as in the US). As immigrants to Europe have been, on average, less skilled than immigrants to the United States, and the local labor force in Europe is also less skilled on average (lower share of college-educated workers) than in the United States, the pro-conservative effect prevailed. If US cities had a smaller share of college-educated, and received mainly less-skilled, immigrants (and hence looked more like non-urban America), the average effect in the United States could have been different. Partly confirming this hypothesis is also the fact that even in Europe larger, skill-intensive cities such as London (in the Brexit vote, 2016) or Milan (in the Italian elections of 2018) voted in larger share for more moderate and pro-immigration parties and agendas.

Implications for the Political Landscape in the United States

Interestingly, the differential response to immigration is another contributor to the geographical polarization and political/economic divide across locations in the United States that has opened in the 30 years between 1980 and 2010 (the great divergence). The highly educated immigrants together with a good part of less educated ones moved into urban, skill-intensive areas and contributed to moving those counties further towards the Democratic Party. However, highly educated immigrants did not move into non-urban and low-skilled areas, while some low-skilled immigrants did, and this contributed to pushing those areas towards the Republican Party. Our model can explain 22 percent of the growth in the Republican Party vote share over the 1990–2010 period across US counties.

Giovanni Peri is Professor and Chair in the Department of Economics at UC Davis and a Research Fellow at the National Bureau of Economic Research in Cambridge, Massachusetts.

Walter Steingress is Senior Economist in the International Department at the Bank of Canada.

The views expressed in this article are those of the authors alone and do not reflect those of the Bank of Canada.