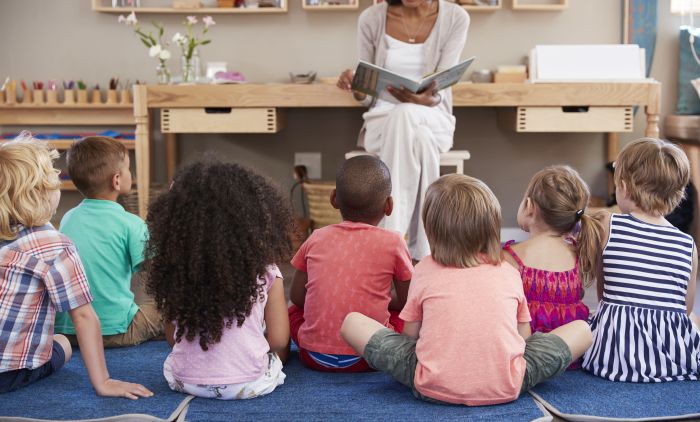 A new paper assesses the contributions of education and labor markets to differences across regional labor markets in the United States and finds that differences in access to high-quality elementary and secondary schools are not a key channel driving the strength of the association between parents’ incomes and their children’s incomes when they reach adulthood.

Editors’ Note: This article was originally published with the title “Equal access to a good education is not just about sound school budgets” by the Washington Center for Equitable Growth. Children born into poor and wealthy families alike should have an equal chance of achieving their dreams. But this is not the reality in practice. The income of a child’s parents is strongly correlated with the child’s life outcomes—such as educational attainment, occupational choice, or earnings—in adulthood. Opportunity is far from equal.

Recent research shows that the strength of the association between the child’s parents’ income and her own adult income—a useful measure of inequality of opportunity—varies a great deal between different places across the United States. In some areas, such as Salt Lake City and Los Angeles, the intergenerational association is small, which means the chances for children from low-income families to get ahead are close to those of children from high-income families, so opportunity is relatively equal.

In other areas, however, such as Cincinnati and Memphis, intergenerational associations are strong, meaning differences in life outcomes between children from low-income versus high-income families are large and that opportunity is far from equally distributed. Children from low-income families are less likely to do better than their parents, while children of high-income parents will stay in the upper income brackets.

What explains the geographic variation in this intergenerational transmission of economic status? What is going right in Los Angeles and Salt Lake City but going wrong in Cincinnati and Memphis? A natural hypothesis is that these differences have to do with the quality of the local schools. Schools should be an engine of economic mobility, allowing bright, hardworking children to advance regardless of their family backgrounds. But schools are themselves often unequally distributed, and many schools serving poor children are poorly funded and low-performing.

So perhaps some low-transmission, high-economic-equality cities such as Salt Lake City and Los Angeles simply have better, more equal school systems that produce better and more equal educational outcomes and thus more equal incomes as adults. Or perhaps the differences have nothing to do with schools and instead relate to differences in labor markets in these cities—perhaps when job opportunities are more plentiful and pay is more equal, it does not matter as much whether a child had access to good schools.

In a recent paper, I assess the contributions of education and labor markets to differences across regional labor markets—commuting zones—in the United States in the intergenerational transmission of economic status. To do this, I ask whether parental income matters more for children’s educational outcomes, such as test scores and college completion, in local areas where there is stronger transmission of parental income to children’s incomes, as would be expected if the school system were a key link in this transmission.

I find that there is a great deal of variation in educational transmission across the country. Some areas do much better than others at producing closer-to-equal test scores for children from poor and rich families. Yet areas with small test-score gaps do not have lower-than-average income transmission. In other words, differences in access to high-quality elementary and secondary schools are not a key channel driving the strength of the association between parents’ incomes and their children’s incomes when they reach adulthood.

There is a bit more evidence that higher education is an important part of the story. Gaps in college enrollment and graduation are associated with intergenerational income transmission, though even here, the association is too small to account for much of the variation between regions in income transmission.

The upshot: There is little evidence that differences in the quality of primary, secondary, or postsecondary schools, or in the distribution of access to good schools, are a key mechanism driving variation in intergenerational mobility. The evidence instead points toward other factors influencing income inequality. In particular, labor markets seem to be quite important. Even when children’s test scores and educational attainment are held constant, children from poor families have higher adult earnings when they grow up in low-transmission (greater-opportunity) areas than when they are from low-opportunity, high-transmission areas. This is in part because the high-transmission areas have unusually large returns to human capital, or stronger relationships between education and earnings. Children from wealthy families do better in school than children from poor families everywhere, so a labor market that puts inordinate weight on skill will be unusually favorable to the wealthy children.

Marriage patterns also seem to matter. In cities and regions where income transmission is weaker, the “marriage gap” between those in their mid-20s from low- and high-income families is much smaller, implying that children from low-income families are more likely to have spouses contributing toward the family budget.

Together, differences in labor markets and marriage patterns account for the great majority of variation in intergenerational mobility across cities and regions in the United States. Variation in relative skill accumulation—the only portion plausibly related to schools—accounts for only 11 percent of the differences between high- and low-opportunity areas, with the rest due to marriage patterns (about 40 percent) and differences in labor market outcomes operating through channels other than skill accumulation, such as the return to skill in the labor market, discrimination, or referral networks that offer advantaged children a leg up in the job market (nearly half). (See Figure 1.)

Understanding better how policymakers can promote equality of opportunity in education as well as in the economy overall should remain a top priority. Educational quality is certainly a key tool to improve opportunity, yet my research indicates that it is far from the whole story. The educational system plays only a small role in explaining differences between high- and low-opportunity areas. Labor market institutions—such as minimum wages, the ability to form and join unions, the career structures of local industries, and other determinants of earnings inequality—are likely to play much larger roles and are also likely to be more powerful levers with which to promote equality of opportunity.

The principle of equal access to the pursuit of happiness is deeply rooted in American history and society. We have never accomplished it, but it remains our country’s highest aspiration. The best measure of the progress we have made toward this goal is the extent to which the circumstances of a child’s birth do or do not predict his or her life outcomes. By this measure, as by others, we have very far to travel. To do better, we need to examine all of the different ways that our society and economy work to erect hurdles in front of children from disadvantaged families—whether those hurdles are limiting access to educational opportunity or ensuring that the children will do worse in the labor market than their more advantaged peers even if they do well in school.

(This post updates an earlier post that ran on August 15, 2017, using updated data and analysis from the author’s April 2018 revision of his working paper.)