How Denmark Got to Denmark: The Role of Landed Elites in Development 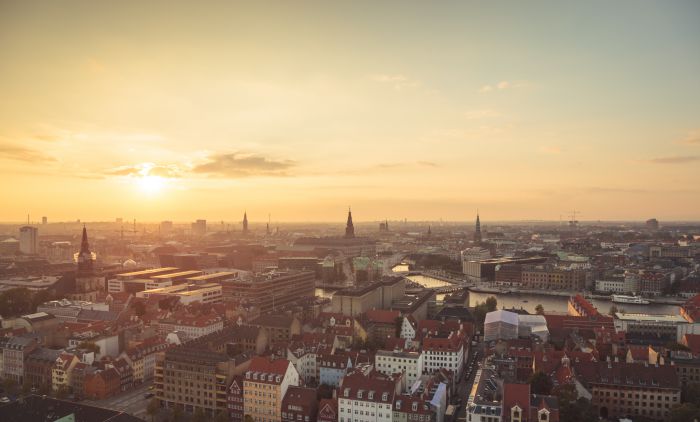 For most people the idea of landed elites conjures up images of aristocrats sipping tea while enjoying the proceeds of the labors of the peasants on their land. New research on Denmark suggests, however, a quite different story—one in which these elites in fact played a crucial role for development, and ultimately enabled the empowerment of the peasant class through agricultural cooperation. In a lighthearted manner, Francis Fukuyama once described the issue facing developing countries as the problem of “getting to Denmark,” a metaphor for a society characterized by wealth, the rule of law, good governance, and related virtues. More recently, senator Bernie Sanders declared in the 2016 presidential primaries that “we should look at countries like Denmark,” and even president Donald Trump was recently reported to be in favor of more Scandinavian (specifically Norwegian in this case) immigration. Outside the world of politics, Denmark is perhaps best known for the concept of “hygge” (portrayed as a sort of cozy candlelit sense of security and happiness), and for often being at the top of the list of the world’s happiest countries. But if we all want to get to Denmark, we might wonder how Denmark actually got to Denmark?

For economists and historians, the answer has much to do with a rapid modernization of agriculture a century and a half ago, when peasant producers captured an important share of export markets, making them rich and giving them increased political power to boot.

Today Danish agricultural products can be found all over the world, and Denmark’s current status as an “agricultural superpower,” dominated by massive firms such as Arla (a dairy cooperative), is often traced back to developments in the late nineteenth century. At that time a modern dairy industry based on a new technology, the steam-powered automatic cream separator, made it possible to use milk which had been transported over long distances to be processed in a central production facility, and voluntary associations of Danish peasants, the cooperatives, sprang up to take advantage of this possibility. Within a decade hundreds of cooperative creameries had spread throughout the whole country. In fact, immigrant Danes also played an important role for modernizing North American dairying, bringing the first automatic cream separators to the United States and Canada, and setting up cooperatives (not completely incidentally, the modern cooperative Land O’Lakes had a plant in Denmark, Wisconsin, until 2014).

Massive increases in productivity followed, production boomed, Denmark captured a large share of the important UK market for butter and other agricultural products, and witnessed rapid economic catch-up with the leading economies of the day, as traditional suppliers of agricultural goods such as Ireland and the Netherlands lost market share. This Danish success is usually set within the context of the American “grain invasion” from the 1870s, when cheap exports of American grain flooded Europe, promoting a backlash of protectionism. Denmark, like the United Kingdom, chose to remain open, however, using the cheap grain as fodder for increased animal production. Thus, modern Denmark emerged based on a democratic, cooperative, and liberal countryside, providing something of a role model to other agricultural countries around the world. It also achieved this in just a few years. The following map illustrates the speed with which the cooperatives spread, and plots the location of the cooperative creameries in 1890, just eight years after the establishment of the first.

But if these cooperatives were owned and operated by small peasant producers, then what role does this leave for the old landed elites? Quite a lot, it turns out. To see this, look first at the location of the cooperative creameries above—you might be able to discern an arc spreading down the east coast of the peninsula of Jutland, a large concentration on the central island of Funen, and continuing north on the west coast of the eastern island of Zealand. Notice how this is matched by the locations of the black triangles in the map below (a point which can be demonstrated more clearly using modern statistical methods, which is the main contribution of the work of Jensen and coauthors).

These black triangles represent the distribution of proto-modern central dairying facilities (hollænderier) among landed estates in 1782, and marked the importation of a package of important agricultural innovations by landed elites to Denmark from the Duchies of Schleswig and Holstein, which were ruled by the King of Denmark in personal union until 1864 when they were lost to Prussia.

As described in detail in a forthcoming book by Lampe and Sharp (A Land of Milk and Butter: How Elites Created the Modern Danish Dairy Industry, University of Chicago Press, 2018), this was in part stimulated by the fact that Denmark and Sweden fought many wars (in fact more than any other two countries in history), and Denmark was rather successful at losing them, bankrupting the king, and leading to a mass privatization of land in order to raise revenue. Many of these estates were sold to enterprising Danish and German nobles, merchants, and others, among them elites from Schleswig and Holstein, who saw opportunities for vastly improving the productivity of the Danish countryside by importing the sophisticated agricultural system they used at home.

A well-functioning market for land meant that this process also spread to other estates, beyond the former crown estates, and thus a new way of entrepreneurial farming diffused around Denmark. This marked the birth of a modern, enlightened approach to agriculture; subsequent scientific debate, initially largely between these elites, led to further advances, including accurate bookkeeping, better breeds of cows, and better feed. Agricultural societies, schools, and journals were established.

Although the estate owners of the 1880s did not support the cooperatives directly, seeing them as competition, and even actively campaigned against them, there was a trickle-down of ideas and practices that allowed the cooperatives to emerge so successfully. But as the above map illustrates, not all parts of the country were equally influenced by the elites (those with centralized dairying facilities), which in turn explains the specific spatial pattern of the cooperatives. Moreover, we document that the location of the estate creameries was ultimately determined by waves of imitation emanating from the first of them, founded on an estate called Sofiendal (marked on the map above) in the 1760s by Adam Gottlob Moltke, who was effectively prime minister from 1746 to 1766, and had brought his estate administrator from Holstein.

The cream separators and cooperatives marked the end of the story of the modernization of Danish dairying, where the former was the final piece of the jigsaw, allowing the latter to form—an unintended end-result of something that happened over a century earlier, as elites moved into Denmark.

This account gives rise to important policy implications, largely due to the role Denmark often plays as a poster boy for the idea that countries can develop through cooperation in the countryside, as is perhaps best exemplified by the classic account from 1953 by Fridlev Skrubbeltrang, commissioned by the Food and Agricultural Organization of the United Nations after the Second World War. Thus, the idea that a country with a large number of peasants and cows (for example Ireland at the turn of the twentieth century, or India after the Second World War) could simply cooperate its way out of underdevelopment might be severely criticized. Denmark got to Denmark not simply though hard-working peasants and a democratic countryside, but on the shoulders of landed elites. Thus, although there has been a tendency to see cooperation as the solution to agricultural poverty, this work suggests that this must be in combination with other reforms, which, at least initially, elites are probably better placed to implement than the peasants themselves, and (if the example of Denmark is anything to go by) might take more than a century to complete.

Share
Facebook
Twitter
Email
Previous articleNew Evidence and Legal Theories About Horizontal Shareholding
Next articleCase 2000: How Netanyahu and Israel’s Most Powerful Media Mogul Planned to Subvert the Market for News and Ideas