How Boys Become Entrepreneurs at the Dinner Table 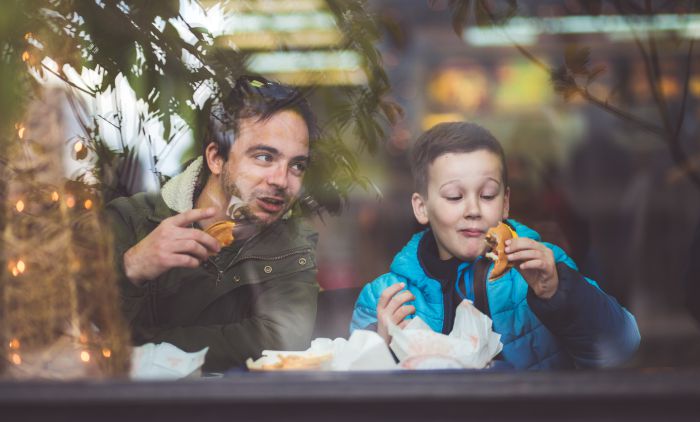 In this Q&A about his new book for ProMarket, Paul Tucker explains the changing global order and the need for academics, policymakers...
Read more
Digital Platforms

Antitrust misunderstands innovation by focusing almost entirely on incentives to innovate to the neglect of questions regarding the ability to innovate through...
Read more

New research from Hans K. Hvide and Paul Oyer has uncovered some interesting facts about men who start businesses: most of them do it in the same or related industries as their fathers work in, although entrepreneurs with higher IQs are less likely to follow their dads. Ones who do pick their fathers’ industries, however, outperform competing entrepreneurs. Here, the authors examine why. Little is known about what explains heterogeneity in entrepreneurship; the gap between self-employed and VC-backed entrepreneurs is so great that they almost seem like distinct experiences. Using unique and comprehensive registry data from Norway, we attempt to explain what goes into the entrepreneurship black box and leads to the chasm between low- and high-potential entrepreneurship by relating entrepreneurial choices to aptitude and to “dinner table human capital”: knowledge about an industry obtained via interaction with parents.

Consider, for example, a person who opens a funeral home. The funeral home industry has historically been dominated by family businesses. New generations of undertakers learn the trade from their parents so, when a new funeral home is opened, an entrepreneur who learned the business as part of growing up will have an advantage over someone who did not acquire the relevant institutional knowledge from family members. Google and Facebook (and technology-based startups in general) have been successful because the founders had an innovative idea. The founders of these companies could not have learned the trade from their parents—search engines and social networks did not exist. Their natural intelligence and education allowed them to create companies based on innovative ideas.

To study the role of dinner table human capital, we leverage several datasets from Norway. We employ a database that contains longitudinal accounting and employment information on the universe of incorporated firms established in Norway between 1999 and 2007. The data contain initial ownership shares; we define an entrepreneur as an individual with a substantial ownership share in the firm when it is established. We construct a dinner table human capital proxy based on parental occupation and use IQ as the main proxy for aptitude.

A male is much more likely to start a business in his father’s industry of employment than in other industries. For example, about eleven percent of entrepreneurs start firms in the same 2-digit industry as the father’s employment, which is substantially more than random allocation would suggest. This association is decreasing in entrepreneur IQ (as showed in Figure 1) though those who follow their fathers remain overrepresented even in the highest-IQ entrepreneur groups.

Among the entrepreneurs that do not start up a firm in the exact same industry as their fathers’ employment, a whopping fifty percent start up a firm in a closely related industry. Dinner table human capital thus appears to play a role for a majority of entrepreneurs. However, while a large share of entrepreneurs open businesses in industries that are familiar to their families, there are only performance differences for children who follow their fathers in terms of very narrowly defined industries.

Rather than due to industry knowledge transmission from father to son, sons following fathers could be due to greater awareness of that industry, parental pressure or expectations to enter it, or because of similarities in tastes. None of these alternative explanations would imply that such entrepreneurs create greater value. We find that a venture founded by an entrepreneur who enters an industry where his father worked is noticeably different from other ventures both at founding and after four years of operation: they invest substantially more initial capital, are much more likely to survive four years, and have more employees. They are also much more likely to be positive outliers in the sense of having a large number of employees or high assets. We find a substantial premium in terms of startup performance when comparing ventures started by individuals whose father worked in that 5-sector industry with ventures started by individuals whose father did not.

We highlight the role of dinner table human capital to explain why sons follow their fathers, and successfully so. A complementary explanation is that parents actively help out, for example by providing cheap labor or by utilizing their network. To address this possibility, we analyze the subsample of entrepreneurs where the father had died before the founding date. Our estimates on selection into the same industry and on startup performance are almost as strong on this subsample. This suggests that the effects of parents helping out, although possibly quite important, is of a smaller magnitude than dinner table human capital provided during upbringing.

We conducted a survey of entrepreneurs in order to explore the mechanisms through which industry knowledge is transferred from parents to children. About 3,800 entrepreneurs responded to the survey. With the usual caveat for surveys given limited response rates, a large majority, 84 percent, of same-industry entrepreneurs report that they acquired industry knowledge from their parents. Conversations at home and observing parents at work were the most frequent mechanisms for human capital transfer cited by survey respondents. Obtaining help from parents, through cheap labor or through access to networks, appears less common.

In order to assess the possible broader importance of dinner table human capital, we analyze whether non-entrepreneurs (i.e., wage workers) also tend to follow their fathers. The patterns are similar. The fraction being employed in the same 2-digit (5-digit) industry as their father is 12.5 (5.5) percent. Previous work documents that young males often work at the same plant as their father. When we exclude such individuals from the sample, the fraction of non-entrepreneurs that work in the same industry is about 10 percent (2-digit) or 3 percent (5-digit). Being employed in the same 5-digit industry as one’s father (but not at the same plant) yields a premium of about 4 percent in wages, after controlling for industry fixed effects. The value of dinner table human capital is substantial in the labor market but does not appear to be as valuable as it is for entrepreneurs.

Share
Facebook
Twitter
Email
Previous articleIs Economic Insecurity Behind the Specter of Populism?
Next articleLuigi Zingales: Why I Decided to Invite Steve Bannon to Speak at the University of Chicago