How the Global Audit Firms, Led by Deloitte, Are Using Their Lobbying Clout to Dilute Sarbanes-Oxley Reforms 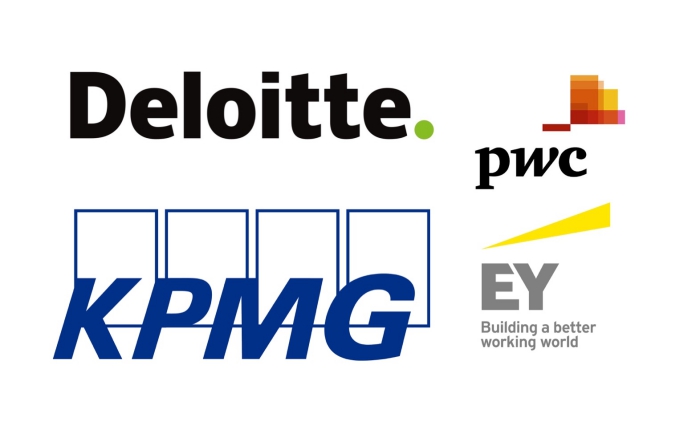 Francine McKenna
Francine McKenna is an independent journalist who authors the newsletter, The Dig, covering accounting, audit and corporate governance issues at public and pre-IPO companies. She was previously the Transparency reporter at MarketWatch, a leading online financial news outlet published by Dow Jones & Co., where she covered financial regulation and legislation beginning in 2015. Her work has been featured frequently in The Wall Street Journal and Barron’s; her reporting and commentary have also been featured in the Financial Times, Accountancy Age, Accountancy Magazine, the University of Chicago Booth School of Business Chicago Booth Review magazine, and various other financial, media, and technology publications. She previously authored regular columns on corporate accounting issues for Forbes and on the intersection of financial services and professional services for American Banker. McKenna was a Journalist in Residence at the Stigler Center at the University of Chicago’s Booth School of Business in 2017. McKenna is an adjunct professor in international business in the MBA program at American University’s Kogod School of Business. Her perspective as an financial journalist and commentator is informed by more than 25 years of experience in executive roles in professional services, financial services, and manufacturing firms. In 2006, McKenna created the blog re: The Auditors to explore in an independent, objective, and often critical way the role, responsibility, and regulation of the audit and accounting industry in the global capital markets, and in particular, the business of the Big Four audit firms. Prior to transitioning to journalism beginning in 2006, McKenna was a director in PwC’s internal audit and governance advisory services group, where she audited PwC’s post-Sarbanes-Oxley response to heightened compliance and regulatory scrutiny. Before that, she was regional vice president for the Midwest at Jefferson Wells (a subsidiary of Manpower); led the industrial, automotive, and transportation practice as BearingPoint’s (formerly KPMG Consulting) first female managing director in Latin America; and directed the Y2K project management office for JPMorgan Chase’s Latin America operations.

A look at the Big Four’s congressional lobbying activity shows the auditors and their trade association taking advantage of the “Trump” window to roll back the 2002 reforms that changed their business.

A look at the Big Four’s congressional lobbying activity during the first quarter of 2017 shows the auditors and the AICPA, their trade association, taking advantage of the “Trump” window to roll back Sarbanes-Oxley reforms. The industry is targeting the strict SOX auditor independence rules and the authority of the Public Company Accounting Oversight Board, the industry regulator established after Enron and its auditor, Arthur Andersen, collapsed.

The Big Four firms are now opportunistically lobbying to go back in time, before Enron, when the industry was self-regulated and mostly left alone.

Deloitte LLP leads the charge, spending $560,000 in the first quarter of 2017 to lobby legislators for the “modernization of independence requirements.” Deloitte is also monitoring the impact of the Financial CHOICE Act and the PCAOB Enforcement Transparency Act of 2017. That perennial bill proposes to make PCAOB auditor disciplinary proceedings public.

KPMG LLP spent $490,000 to monitor legislation regarding auditor liability, the Financial CHOICE Act, and the PCAOB Enforcement Transparency Act. KPMG also paid The Velasquez Group, LLC $80,000 to watch for “any language attempting to require the Public Company Accounting Oversight Board to hold its disciplinary proceedings in public, and any other provisions pertaining to the PCAOB or its oversight.”

The last time the Securities and Exchange Commission sought to “modernize” auditor independence rules was in 2000, even before the Enron failure and Arthur Andersen’s demise, as a result of the growing concern that firms’ increasing focus on consulting was distracting them from their core purpose: auditing. Audit firms became concerned about the growing regulatory and public criticism and two of the four firms sold their consulting practices. A third sold shortly after. Deloitte Consulting, however, never separated from Deloitte & Touche, but instead went on an acquisition spree to grow its consulting arm.

Arthur Andersen’s focus on its lucrative consulting versus its audit of Enron was the catalyst for critics to succeed in getting prohibitions against consulting to audit clients into the Sarbanes-Oxley law. The service restrictions prohibit audit firms from providing non-audit services such as internal audit outsourcing services, financial information systems design and implementation, and bookkeeping to an audit client including company affiliates.

Although the auditors enjoyed an enormous financial windfall from the SOX 404(b) requirement that mandated auditors’ opinions on internal controls over financial reporting, those days are now long gone. When public companies complained about the costs, the PCAOB issued a new rule in 2007 allowing auditors to rely on clients for much of the work to produce the new internal control opinions.

In exchange for living with much less SOX 404(b) revenue, the auditors enjoyed a regulatory laissez-faire attitude towards the conflicts presented by their consulting practices once they started rebuilding them in 2007.

There was no increase in regulatory scrutiny of auditor independence after the Sarbanes-Oxley Act was passed in 2002, however. The SEC and PCAOB rarely enforced any of the pre- or post- SOX auditor independence rules. Between 2002 and 2012, the SEC and PCAOB made only a handful of enforcement actions against the firms and they were minor. The enforcement actions related primarily to infractions that had occurred before the 2002 SOX service prohibitions were enacted.

By the time Lehman Brothers filed bankruptcy in September of 2008, the five-year non-compete period for the Big Four firms who had sold consulting practices had passed. A rebuilding was in full swing. PwC and Deloitte each bought half of BearingPoint, the KPMG Consulting spinoff that first went public and then went bankrupt in early 2009. The firms also focused on new service areas that were not restricted by the SOX, such as strategy consulting.

A re-emergence of the consulting practices before the financial crisis came just in time for billions of dollars of work associated with the big banks’ post-crisis foreclosure exposure and the growth of consulting on governance, risk, and compliance issues.

One might think that after almost fifteen years, the auditors, and their public company executive clients, would be used to the changes made by the Sarbanes-Oxley Act of 2002. Enacted by Congress on July 29, 2002, SOX was supposed to “enhance corporate responsibility, enhance financial disclosures and combat corporate and accounting fraud.”

But corporate fraud hasn’t disappeared. The requirement for an auditors’ opinion on internal controls over financial reporting at public companies arguably gives investors a false confidence that auditors will detect fraud when it does occur. That’s a duty the global audit firms reject over and over again when frauds occur and they are sued.

The audit firms have also resisted the authority of the new regulator, the Public Company Accounting Oversight Board. They’ve even publicly embarrassed the PCAOB by openly disagreeing with it.

“He’s beating up on our profession, this has to stop,” he reported that one firm leader complained.

Recent PCAOB enforcement actions include sanctions against audit firm leaders in Deloitte Brazil and Deloitte Mexico for lying to PCAOB inspectors and falsifying audit documentation to obstruct investigations. Just a few weeks ago, the WSJ reported that a PCAOB professional had given inspection information to a KPMG staff member and firm leaders used the information to potentially cheat on future reviews.

Mary Jo White, appointed SEC Chair by Barack Obama in April of 2013, brought a renewed focus on auditor independence with enforcement actions against “gatekeepers” that enabled corporate fraud. In January of 2014, the Securities and Exchange Commission announced an $8.2 million settlement with KPMG over other violations of auditor-independence rules. The SEC said KPMG had loaned staff to multiple public company audit clients from at least 2007 through 2011. That’s prohibited by SEC rules.

The SEC then went on a bit of a tear, compared to its lack of activity in the immediate post-Sarbanes-Oxley era.

Perhaps it’s the fear of more auditor independence violations that haven’t yet hit regulators’ radar that may be driving the Big Four to lobby to get rid of the rules.

In November of 2014, the International Consortium of Investigative Journalists (ICIJ) and its media partners released 28,000 Luxembourg tax-ruling documents prepared by PricewaterhouseCoopers for 340 corporate clients, including a very large number of PwC audit clients. PwC had sold, and client audit committees had approved, non-audit tax services for “transaction[s] initially recommended by the accountant, the sole business purpose of which may be tax avoidance and the tax treatment of which may be not supported in the Internal Revenue Code and related regulations.” That’s prohibited by the Sarbanes-Oxley Act of 2002.

During the trial Lynn Turner, a former chief accountant for the Securities and Exchange Commission and a witness for the plaintiffs, told the jury that PwC had violated auditor independence standards after one of the PwC senior managers, T. Brent Hicks, was hired by Colonial in a top financial oversight position. Turner testified that as a result, PwC was not independent in 2005 and 2006. PwC tried to suppress Turner’s testimony, but the court denied the motion.

That was not the only potential independence violation mentioned during the trial. The court also determined pre-trial that PwC was not independent, “as a matter of law,” for 2004 because a contract between PwC and a Colonial subsidiary included prohibited indemnification language, a violation of SEC rules.

Where is T. Brent Hicks, the former Colonial accounting chief and PwC audit team member, now? He is currently the Senior Vice President at BB&T Bank, another PwC audit client.