Worried About Concentration? Then Worry About Rent-Seeking 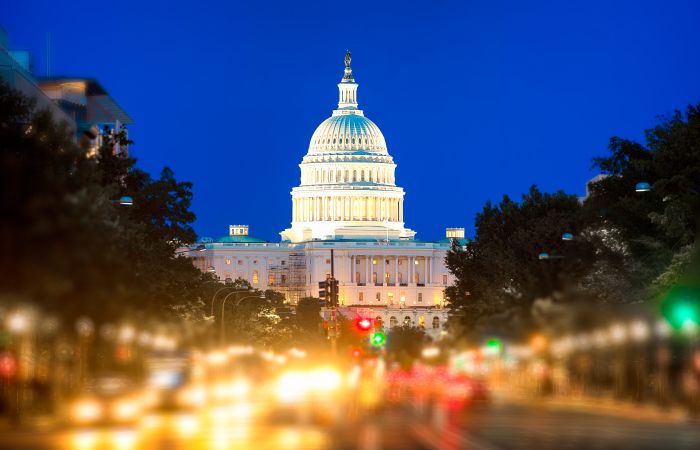 Brink Lindsey
Brink Lindsey is vice president and director of the Open Society Project at the Niskanen Center.

Steven M. Teles
Steven M. Teles is associate professor of political science at Johns Hopkins University and a senior fellow at the Niskanen Center. This piece is adapted from their upcoming book “The Captured Economy: How the Powerful Enrich Themselves, Slow Down Growth, and Increase Inequality”(Oxford University Press).

Rent-seeking is a, if not the, mother of excess market power.

The apparent increase in U.S. industrial concentration has raised growing concerns about weakening competition and inflated profits. Attention to this issue typically focuses on whether insufficient antitrust enforcement has abetted unhealthy accumulations of market power to the detriment of consumer welfare. Here, however, we want to explore another possibility—namely, that government may be actively contributing to increased concentration as well as failing to rein it in.

Many lines of evidence point to a trend in recent decades toward fewer and bigger firms. At the macro level, between 1997 and 2012 the share of total industry revenue accounted for by the 50 biggest firms in that industry rose in three-fourths of the broad nonfarm business sectors tracked by the Census Bureau. More fine-grained analysis shows trends toward higher concentration in industries as diverse as banking, agribusiness, hospitals, wireless providers, and railroads.

As industries grow more top-heavy, they are also becoming more profitable. Post-tax profits as a percentage of GDP bounce around quite a bit from year to year, but from a trough of 3 percent in the mid-1980s they have climbed above 11 percent as of 2013. According to research by Jason Furman and Peter Orszag, the run-up in profit margins has been highly concentrated. While returns for the median firm have risen gently over the past 30 years, returns at the 90th percentile of profitability have skyrocketed: from under 30 percent in the mid-’80s to over 100 percent in the past few years. And these fat profits at the top are unusually persistent: 85 percent of firms with returns on invested capital above 25 percent in 2003 were still enjoying returns above 25 percent in 2013.

The combination of growing concentration and outsized profits raises the question of whether the former is causing the latter. But here things get complicated. Concentration can be measured in many different ways, and there is no clear, stable relationship between any of those measures and what we actually care about—whether firms experience robust competitive pressure from existing and potential rivals. Indeed, sometimes a shift toward fewer, bigger firms in an industry can mean greater dynamism and efficiency: think of the retailing sector, where the displacement of small mom-and-pop stores by national big-box chains has brought huge gains for consumers. Conversely, think about industries like funeral homes, where regulation-driven deconcentration prevents the entry of larger firms with innovative and cost-reducing business models.

Nevertheless, the hypothesis that concentration is leading to an increase in market power—and thus an increase in excess profits, or rents—is certainly plausible. For example, network effects in information technology have given rise to a succession of firms that dominate their new industries and post gaudy returns: Microsoft, Google, and Facebook, to name the most prominent. Meanwhile, the adoption of more permissive merger review standards in the early 1980s may have allowed consolidation in some industries to go too far, slackening competitive pressures and thus boosting prices and profits.

But there are good reasons for believing that causality is running in the other direction as well: increased concentration can not only be a cause of rents, it can also be a consequence of them. In the other scenario, government policy can be blamed for sins of omission—i.e., lack of vigorous antitrust enforcement. Here, though, we are talking about sins of commission: government policies that affirmatively encourage greater concentration. Specifically, government-created entry barriers and subsidies that create rents for favored companies can also create economies of scale in exploiting those rents.

Consider, for example, how the not-so-temporary monopoly protection afforded by copyright law affects the structure of the entertainment industry. The industry features strong winner-take-all dynamics: the vast majority of books, records, and films generate very small sales while a lucky few become huge hits. In the absence of copyright (or if terms were much shorter than the current life plus 70 years), the artist and original distributor of one of these lucky jackpot winners would receive income from sales, but so too would other distributors that moved in once it was clear that the work was in high demand (or once the work entered the public domain). Because of copyright, all sales are captured by a single distributor, and the price per unit sold is substantially higher as well because of the lack of competition.

Consequently, with the dramatic lengthening of copyright terms, the financial stakes in discovering and effectively marketing the next runaway hit with enduring appeal are now enormous. Success means the creation of a cash cow that can sustain corporate profits for many decades. It is unsurprising, then, that the industry has come to be dominated by a few media giants: four record labels account for roughly 85 percent of U.S. recorded music sales and 70 percent of the global market, while five movie studios have captured around 80 percent of the U.S. market and 75 percent globally. The industry has become organized around the maximization of returns from the occasional crowd favorite. This task requires large-scale investments in talent search and marketing for success in the long term, which means developing a diversified portfolio of new talent and a growing inventory of cash cows to milk as efficiently as possible for as long as possible.

Another example can be found in banking, which has experienced enormous consolidation in recent decades: the total number of U.S commercial banks has fallen from over 14,000 in the mid-1980s to around 5,000 today. Much of this was an efficient response to the demise of misguided restrictions on branching that had long rendered U.S. banks under-diversified and crisis prone. However, other motivations besides efficiency appear to have been in play as well. This same time period has witnessed a string of ad hoc bailouts of financial institutions: Continental Illinois in 1984, the Latin American debt crisis of the 1980s, the peso crisis of 1994, the Asian financial crisis of 1997-1998, Long Term Capital Management in 1998, and of course the financial crisis of 2007-2009. Against this background, mergers and acquisitions to increase bank size could realize
political economies of scale as well as market-related ones by rendering an institution “too big to fail” and thus eligible for a bailout in the event of a crisis. Indeed, there is evidence that acquiring banks have paid a premium to achieve this protected status.

Even when regulations are aimed appropriately at addressing genuine market failures, they can still act as entry barriers—and thereby create rents—as an unfortunate side effect. These rents, in turn, can encourage greater industrial concentration. Regulatory compliance typically entails fixed costs that don’t vary with firm size, which means they give a competitive advantage to bigger, older firms that can spread those costs over much larger operations. This applies to environmental, health and safety regulation, but government also imposes large fixed costs by requiring firms to administer welfare state functions like health insurance and pensions.

Accordingly, a steady accumulation of compliance costs can lead to larger firm size in pursuit of regulatory economies of scale. While this possibility isn’t an argument against otherwise beneficial regulation, it does point to the need for careful policy design to ensure harmful side effects are minimized. And the regulatory status quo exhibits clear signs that this need has not been adequately addressed.

A free-trade slogan from the late nineteenth century held that “the tariff is the mother of trusts.” The idea was that protectionism, by reducing competition from abroad, was facilitating the creation of monopolies at home. Here in the early twenty-first century, we can argue in similar fashion that rent-seeking is a, if not the, mother of excess market power. Reduce government policies that thwart and distort market competition, and the incentives that encourage excess concentration will dissipate accordingly.

Brink Lindsey (@lindsey_brink) is vice president for research at the Cato Institute. Steven M. Teles is associate professor of political science at Johns Hopkins University and a senior fellow at the Niskanen Center. This piece is adapted from their upcoming book The Captured Economy: How the Powerful Enrich Themselves, Slow Down Growth, and Increase Inequality (Oxford University Press).