The Euro Crisis and The Clash of Ideologies: Q&A with Markus Brunnermeier 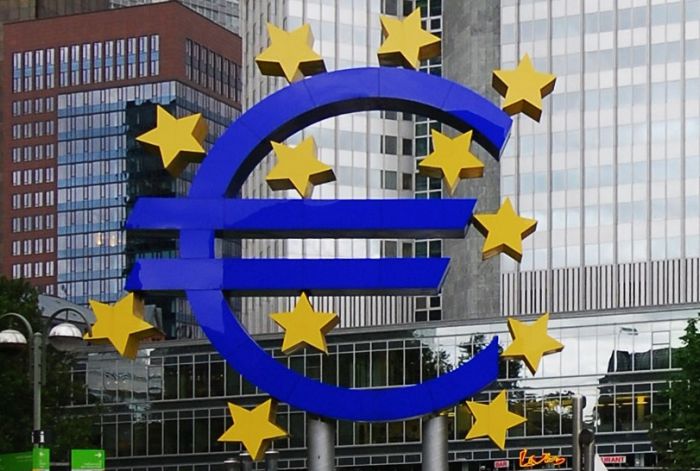 Researchers discovered that the introduction of Uber had negative impacts on transportation, findings that required cooperation with public authorities when Uber refused...
Read more
News

Brunnermeier, co-author of the recent book The Euro and the Battle of Ideas, participated in our November 30 event on the future of the euro (you can watch the panel here). In an interview with ProMarket, he explained why the euro crisis is largely driven by a clash between the opposing economic philosophies of France and Germany.

The euro crisis, which began in late 2009, has been attributed to several factors in the past six years, from excessive public debts accumulated by crisis euro countries, to a sick banking system, to structural flaws in the design of the euro, to incompetence on the part of European leaders who insisted on austerity policies that prolonged the crisis and threw countries like Greece into a depression.

In their new book, The Euro and the Battle of Ideas (Princeton University Press, 2016), authors Markus K. Brunnermeier, Harold James, and Jean-Pierre Landau track the roots of the crisis to a clash between two opposing economic philosophies: those of France and Germany. The authors criticize the architects of the European single currency for failing to reconcile in time the inherent tension between Germany’s rule-based approach and France’s more flexible philosophy, instead opting for a system that demands constant compromising.

Ahead of our November 30 event on the future of the euro (you can watch the panel here), we spoke with Brunnermeier, the Edwards S. Sanford Professor at Princeton University, about his new book.

Q: Can you describe the main thesis of the book?

The main thesis of the book is that it’s not only interests that matter in solving the euro crisis but also the ideas. Interests are interpreted through the lens of ideas. The economic philosophies, particularly those of France and Germany, are very different. France is much more centralized, much more planned, while Germany is more focused on rules. Some say that’s because Germany is a federation, and in a federation you have to regulate things ex-ante.

You might think that these philosophies are cast in stone, or have always been like this. But in fact, the roles changed after the Second World War. Before then, France was more laissez-faire and against planning, while Germany was more centralized.

The roles switched after the Second World War. Germany moved away from the arbitrariness of Nazi interventions to a philosophy that limited concentration of power and the arbitrariness of the government. It was successful, and the German people fell in love with it. France had a lot of austerity measures before the war, which meant cutting the military budget, and that made France vulnerable to the German attacks of 1940. This laissez-faire approach was blamed for making France vulnerable to the Germans and therefore dismissed. Q: You devote the majority of your book to the clash between the opposing economic philosophies of France and Germany, and you give less attention to Brussels. What makes France and Germany so important in the context of the euro crisis?

France and Germany are the engines of European integration. If France and Germany agree on something, all countries fall easily in line. In a broad sense, Nordic states have a similar view to that of the Germans, while Mediterranean states hold views similar to the French.

In the spring and fall of 2010, two power shifts occurred. The first was a shift away from Brussels. The IMF was brought in and the intergovernmental EFSF was established. From that point onwards, everything was decided by the heads of state or national finance ministers and not by Brussels bureaucrats.

The second shift took place in the fall of 2010: the famous walk on the beach between French president Nicolas Sarkozy and German chancellor Angela Merkel, where they agreed that there would be a haircut and debt restructuring on privately held Greek debt. From then onward, the rates on Spanish and Italian bonds spiked. It was well understood that what Germany and France say could make the interest rates go up and ruin economic prospects. That’s a tremendous power, and it meant that Paris and especially Berlin gained on influence.

The two nations want to fix the euro crisis but also set a precedent for how to deal with future crises. Especially the Germans; the French are more concerned with solving the current crisis.

Q: Several economists are saying that the euro was a mistake, at least in the way it was done, and that the euro is doomed. Your book presents a more optimistic take.

I think the euro is sustainable. I believe the willingness of the population to stick together and do the right thing is greater than U.S. economists think. There are of course dangers and challenges, but it isn’t very likely that the euro will break up. I would certainly not put it at more than 50 percent, like other economists. But by saying the euro is doomed, one makes it more likely.

If you look at the growth rate of GDP per capita since the crisis, it is almost the same as in the U.S. I agree that there is hardship, no question about this. The question is whether without the euro everything would be hunky-dory. Moving back to a European snake arrangement, the European arrangement in the 1990s in which exchange rates float freely within a narrow band, is also prone towards crisis episodes.

Others argue that the euro allowed these large capital flows to the peripheral states before the crisis. Most of these countries’ GDP grew significantly, but it also made them vulnerable. This reasoning is only partially true since there were also large capital flows to Eastern European countries outside of the euro area. Those countries had to deal with a sudden stop [that was much harsher]. Countries within the euro area could smooth the transition better.

Q: In the book you offer a number of remedies, such as unemployment insurance and pan-European bonds, or “ESBies.” Some economists, like your fellow panelists Joseph Stiglitz and Luigi Zingales, have argued that further political integration is necessary for the euro to be sustainable. Would you agree?

To the extent that it’s feasible. At the moment we need to find clever ways to get economic integration without requiring too much political integration. A fiscal union is currently not feasible. In our book we provide a path forward that we feel is doable, given the current political climate. We don’t argue for a full fiscal union, because the population is not ready for it, and it would be a mistake to force it from the top.

Q: The current political climate seems to be anti-euro. Is there a way to save the euro in this atmosphere?

For decades, national politicians blamed Europe or the euro for unpopular measures. Whenever something good happens, they take credit for it themselves. It is not surprising that people are upset with Europe.

That’s why, I think, we need proposals like ESBies that don’t violate the German liability principles, on the one hand, but also provide a safe asset consistent with the French perspective. One has to find clever ways to push for things people are willing to do, and let people see that it’s beneficial to them.

The euro crisis is in a way a symptom of a much larger crisis we are facing more broadly all around the global scale. I am not saying that managing the next months and years will be easy, but there is a path forward. A lot depends on who will be the next French president and on Italy and its weak banking sector.

Security is another factor, with Russia on the one side and the U.S. potentially scaling back its engagement in Europe within NATO. There might be a sense that Europeans have to stick together, a sudden realization might kick in that [there are] certain problems individual nations can’t face on their own. Importantly, while France and Germany might have fundamental differences in how to manage a crisis and the economy, most Europeans agree on the end goal. They want to live in an open and inclusive society which protects citizens against individual shocks and hardship.