In the 2016 Presidential Election, Only 0.4 Percent of Donations Were Made by Donors Who Donated to Multiple Candidates 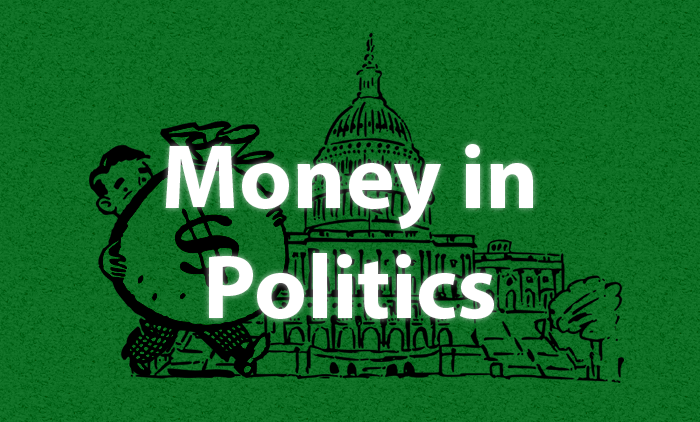 In the 2016 election, Donald Trump received few donations from people who had donated to other candidates in the Republican primary; the opposite occurred in the 2012 election.

Donations can be interpreted as an expression of voting intention. Any time a donor switches her donation between candidates (i.e., donate multiple times, but to different candidates) she might be expressing a change in her preference among candidates.

Using electoral campaign data for the 2016 and 2012 presidential elections, we analyzed those individuals who donated multiple times to different candidates over time. For simplicity, we focused our analysis only on the first and last donation (to track the long-term evolution of donors’ preferences over the election cycle). Our results show stability in the donation patterns of Democratic supporters: those whose first donation went to a Democratic candidate tended to keep donating to Democrats subsequently. This is true both for the 2012 and the 2016 election.

In the current election, however, Republican donors showed greater propensity to switch donations to a Democratic candidate (mostly Hillary Clinton).

Many Republican donors not only did not support the eventual nominee (Trump) in their last donation, but actively switched and donated to Clinton. 231 Republican donors first contributed to Christie, John Kasich, or Jeb Bush, but later donated to Clinton. In total, these supporters contributed $524,333 to Clinton (half of this number came from Kasich supporters). 1.4 percent of Jill Stein’s donors came back to support her in their last donation after donating to other candidates. Many other Republicans turned their donations to Gary Johnson: in total, 291 supporters of Kasich, Marco Rubio, Rand Paul, Bush, and Fiorina contributed to the Libertarian Party nominee with a total amount of $598,942.

Table 1 summarizes the total number of donors who donated to multiple candidates. Trump and Clinton received the largest number of donations from donors who first contributed to other presidential candidates (as expected, since they are their parties’ nominees). For example, 2,488 of Bernie Sanders’ contributors donated to Clinton in their last donation; 466 donors donated first to Clinton, then to other candidates, and then came back to donate to Clinton. Among the 557,923 donations received by Cruz, 1,430 contributed later to Trump and 83 came back to support him in their last donation. Among the 6 million donations given during the 2012 presidential election, 11,454 donors contributed to multiple candidates, as Figure 2 shows. There is a clear preference among supporters of Republican candidates for Mitt Romney; the majority of donors to other Republican candidates later donated to Romney, with a much higher level of support than Trump has received in the 2016 election. 10 percent and 9.4 percent of donors who first contributed to Rick Perry and Tim Pawlenty contributed their last donation to Mitt Romney, raising a total of $4,796,096 and $1,544,012 respectively. At the same time, 7.2 percent of Cain’s and Huntsman’s donors contributed their last donation to Romney.

In the 2012 election, donors switching parties was extremely rare, as is clear from Figure 2 (for example, effectively no donors switched from Obama to a Republican candidate or from Romney to Obama).

One methodological caveat: we use information such as name, city, state, and zip code to track donors between elections. If an individual reported the same name but a different zip code, city, or state, we are not able to track her in both datasets, and she will appear instead as two different donors, with each donating only in one election.

Democratic candidates gained 441,115 new donors in this election cycle, contributing on average $846 each. Among those new donors, 51 percent contributed to Bernie
Sanders for a total of $79,274,874. Clinton received donations from 49 percent of the new donors who contributed in total $290,255,646. In total, there are 161,732 donors that participated in the 2012 election and donated during the 2016 primaries (representing almost 9 percent of the total number of donors); 53 percent supported Democratic candidates, 46 percent to Republican candidates, and 1 percent divided between the Green and Libertarian parties.

Only few Obama supporters changed their donations to Republican candidates in 2016, both during the primaries and in the general election. 0.5 percent of the donors that gave to Obama in 2012 and then donated again in 2016 switched to Trump, Bush, Rubio, or Cruz. The total amount raised by these supporters was $1,241,744.

Lastly, we analyzed how many big donors (those who contributed above $100,000) participated in both elections. 1,148 big contributors donated in at least one election, 757 in the 2016 presidential election, and 346 in the 2012 presidential election. Only 45 big donors contributed in both elections. As Figure 4 shows, 94 percent of Republicans’ contributors who donated in 2012 donated to a Republican candidate in 2016. All of the people who donated more than $100,000 to Democratic candidates in 2012 and then donated in 2016, donated again to a Democratic candidate.

We did not include non-itemized contributions, given that contribution committees and campaigns do not have to disclose their information.