Are Business Schools Responsible For Strengthening Ethical Norms Among Students and Alumni? 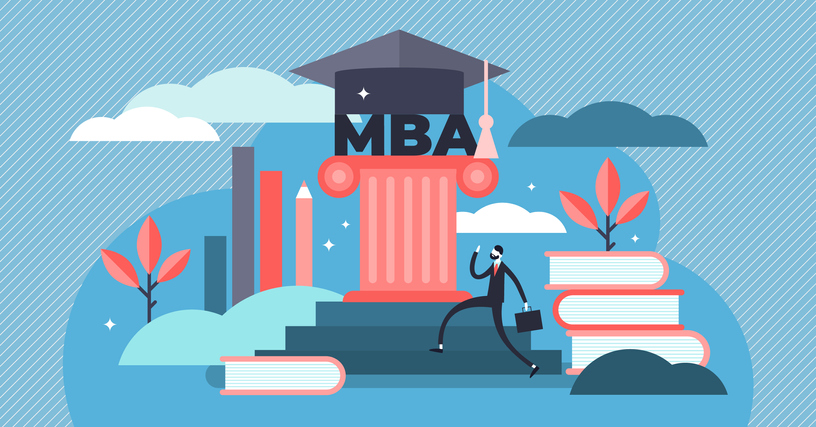 Are business schools partly to blame if their alumni engage in wrongdoing? As the proliferation of scandals and legal cases involving financiers and top business executives in recent years has caused many to wonder about the causes of what could be interpreted as a decline in ethical standards in American business, some have pointed to the curricula of business programs as a possible contributing factor.

Is it really fair to blame business schools for their alumni’s bad behavior? After all, for every Raj Rajaratnam convicted of insider trading, there are countless others who run companies and conduct business in a completely ethical way. Nevertheless, numerous studies have shown that the study of economics does have an effect on the behavior of students. The most famous, perhaps, is a 1993 study by Robert H. Frank, Thomas Gilovich, and Dennis T. Regan that found that graduate students in economics are more likely to free-ride than the general public. A 2006 study by Donald L. McCabe, Kenneth D. Butterfield, and Linda Klebe Treviño found a higher rate of cheating among graduate business students.

In the past two decades, business schools have taken great strides to strengthen ethical conduct by adding ethics classes to their curricula. Harvard Business School has required MBA students to take courses in business ethics since the late 1980s. Even before the financial crisis bolstered the calls for a larger ethical component in business schools, the number of business schools offering ethics courses had increased dramatically (most, though, have not made them mandatory). Yet some still place some blame on business schools, claiming they’re not doing enough.

Are business schools partly to blame for the pervasiveness of misconduct among American businesses? Are they partly responsible for the perceived decline in ethical norms among executives? And what can they do about it? These questions were the focus of a panel hosted last month by the Curran Center for American Catholic Studies at Fordham University. The panel featured Chicago Booth professor Luigi Zingales (one of the editors of this blog), Cornell Law Professor Lynn Stout, and Donna Rapaccioli, Dean of Fordham’s Gabelli School of Business.

Provocatively titled “Do business schools incubate criminals?”, a title taken from a 2012 Bloomberg article by Zingales, the panel focused on the question of whether business schools have a responsibility to instill ethical norms in their students.

Zingales, who opened the panel, answered in the affirmative, and highlighted four possible reasons for what he called “a lack of social norms becoming pervasive.” One was what he termed as “moral agnosticism.” Other factors, said Zingales, were the inadvertent depiction of certain moral behaviors as irrational, and the low social cost of committing misconduct. “If you can tell me the last time you’ve heard of an alumnus that was thrown out of an alumni network of a business school because of unethical or illegal behavior, I will be happy to learn. I have not heard of any case,” he said.

When it came to prescriptions on how to mitigate this issue, Zingales did not advocate mandatory ethics classes. “My recipe is not to teach more classes on morality in business school. I think teaching morality in separate classes has the opposite effect.” The solution, he said, “is to embed morality in our teaching, which is a very different thing.”

However, he cautioned: “I am not naive enough to believe that education will fix all problems. No amount of education can prevent some people from engaging in bad behavior. However, it can contribute to a social consensus that would reduce the incidence of fraud.”

In response to Zingales’ talk, Rapaccioli highlighted the positive role of business schools and, while agreeing with the basic premise that certain aspects of business teaching do need to change, argued that they are already changing. “We’re at a tipping point in business education, and schools are recognizing it,” she said.

“In my view the world is changing. There was a 2012 Net Impact survey that found 80 percent of 13-25 year olds want to work for a company that cares about its impact on society. 80 percent of the work force of the future is thinking about how the company they’re going to work at impacts society. Fifty percent said they would refuse to work for an irresponsible company. The stage is set,” said Rapaccioli, who added: “Do we have tons and tons of work to do? Yes. But I would posit the question differently: Do business schools incubate high impact lawful business leaders? I would argue that yes, and we can do that more and more.”

In her remarks, Stout focused on the social signals business schools might communicate to their students. “Busi
ness schools are indeed contributing to criminal behavior, but it’s fixable,” she claimed. “In terms of what makes people misbehave, the science tells us it comes down to three things: who you are, the social signals you receive, and the financial rewards and punishments you face.” Regarding social signals, Stout added: “If you want to know how to make people behave, give them the following set of social signals: a respected authority should tell them to behave, they should think other people are trying to behave, and they need understand why the world is a better place when everybody behaves themselves. We are all intuitive utilitarians. We’re willing to sacrifice and restrain ourselves when we think the result is greater benefit to other people and to ourselves. People don’t like to sacrifice and follow rules when they can’t understand how following that rule benefits themselves and others.”

“Business schools do have a lot of control over the social signals that students are receiving,” Stout added. Another concern, she said, is imitation. “People do what other people do. We have to worry when we have examples in front of our students of people cheating and getting away with it. They’re going to imitate what they see.”

A possible solution, she suggested, was a form of social punishment. “When you find cheaters, whether among your students or among your alumni, you need to identify them and get them out, because criminality is contagious. If we tolerate it, other people will catch up.”

Another suggestion was clarifying the societal costs of wrongdoing. “I think we need to be much explicit to our students about the costs of conduct like insider trading, fraud, selling dangerous products. So they can understand, and can’t rationalize to themselves that their behavior isn’t harmful.”